We offer socially distant crawl space estimates and will work within your level of comfort.

Stone Foundations - What, Why, and How 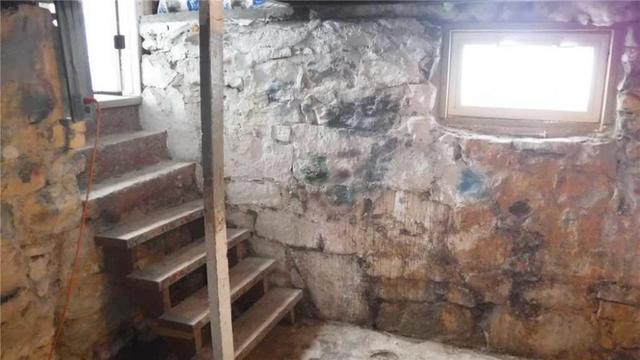 There’s are endless articles about poured concrete walls, and block concrete walls, and the differences between them; about the pros and cons of each, and the problems that befall each type. But when it comes to stone foundations, there’s very little information out there beyond: “They’re interesting,” “They’re usually old,” and “If one falls apart, you’re doomed.” So let’s talk about them.

Stone foundations were common pre-World War I, which is why you tend to see them in old farmhouses and newly minted historic districts. The foundation is composed of stones, obviously, with mortar filled between them and spread over top to bind them together into the walls that make up the home’s foundation.

Why do they crumble?

Due to their composition and lack of uniformity, stone foundations are more likely to have problems when mortar crumbles due to water, bowing, or even just time. Crumbling is never good, but think about the structure of a stone foundation vs a block foundation; if the mortar between two blocks starts to decay, it’s a problem, but due to the uniformity of the blocks and the building structure, you have some time to fix it.

Crumbling mortar in a stone foundation is sort of like pulling an apple out of the middle of a pile at the store - maybe the structure will stay in tact, but you can’t be sure. Plus, once that surface layer of mortar starts to go, the interior is more likely to keep crumbling apart until the wall is failing at an exponential rate.

At the end of the day, you’re also more likely to see wall failure in stone foundations simply because of the age of the structure, which is something you can’t control. Mortar isn’t a forever thing - it will degrade and crumble over time.

How can you fix them?

The situation isn’t as hopeless as most home blogs would lead you to believe. Their only solution is repointing - replacing the mortar - and hoping for the best. This leaves you at risk for the same problem to creep up as moisture and time degrade the mortar again.

Shotcrete is a sprayed application of concrete; after creating a steel mesh framework, shotcrete is applied to the existing walls with a high-pressure hose. This creates new concrete walls that bond to and replace the stone as the weight bearing, stable foundation. You’ll lose a few square feet of basement space due to the new walls, but it’s better than watching the old walls cave in.

If your home has a stone foundation, or you’re contemplating buying a home that has one, know that it’s not a hopeless case. You just need the right company to fix it with the right products. Call today to schedule your free inspection.