Foundation Repair Before & After Photos 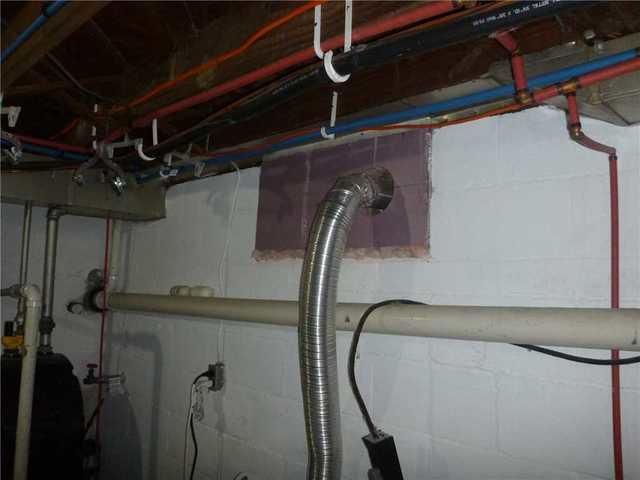 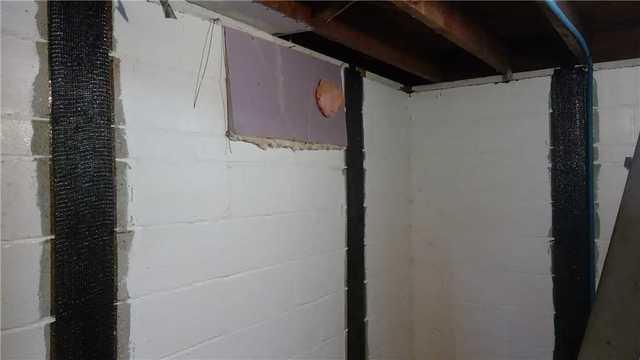 This homeowner called us because over time their basement wall had began to bow inward. This was a slow process and has horizontal cracks around the bowing. They weren't experiencing any water issues...yet. We assured them it was best to get it fixed before they did have a foot of water in the basement or before the foundation failed.

After a careful inspection and talking to the homeowners we both decided the best solution to the problem would be to install our Carbon Fiber straps. Carbon fiber is made of a very high tensile strength that is impossible to stretch. This makes it easy to adhere the carbon fiber to the bowing wall. This makes the wall stay where it's at without getting any worse over more time. 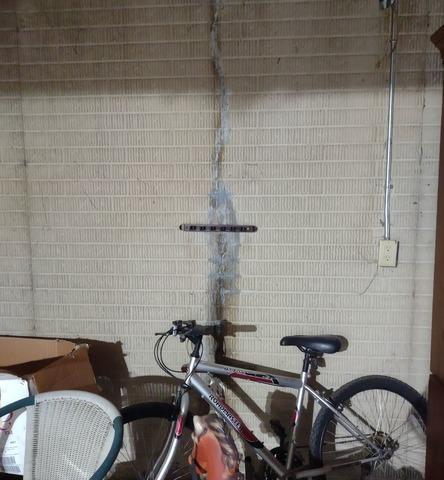 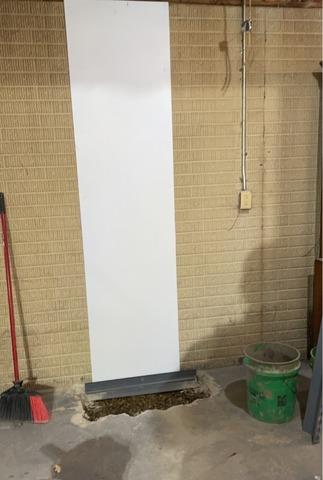 Rob was worried about the small wall crack he had in his wall spreading so he decided to take action. He called Ayers for possible solutions and we sent out a crew for a free inspection. After scanning this wall crack over, it was decided that Rob would need our FlexiSpan solution.

The benefit of FlexiSpan being that this is the best option to tackle small wall cracks before they spread into something worse. It is especially nice if you are not looking to pay for a full remodel. This solution is made of a watertight, flexible sealant that covers the entire length of the crack. Then another drainage layer is added so that if water did permeate the membrane, it would flow down the original wall out of sight and would be directed to your drainage system. As you can see in the after picture, our WaterGuard System was added below the FlexiSpan solution on the wall which is a sub-floor drainage system for any water to flow.

Rob was thrilled to have this wall crack sealed before it jeopardized the safety of his home! 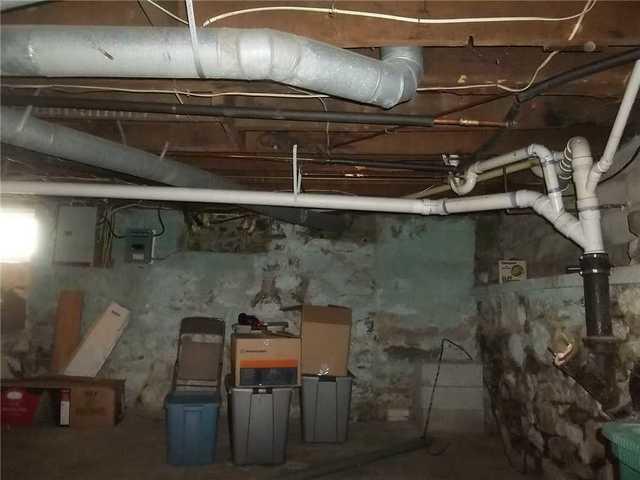 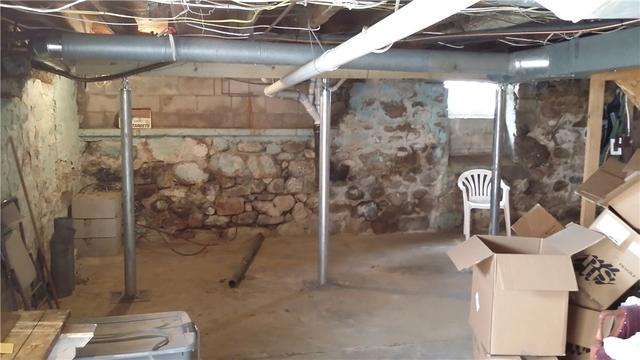 After a questionable foundation repair to this Cement City, MI home, the owners began to notice that they’re basement didn’t look quite right. There were cracks in the foundation and front porch. Not to mention, both the floors upstairs and porch seemed to be sagging and uneven. In other words, the foundation was starting to settle. The owners wanted to keep their basement separate from the upstairs for a little while longer, so they made a call to the basement and foundation experts, Ayers Basement Systems.

To fix this settling foundation, the crew used SmartJacks. The jacks are usually used to repair the floor above sagging crawl spaces, but thanks to their adjustability, the jacks were perfect for this low basement ceiling. Similar to the installation process for crawl spaces, the SmartJacks were attached to previously installed reinforcement beams in the ceiling and lodged into the concrete slab at floor level. The SmartJacks will reduce the amount of stress on the foundation and stabilize the ceiling back to its original position.

If you’re interested in a foundation repair, then give us a call for a free estimate! 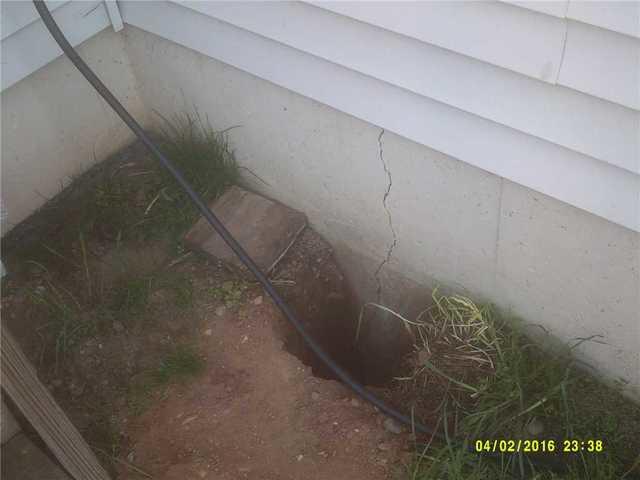 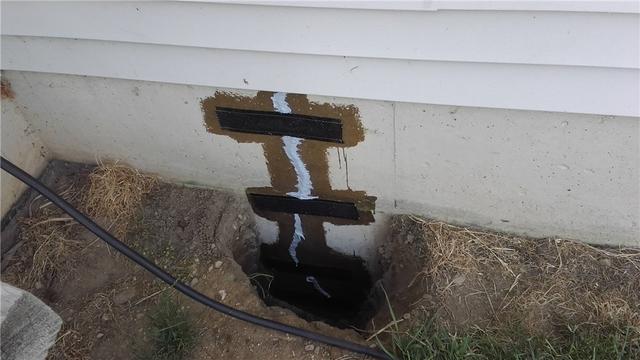 A crack in the garage foundation was the reason behind the call from these Grass Lake, MI customers. The before photo shows the crack running vertically down the garage from the outside, but the damage of the spreading foundation wall could be seen on to the inside of the garage as well. Having already used our services for foundation repairs in the past, they knew they could trust us for this job as well.

To seal these cracks permanently, the crew used our CarbonArmor Wall Reinforcement system. Based on the innovative technology of aerospace engineers that is now used to support bridges, skyscrapers, and bomb shelters, CarbonArmor strips are a fast repair product that offers both a permanent solution and peace of mind. Once the soil was excavated, the wall cleaned and a high strength epoxy resin applied, the strips were placed over the crack to pull the wall together and keep it that way. After giving the strips time to dry, the crew replaced the soil that missing in the after photo and assured these customers that their damaged foundation problems were over for good.

Shotcrete Saves the Day For a Howell, MI Resident 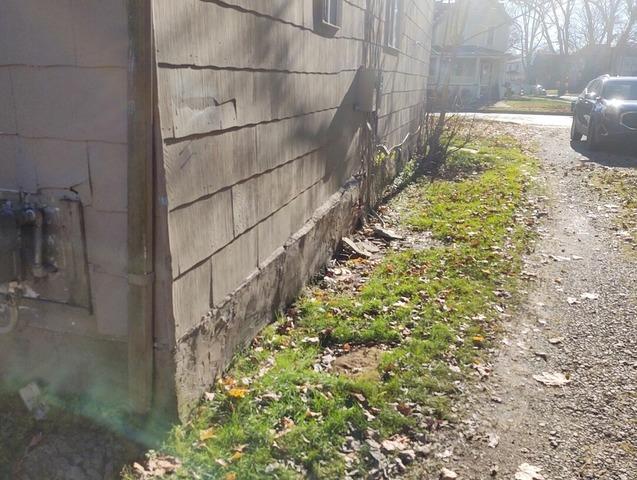 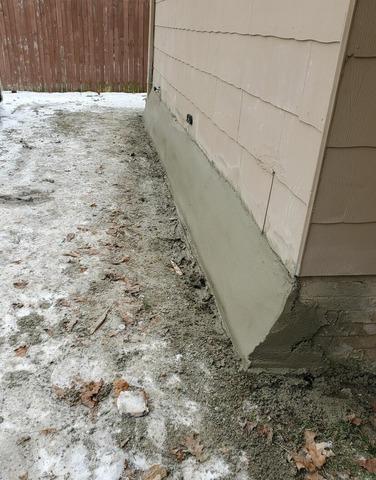 After recently buying a home, Carlyn realized some foundational problems. The brick foundation walls were bowing and cracking, and the home's integrity was questionable. Carlyn reached out to Ayers to find a solution. After an assessment of her home, the team at Ayers suggested Shotcrete.

Shotcrete is concrete or mortar that is sprayed through a high pressures hose onto a wall or surface; thus sticking and creating structural support. Shotcrete can stabilize foundation walls that are failing through the distribution of weight and pressure. One applied the brick foundation in Carlyn's home was stabilized!