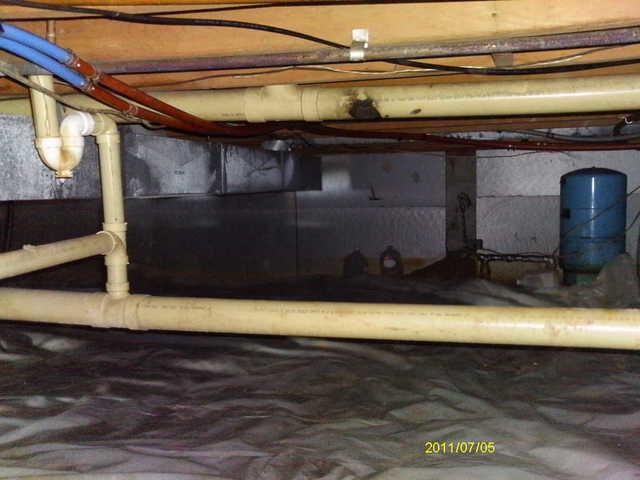 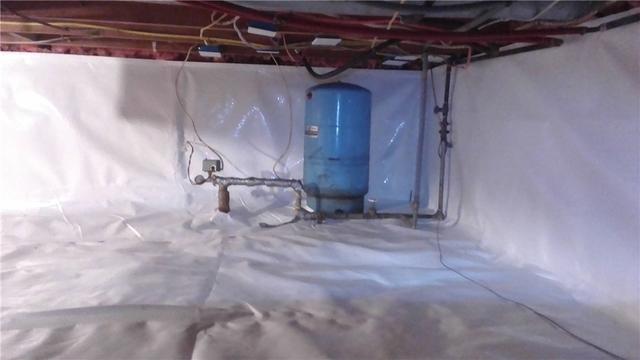 The crew took a trip out to Cadillac, MI to upgrade this crawl space’s encapsulation. After losing a sale because of the mold and standing water in there, the owner knew something needed to be done. Dirt floor crawl spaces allow moisture to pass through easily, so unless the barrier protecting the crawl space is impenetrable, mold will always be a threat. CleanSpace is an inorganic plastic barrier that won’t allow mold to grow, nor will it be penetrated by mold’s best friends: water vapor and humidity. The crew also installed a drain and SmartSump, so standing water is just as unwelcome in this crawl space as mold. If you’re worried about mold in your crawl space, let’s talk. 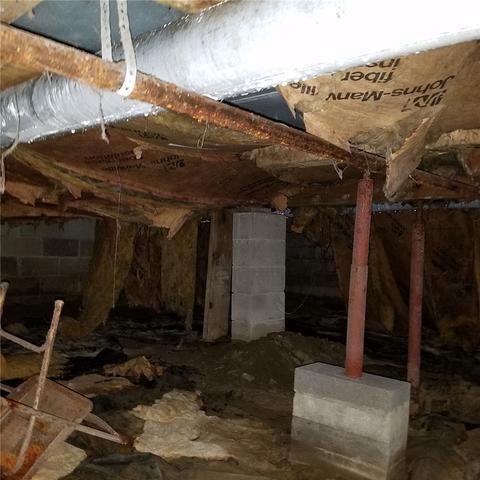 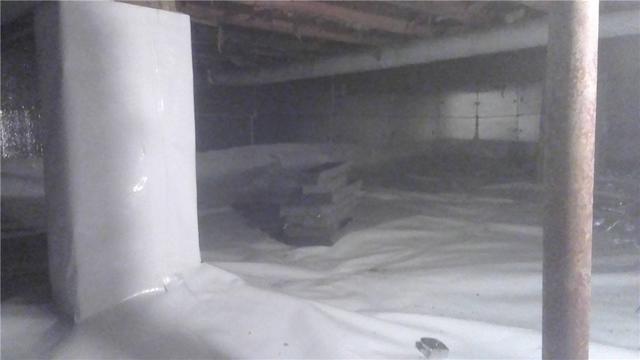 These Hudson, MI customers were in the middle of a serious remodel. The groundwater around their home was causing a host of problems to the basement and crawl space. In an effort to save their lower levels from a watery grave, they had excavated the worst areas, added in a drainage system to the basement, and filled in as many of the leaking cracks as they could. The plan seemed to have worked for the basement, but the constant dampness had really affected the crawl space, as seen in the before photo. Not only were the floor joists starting to rot, the insulation was also coming down. That’s when the crew introduced the customers to our CleanSpace Vapor Barrier System. Dirt floors allow moisture easy access to the crawl space, but with the CleanSpace system covering both the floors and the bottom portion of the walls, there is no entryway for moisture.

As you can see in the after photo, CleanSpace wasn’t the only product we installed. The SilverGlo Wall Panels will act as insulation and create another barrier that keeps leaking water from coming through the walls. With neither walls nor floor allowing water inside, this crawl space won’t have any more trouble with dampness. 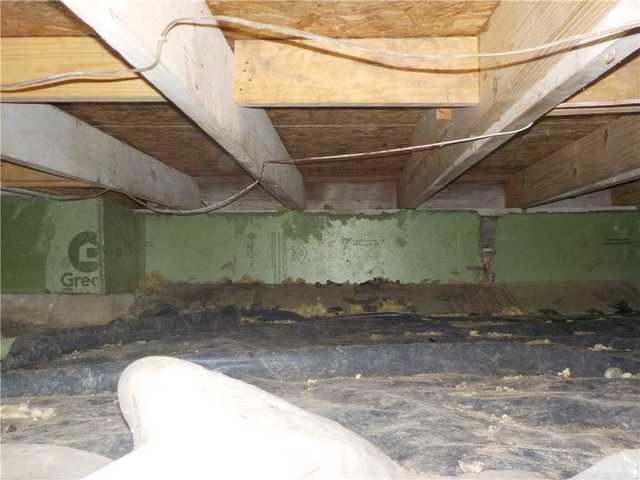 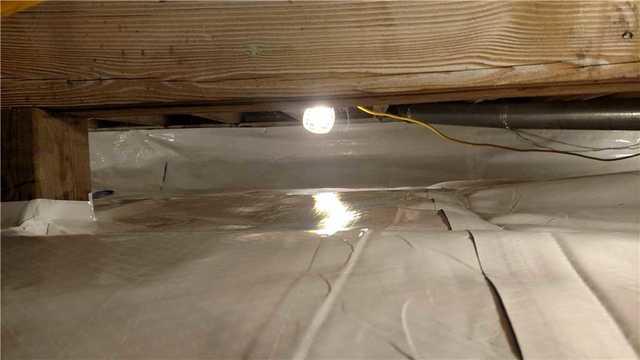 This customer contacted us because his crawlspace was giving off a strong mildew smell. This issue occurred because of the high water table in the area that was letting water and moisture into the space, causing it to become humid and damp.

We first installed dimpled drainage matting on the floor of the crawlspace that helped move intruding water easily across the floor to the sump pump. Next, we installed the plastic CleanSpace liner that sealed off the crawlspace from outside elements such as dirt, water, moisture and cold/hot air. This liner was extremely durable and prevented mold growth as well. 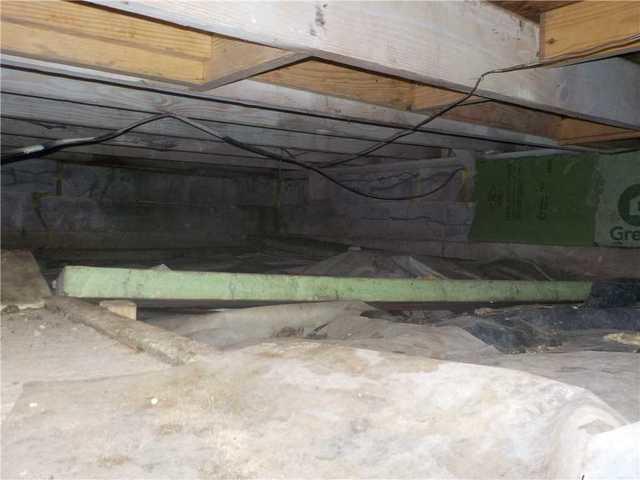 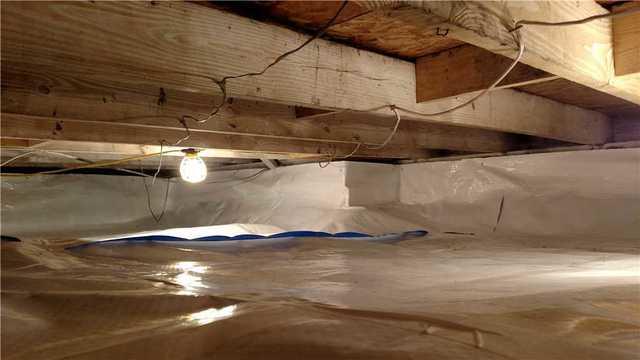 This crawl space was giving off an awful musty, mildew odor that was coming up into the house. Usually, a bad smell is a sign of a wet crawl space and a lot of times that means mold. We were able to install our CleanSpace system to fix this unpleasant smell. CleanSpace encapsulates the entire crawl space so no outside elements can get in. It also is great because the material is super sturdy so it call still be walked on and you can even store boxes on top. Not to mention it also makes your crawl space look bright and appealing. 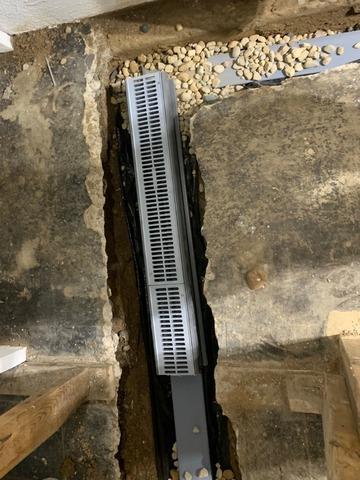 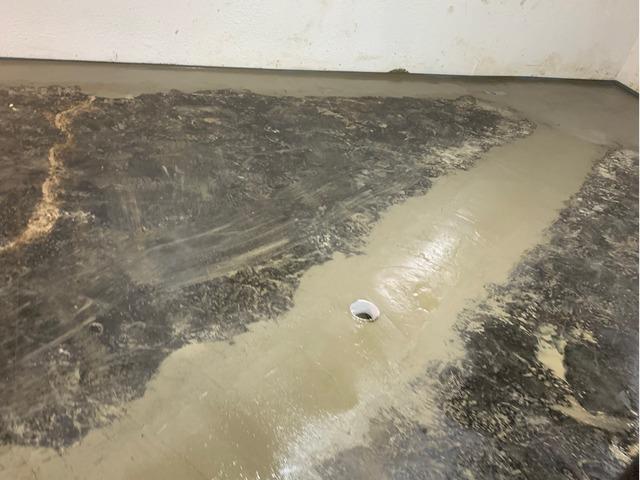 Cindy and Hector purchased their Brooklyn, Michigan home about a year ago and the basement has already flooded twice. Water would come in where the floor met the wall and saturated the ground. They want to be able to use the basement for additional storage, but didn’t want their belongings to be destroyed by water. The couple called Ayers and one of our competitors for inspections. Based on our longstanding reputation of professionalism and quality service, Cindy and Hector decided to go with Ayers. Our crew would install WaterGuard in their basement to permanently solve the problem.

WaterGuard is a sub-floor waterproofing system that collects water that leaks through the walls and keeps dirt away from the foundation. It is installed along the perimeter of the basement and on top of the footing of the foundation. Concrete is poured on top and regular flooring can be placed on top. These before and after photos show what WaterGuard looks like in the floor, and what it looks like after the finishing concrete has been poured.

Cindy and Hector were so glad to be able to finally complete moving into their new home. The couple no longer has to worry about sopping up water and can just enjoy their home together.