Whole home generators are in stock and ready for installation!

Mold Problems Before & After Photos 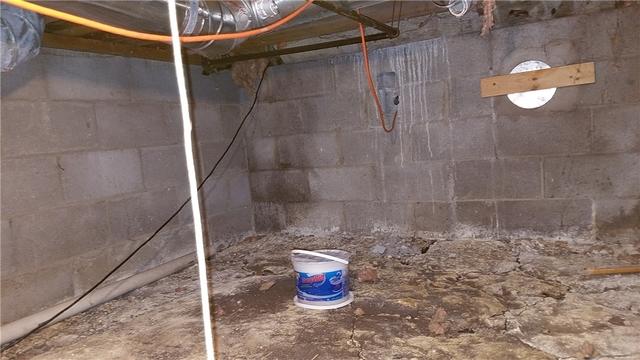 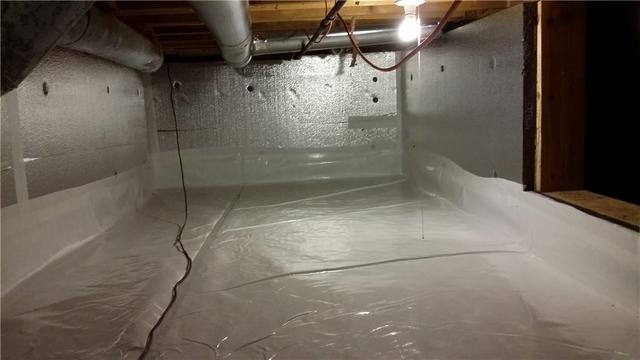 The owners of this home in Lansing, MI came to Ayers with the complaint that their living room smelled musty, or in their words “like dirty socks.” Clearly not the most pleasant smell to have in your home. The living room was built over a damp crawl space, which was the culprit of the smell.

Block foundation walls allow water in easily, since they’re porous and often times aren’t mortared together completely. They also suck up water from the ground, making the surface of the walls damp.  The water itself isn’t necessarly the problem, it’s when this water evaporates and turns to vapor that’s the issue. Damp, cold air is full of mold spores, and because of the stack effect, the musty, hazardous air moves upstairs.

The stack effect describes how the air flows form the bottom of the home upwards. Therefore, if it’s humid downstairs, it’s likely the humidity is relatively high upstairs as well. In this case, the musty smell, and likely mold spores downstairs were probably upstairs, too.

Encapsulating the space with CleanSpace seals off the home from the earth, keeping the moisture out of the crawl space. This resilient liner is fixed to the walls and virtually indestructible. It’s manufactured with an antimicrobial additive as well, so mold can’t grow on the back of the liner if it gets damp. By sealing of the crawl space, the water vapor is gone, and so is the smell. 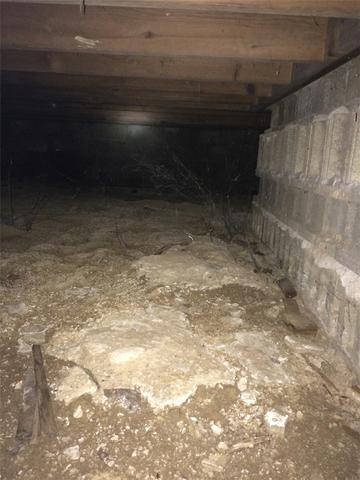 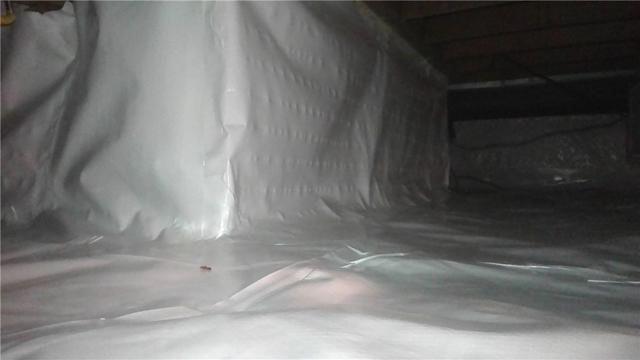 Homeowners in Charlotte, MI were sick of having a musty, dirty, crawl space that was filled with dirt and bugs. Our Ayers crew visited the home and decided that CleanSpace and a SaniDry dehumidifier would make their crawl space dreams come true!

To start, we installed a SaniDry dehumidifier that will work to circulate the air throughout the space. With this system, it will keep humidity low to block out moisture and stop mold growth. We then covered the crawl space with CleanSpace, shown in the after picture. The white plastic liner is durable, and it too works to prevent humidity and moisture from passing through the space while also sealing away odors and blocking out pest and insects. 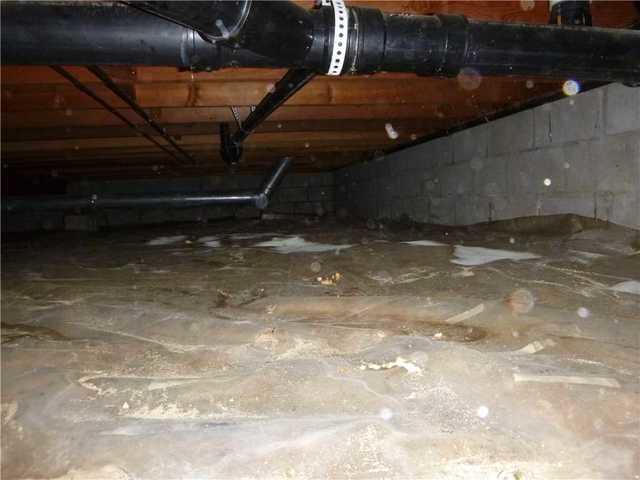 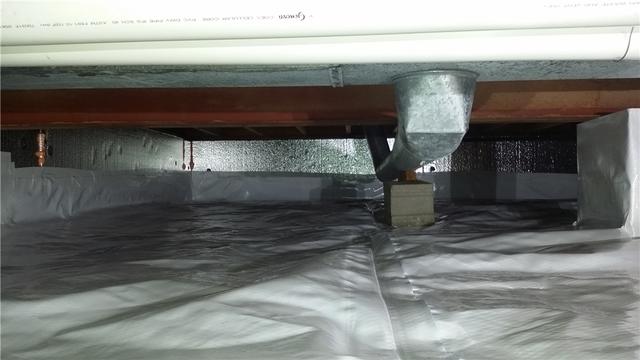 When this family moved into their St. Joseph, MI home and started experiencing allergies, they started researching what the cause could be. The home had a crawl space that wasn’t encapsulated, and after reading about how damp crawl space air can travel up through the home due to the Stack Effect, they decided to give us a call. Our team installed CleanSpace in the crawl space to seal off the home from the earth and help keep moisture out in the future. CleanSpace is a durable, thick liner made of polyester cord reinforcement. The liner blocks out water vapor from both the walls and dirt floor, keeping the air in the crawl space drier and healthier. 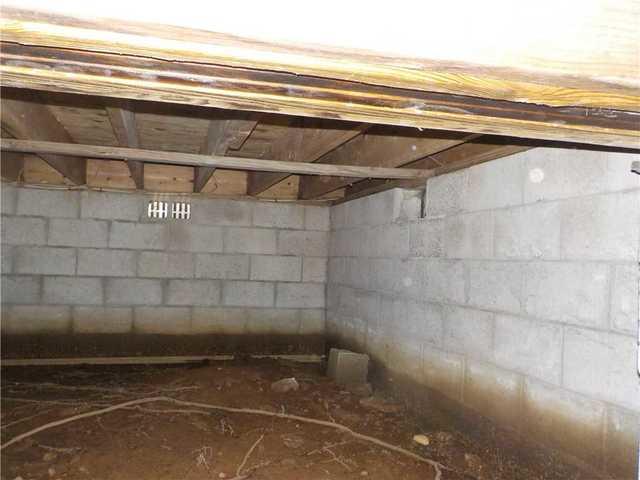 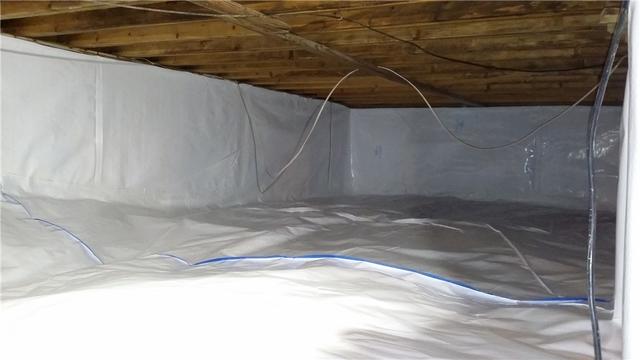 The crawl space in this Baldwin, MI cottage was not a place you wanted to be. It was wet and growing mold, giving the area an overall damp feeling. Since crawl spaces are the lowermost points of a home, the "Stack Effect" explains that air flows in your home from bottom to top, meaning that the mold in the crawl space can be easily breathed in by those upstairs, causing a serious problem.

The best solution in this case was to install a liner to seal off the space. Not just any liner, however, a CleanSpace liner. CleanSpace is a durable liner that stops water vapor and allows for drainage to the sump pump. As an added benefit, this liner has an antimicrobial additive in the material, preventing mold growth. This liner was the perfect solution to transform this crawl space into a healthy, usable space. 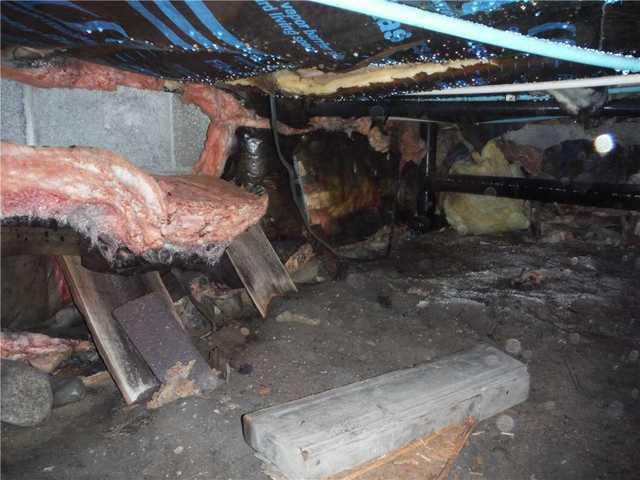 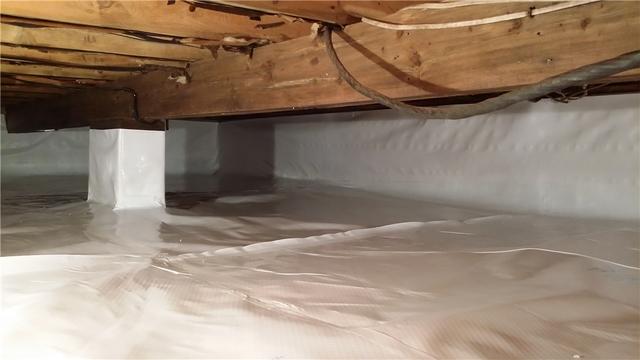 This moldy, debris filled crawl space in Arcadia, MI needed some major work, but was nothing Ayers couldn't handle.

First, the crew worked to remove all debris and organic material from the basement. With that out of the way, they could start the mold removal process. By encapsulating the mold with Mold-X, it was neturalized and stopped from continuing to spread in the crawl space. Combined with CleanSpace, the mold would go dormant. CleanSpace is a white liner, shown in the after picture, that acts as a vapor barrier to keep moisture out of the crawl space. It is durable and mold resistant, and the final step for this crawl space. With that installed around the walls and piers, the crawl space was offically mold and moisture free!

Total Before & After Sets: 5