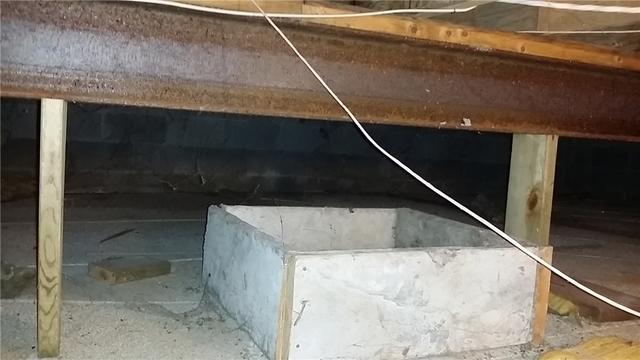 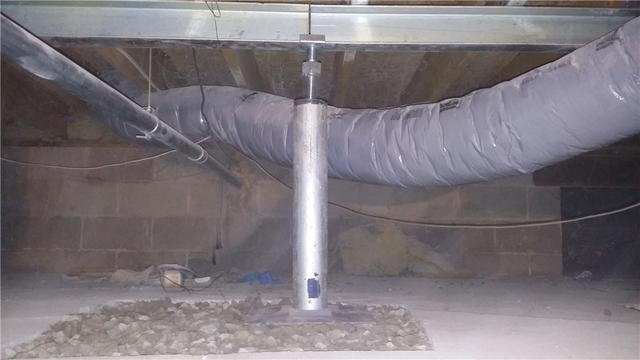 When this building was moved to Okemos, MI, the owner thought that it would be a fresh start for his company but the foundation had other plans. The soil that the building was placed on wasn’t strong enough to stop the crawl space from sinking and threatening to bring the whole foundation with it. Luckily, there’s a place in Lansing, MI that knows everything there is to know about crawl spaces and foundation repair.

When the crew arrived they saw that the crawl space was being held in place by several wood planks trying their best. Our SmartJacks are galvanized steel jacks designed to raise sagging structures. Unlike wood, the steel beams won’t decay from the elements or humidity that commonly occur in crawl spaces. The crew had to do more than just lift the crawl space, they also had to reinforce and stabilize the worn floor joists. All in all, it took 6 different smart jacks and 28 supplemental support beams to keep this foundation from giving in.

If your crawl space is sinking, don’t wait to call. The structural integrity of your home depends on it.