When purchasing a used home, Angela and Guillermo faced problems that millions of people deal with. Those Problems are widely known as structural and waterproofing issues. Angela and Guillermo realized that water was leaking into the basement and that the living room floor seemed to have a bow. In an attempt to find a permanent solution, the couple contacted Ayers. An inspection of their home determined that water was leaking through cracks in the foundation, and issues with the floor joist and support beam caused the bow in the floor. After installing different structural and waterproofing products, Angela and Guillermo's home was stabilized and completely waterproofed! 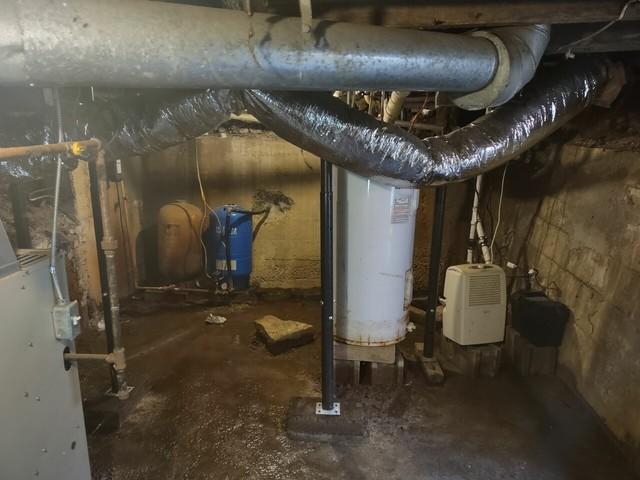 Inspection of The Home

As seen above, water was prevalent in Angela and Guillermo's basement. With cracks in the foundation, water was bound to cause issues. However, it was time to find a permanent solution! 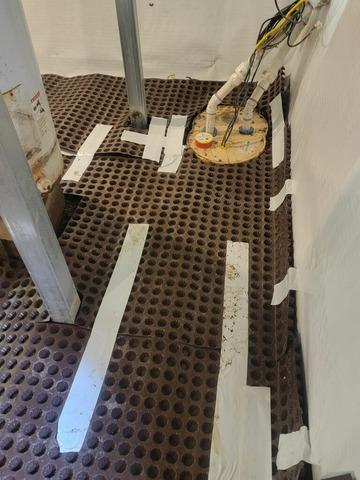 Drainage Matting is a dimpled plastic mat, as shown above, which lays below CleanSpace. The dimples within the mat create paths for water to be funneled toward the sump pump. 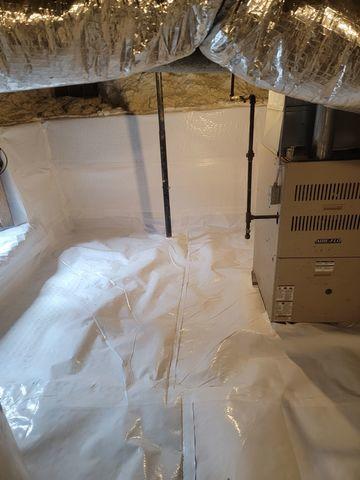 CleanSpace utilizes a heavy-duty plastic liner that lines the entirety of the space. CleanSpace also creates a barrier, stopping moisture and funneling it behind the liner and to the sump pump. Not to mention, the system made Angela and Guillermo's basement look much cleaner! 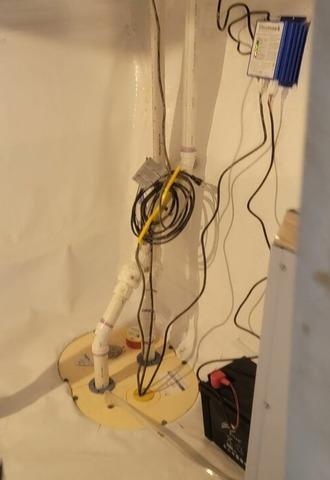 While Angela and Guillermo did have a sump pump present in the basement, It was overloaded and wasn't cutting it; Thus, the TripleSafe System was installed. This system houses two powerful pumps within one liner for two layers of protection against water. The third safety net is the secondary pump, which is connected to an external battery and will run the pump with no power. The TripleSafe sump pump will efficiently pump any water out of their home! 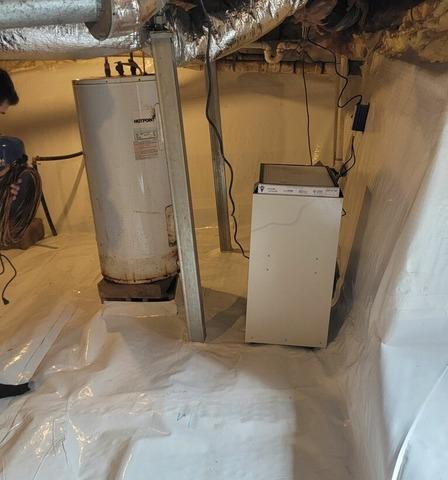 Angela and Guillermo were not only dealing with waterproofing issues but also structural issues. The support beam and floor joist had cracks when Ayers conducted the inspection. SmartJacks were suggested to fix the bowing floor. The SmartJack system utilizes a load-bearing base and steel columns which are put together and attached to a support beam running across the floor joist. Once the SmartJacks were installed, Angela and Guillermo's floor could be leveled and permanently stabilized! 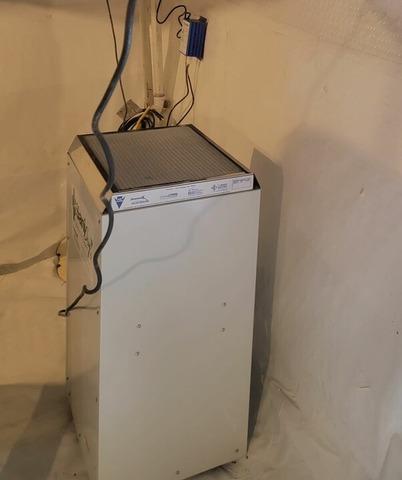 Angela and Guillermo's basement had high levels of moisture in the air. Thus, the SaniDry XP dehumidifier was installed to eliminate all that humidity! The SaniDry is capable of removing ten times more water from the air than a regular household dehumidifier. Additionally, the system will drain directly into the sump pump eliminating any inconveniences for Angela and Guillermo!