Home»About Us»Blog»CleanSpace - It's Not a Tarp

CleanSpace - It's Not a Tarp 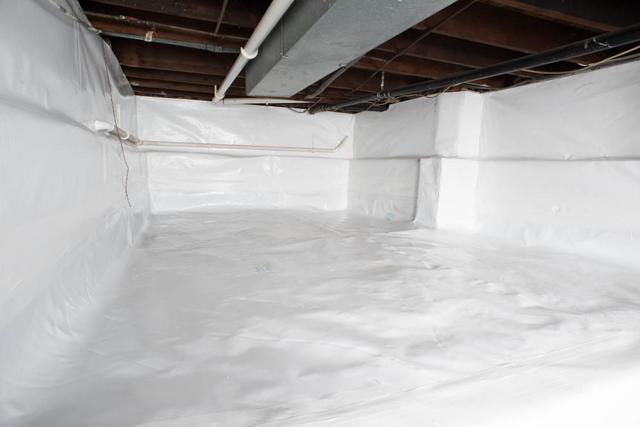 We hear it all the time - from comments on our Facebook posts, from customers during an inspection - why would I pay for CleanSpace when I can just buy tarps from Home Depot, lay them down in the crawl space, and get the same result?

Well, because CleanSpace isn’t a tarp. And if the number of wet, mold-ridden tarps we pull out of crawl spaces is any indication, tarps don’t work.

Let’s look at the differences.

First off, not all tarps are waterproof or even water resistant. It’s easy to ignore that fact because you’re probably just thinking about putting something down to cover the dirt, but you’ll remember when that tarp you spent money on (good tarps are expensive) is covered in water and dirt and you crawled around down there laying it out for nothing. Also? Even the waterproof ones aren’t antimicrobial, which means they offer no resistance against mold - and that should be at the top of your must list when dealing with crawl space repair.

Secondly, there’s no way to create a true seal when using tarps to cover your crawl space. Tape, staples, nails - they all leave some way for air and moisture to get through. And most of the time you might not even think that far, and instead just kind of settle it over the ground and call it good. Which it is good, until some water gets in through the foundation, or some large bug or rodent runs around, and then it becomes what we usually see - a bunched up pile of wet, dirty plastic.

To truly protect your crawl space and home, you need an airtight, waterproof, antimicrobial liner like CleanSpace. The only way to guard against moisture and mold is to create a total seal from the earth below. The CleanSpace vapor barrier system is inorganic and waterproof, which means it won’t harbor mold or mildew. It’s fully attached to the walls, support pillars, and covers the ground; so it actually seals the crawl space off entirely.

CleanSpace also comes with some bells and whistles that you can’t get elsewhere. For crawl spaces with standing water issues, drainage matting can be installed in conjunction so the water can flow freely to a sump pump while still sealing the crawl space off. Multiple inorganic insulation options also work together with CleanSpace to add some warmth to the space - and your home.

Can you put a tarp down in a crawl space and call it a day? Sure. But it won’t be long before you call us for a permanent solution. Why not just cut out the middleman and call today to schedule your free inspection?

Get a free estimate now!