While performing an annual maintenance inspection (did you know we can service any basement or crawl space, even if we didn't install the original system?), our service technician Dan noticed that the support beams and posts in a crawl space were severely compromised. We set an appointment for one of our production crews, led by Ty, to go reinforce and space and repair the old installation. After installing SmartJack crawl space support posts and multiple galvanized steel beams, the reinforced crawl space is safe again. 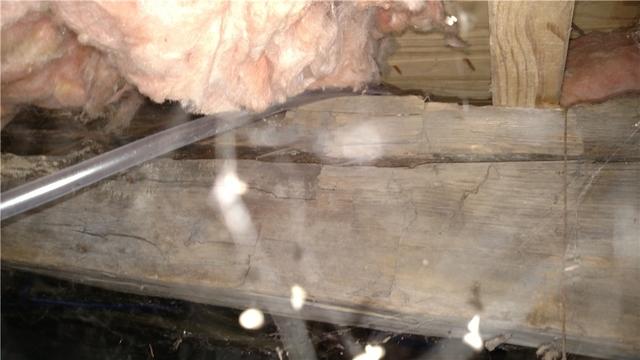 Note the large crack in the support beam - would you trust that to hold up your house? This kind of decay is likely the result of weakening from the old moisture problems. Even with vapor barrier and a dehumidifier, it's difficult to keep any naturally humid space completely free of moisture, so the wood eventually warped. 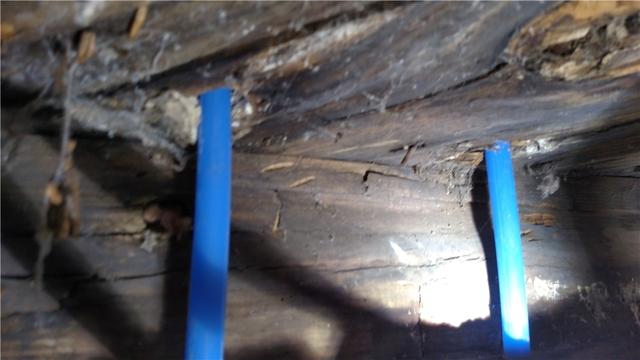 These are not true support posts - it looks like they're bending! The post in the foreground appears to be pushed right into the rotting beam, which isn't a good sign of structural integrity. 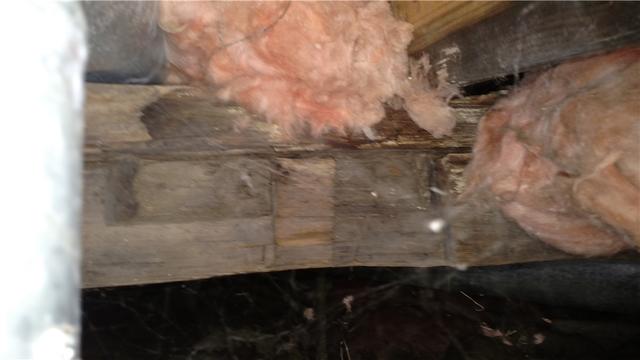 More areas of failing support beam - many of the beams were compromised like this. That they're surrounded by the ineffective insulation isn't a coincidence, as wet insulation essentially sat on the beams. 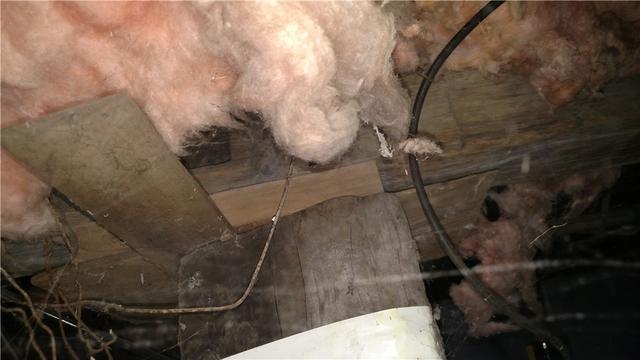 Fiberglass insulation, shown here, is a bad choice for any below grade space, due to the natural humidity. It absorbs the moisture in the air and eventually falls after becoming too heavy and waterlogged. 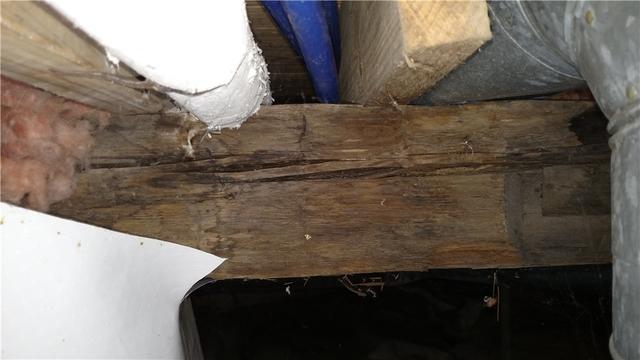 There are multiple fissures in this support beam, which makes it more likely to fail from the basic weight of the house above it. 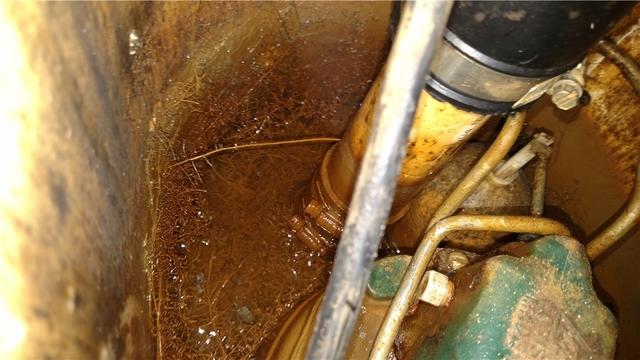 Iron ochre is a bacteria that can occur in areas of high iron. It's dangerous in that it can clog your sump pump and prevent it from working effectively, making your basement or crawl space susceptible to flooding. 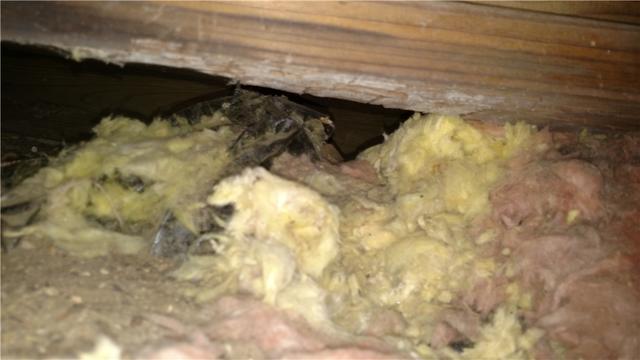 When fiberglass insulation absorbs ambient moisture, it gets too heavy and falls to the ground. As you can guess, a pile of insulation on the ground isn't very effective at...insulating. It's why we recommend rigid, inorganic insulation panels such as our SilverGlo, or sprayed in FrothPak, which is also inorganic and can get into tight corners and seams with ease. 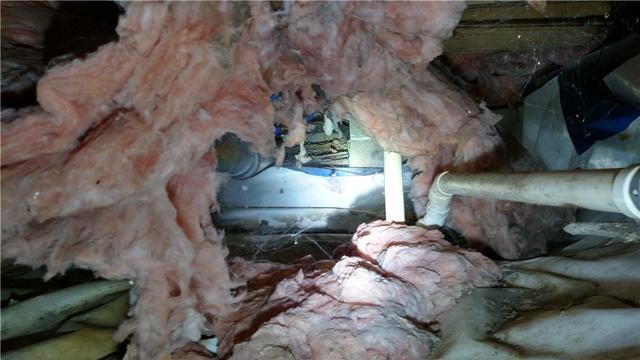 Between debris on the CleanSpace (caused by sump backups due to the iron ochre) and waterlogged insulation falling from the ceiling, this crawl space is a mess. And on the verge of collapse. 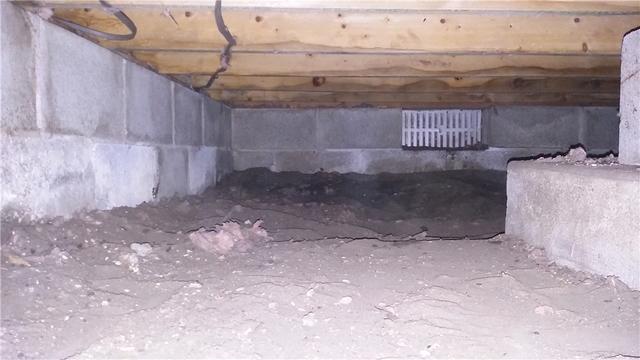 Sometimes it's better for the customer, and also more efficient for our crew, to just start over. This was the case with the old vapor barrier system, which was covered in debris and clearly not doing its job. We pulled it out entirely and leveled the ground before reinstalling a new CleanSpace system. 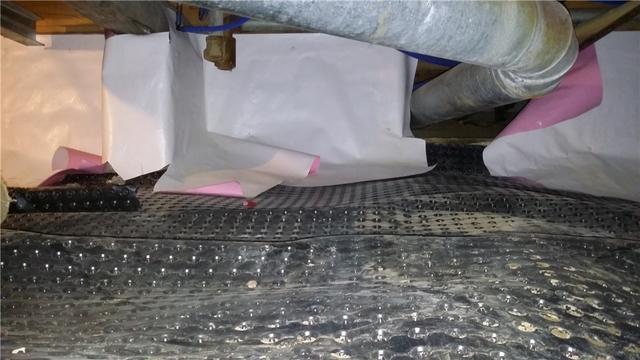 After pulling out the old vapor barrier system, we started from scratch, laying new drainage matting to assist with drainage before beginning to install CleanSpace on the walls. 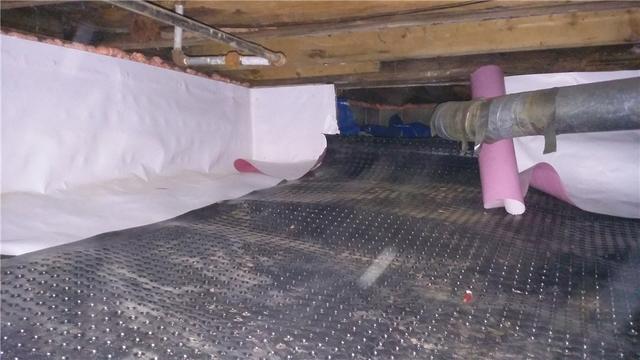 With drainage matting in place, we begin the CleanSpace installation by affixing it to the walls. 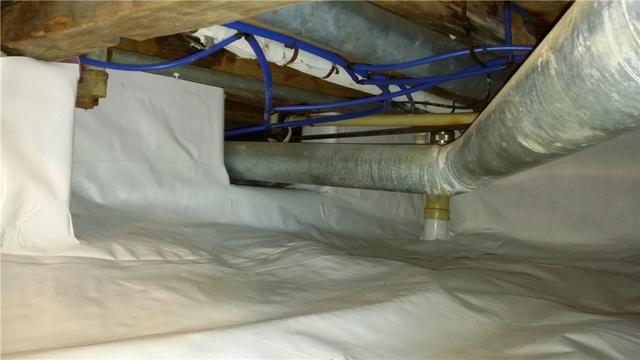 We installed an entirely new CleanSpace system, which should take care of the water issues that were occurring in the crawl space. 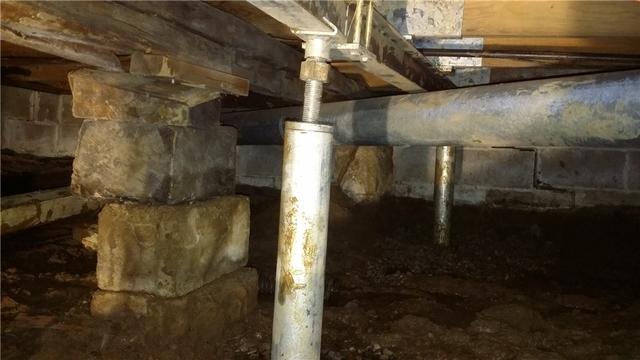 What do you trust more - the steel post in the foreground, or that lopsided stack of concrete behind it? 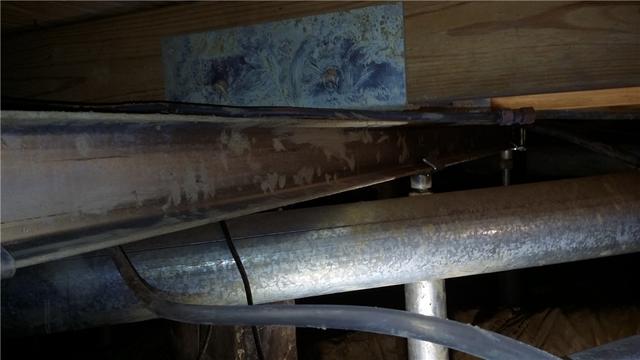 Steel beams were installed throughout the crawl space to reinforce and stabilize the existing wooden beams. 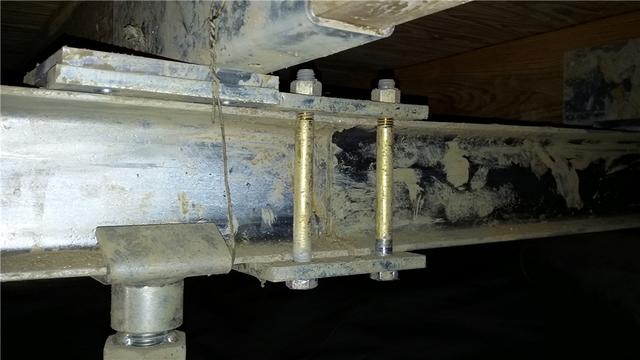 By joining steel beams to the existing support structure, and supporting everything with SmartJack crawl space support posts, we've exponentially increased the strength of the crawl space supports and eliminated the danger that existed before. 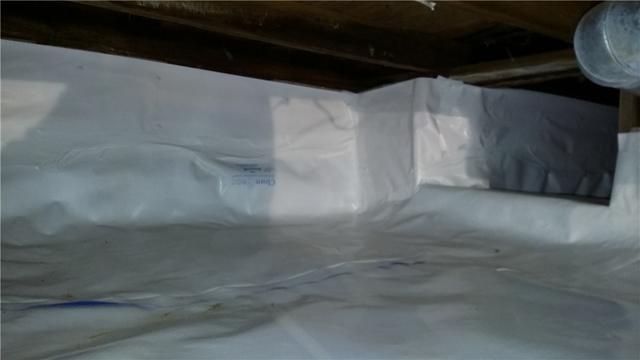 A new CleanSpace system should prevent further issues from occurring the crawl space. 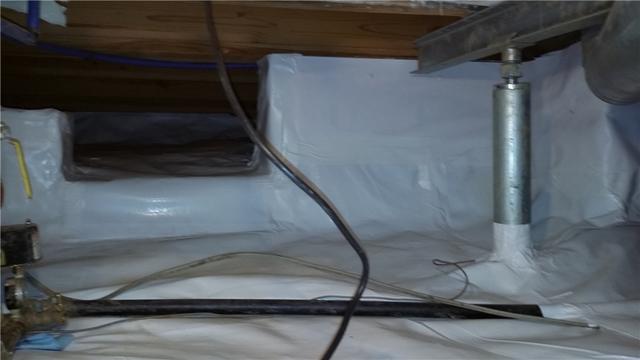 CleanSpace and SmartJacks Team Up to Save Crawl Space

Between the SmartJack support posts and steel beams stabilizing the crawl space, and the CleanSpace preventing further moisture problems, this crawl space is as good as new.