John has a home built in 1942 that has some issues in the basement. He did not have any water problems but did have some foundation issues that he wanted addressed before they could get worse. He had some cracks along a wall and then a bowing wall. He put up some temporary support for the bowing wall so it could not move further. We used CarbonArmor Wall Reinforcing System to keep the cracks on the basement wall from getting worse. It installs quickly and will not ruin future finishing in the basement. We installed the PowerBrace Foundation Wall Repair to stabilize and straighten the bowing wall. It is made of steel beams that can be adjusted to return the wall to the original position. 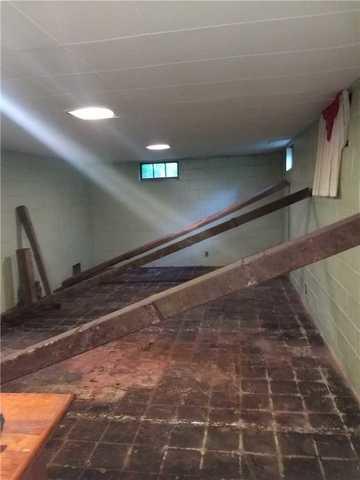 This is the support that John put up in his basement to keep the bowing wall from crumbling down. It is not something that can be sustained for a long period of time but he did what he could until he had a permanent solution! 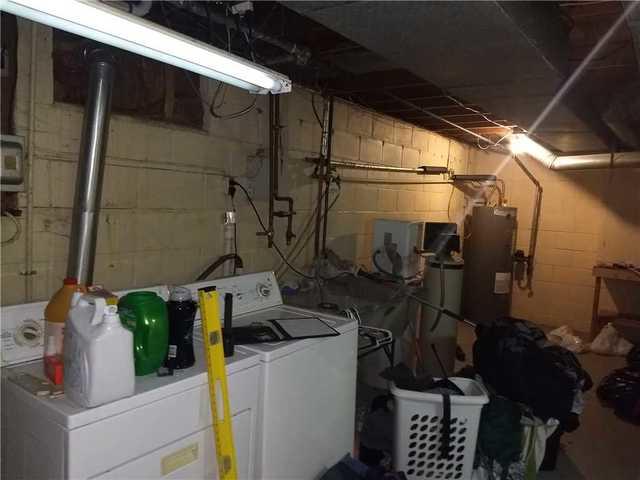 This wall was cracking, mostly horizontal, which could lead to another bowed wall. This would not be good in general but this wall has a bunch of pipes on it so if it were to bow, the pipes could break and make problems even worse. 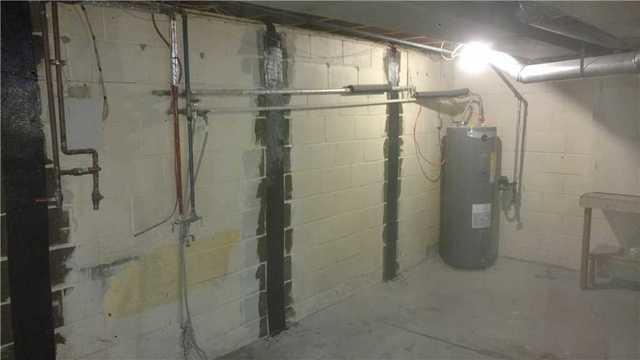 CarbonArmor to the Rescue

CarbonArmor stabilizes the cracks in the wall so they do not grow and cause the wall to bow or crumble. It lays flat on the wall so that it does not take up usable space or effect finishing the space. 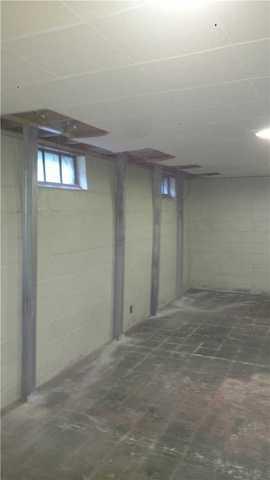 PowerBraces Save the Day

These steel beams keep the wall from moving further and can be tightened to return the wall back upright. This provides a permanent solution so that the home is safe! 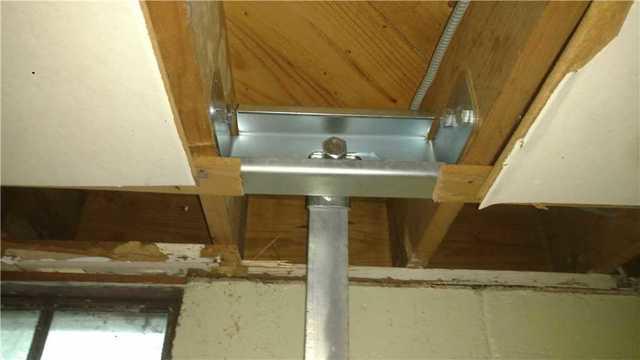 The PowerBrace is secured to the joist above the wall. This makes the solution stable and permanent.