Dan called with problems in his walk out basement, which was under the garage attached to his house. The walls had cracks and there were clear issues with the support beams, which made him wary of parking in the garage and worried about the future of his home.    Upon inspection, we discovered that the slab under the garage had sunk, causing the walls to go off kilter. In addition, the beams in the basement were rotting, adding to the lack of support for the garage above.   Working from the bottom up, we first installed helical piers around the perimeter of the basement. The piers, secured deep in stable soil, bear the weight of the structure so it's not subject to soil shifting and washout. Once the foundation slab was secure, we replaced the rotting support beams with new steel beams and stabilized them with SmartJack support posts.   Two layers of stabilization mean that this basement is no longer at risk. 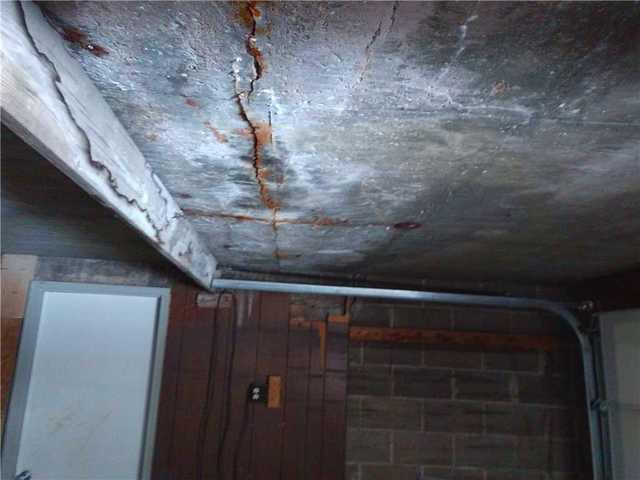 The cracks in this ceiling were making the homeowner very anxious about the stability of the entire home and garage. He wouldn't park his car in the garage and was concerned the entire structure would collapse. 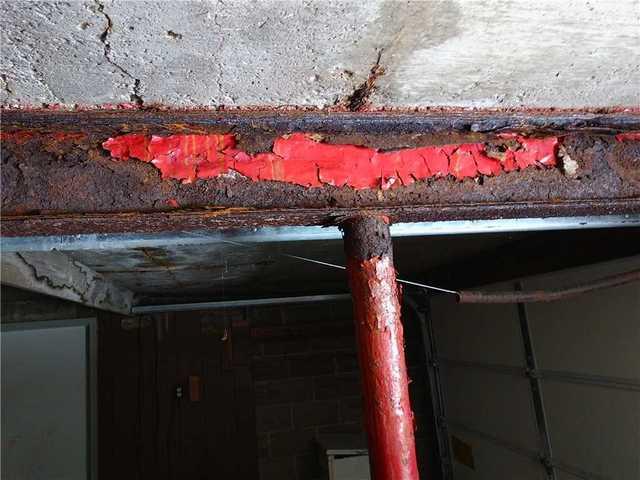 Even the areas where someone had sistered a steel beam to the existing support were failing, as the beam and support post rusted through. 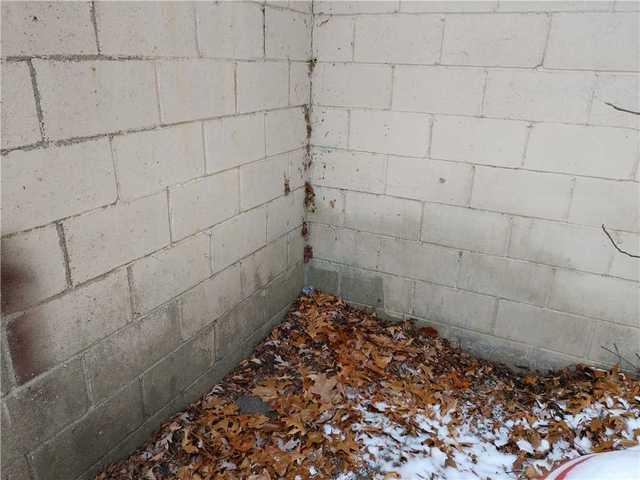 The block walls in the basement were wet inside and out, as it was an area of major water flow from the roof. 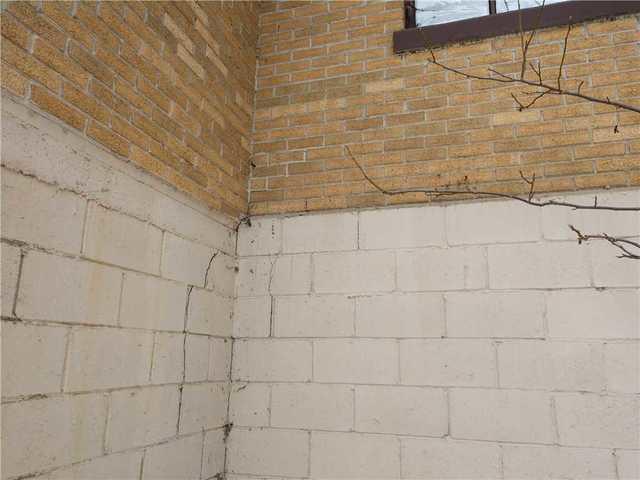 There were cracks across the entire foundation. 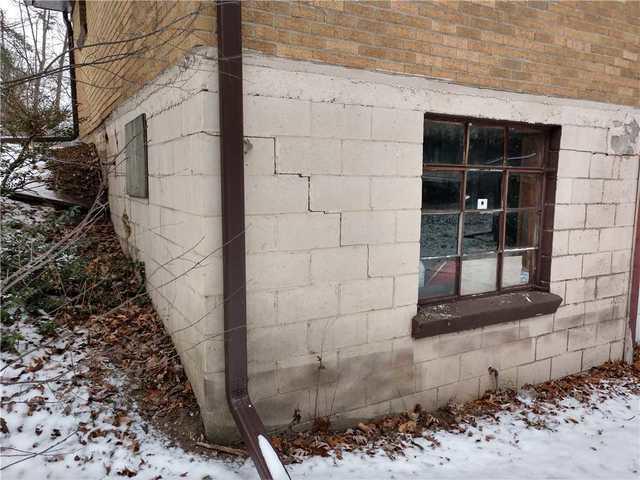 The tell-tale stairstep cracks in this block wall foundation point to pressure throwing it off-kilter. When the slab below shifts or sinks, the walls are left unstable while still trying to support the weight of the garage above. This stress causes fractures like the one seen here. 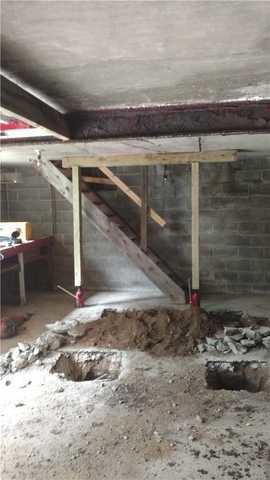 In order to place the SmartJacks, we need to dig through the slab and into the ground to secure them. 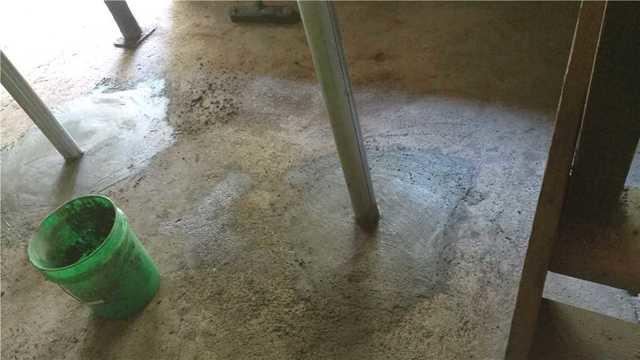 Once the SmartJacks are in place, we pour new concrete to secure them beneath the slab to ensure stabilization. 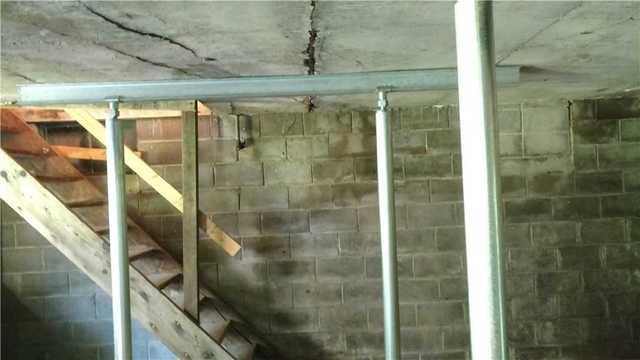 By adding steel beams to the ceiling and supporting them with SmartJack steel posts, the ceiling (and garage floor) are stable and secure. 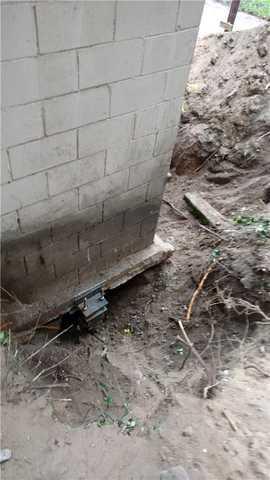 Once the piers are drilled down to a predetermined depth, we attach them to the foundation. 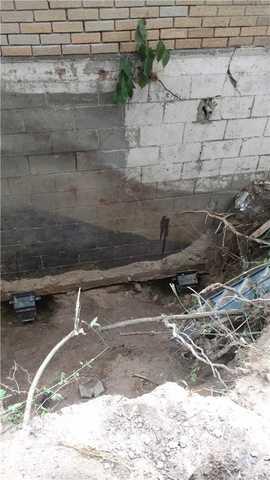 By securing the piers to the foundation, they bear the weight of the home instead of it resting on the soil, which has already proven to be unstable. 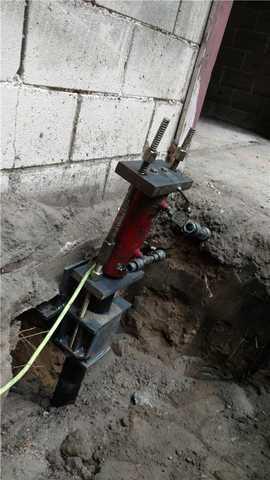 These steel piers maintain the stability of your home to ensure your family's safety.