This basement was having severe issues with old and crumbling rock walls. Some moisture had started to come in and stones at the base of the wall were starting to come loose. The wall needed to be strengthened or rebuilt. With Shotcrete, we were able to do both in a manner of speaking. Shotcrete is essentially we concrete that is sprayed through a fire hose onto an existing wall. This forms to the wall and essentially builds a new wall in front of it. The force of the concrete being sprayed onto the wall not only places it but also compacts it which gives it incredible stregth. This is a perfect solution in situations like this where you can't just repair it by placing a new block in place of an old one. This basement now has walls that are strong and reliable and there is a newfound peace of mind that comes along with that. 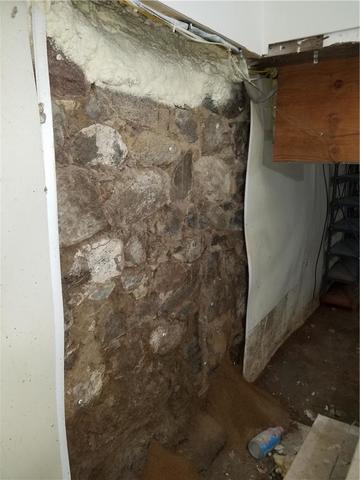 Problem Evident At Base Of Stairs

The problems with this stone wall were clear at the base of the stairs. Stones were falling from the wall and soil was entering the basement. In many parts of the basement, the walls had been covered with plastic as an added layer of protection but in this exposed area, we can see just how severe the issue is. 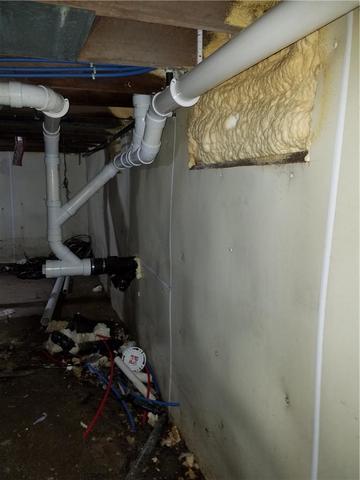 With stone walls, we not only need a unique approach since the wall can't just be patched with a new block, but existing fixtures like plumping and electrical in the basement create an added level of difficulty in repairing the structure. 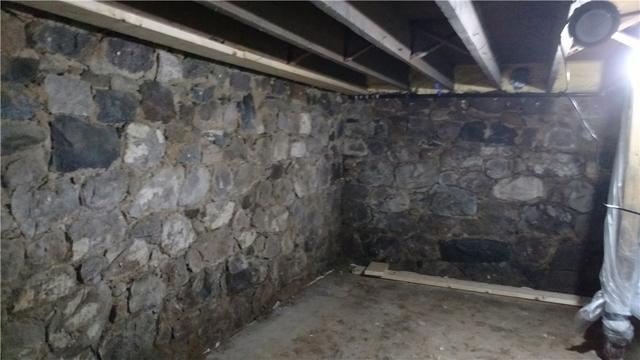 The first step towards preparing the walls was taking the plastic covering off to fully expose the rock walls. 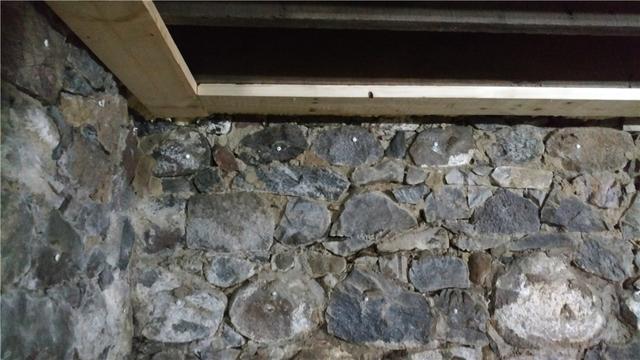 Before the walls are sprayed, framing is constructed at the top of the walls to contain the concrete within the desire area. 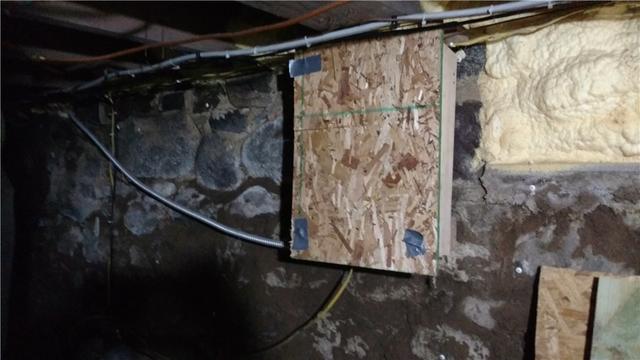 Before we can apply Shotcrete on the wall, electrical panels needed to be moved or protected. We carefully prepared the space so that we could spray around the panel without damaging it or restricting access to it. 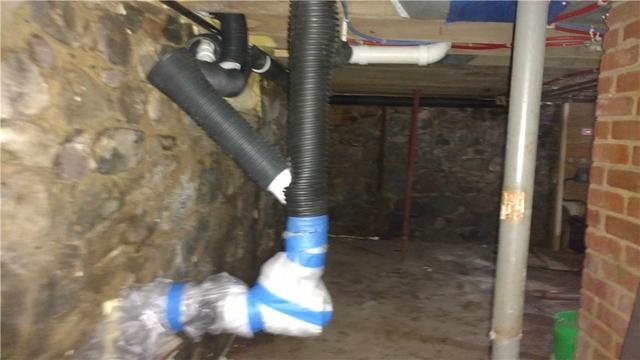 The plumbing pipes were covered with corrugated drainage pipe to protect them from the spray. The drain pipe can be removed easily after the application. 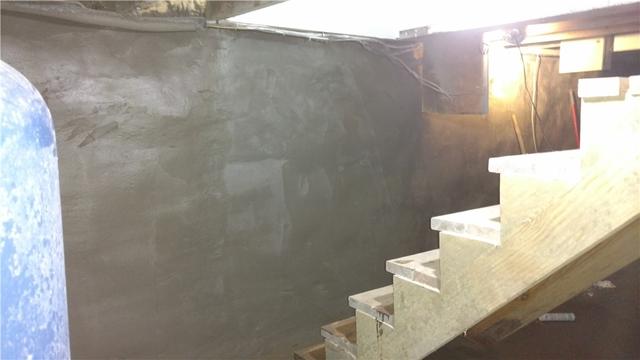 The area at the base of the stairs was crumbling and had stones falling out from the base of it. Now its a strong and smooth surface that provides great support for the home above. 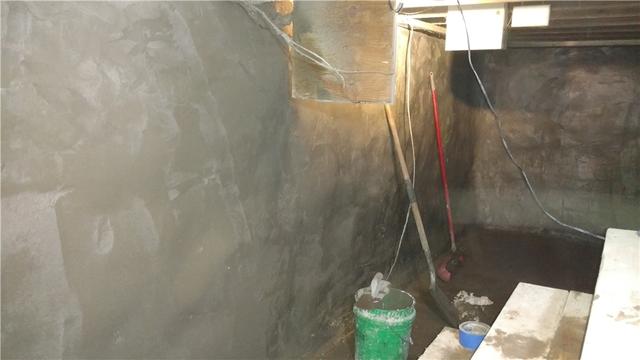 The completed product is a strong smooth wall that will reliable support the home for many years to come. 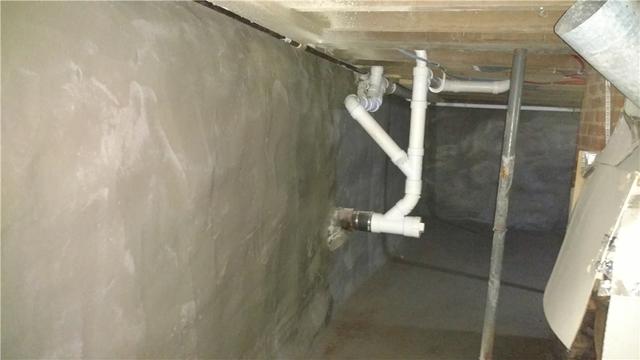 The protective coverings over the plumbing pipe were removed. The original pvc is clean and unharmed by the spray. 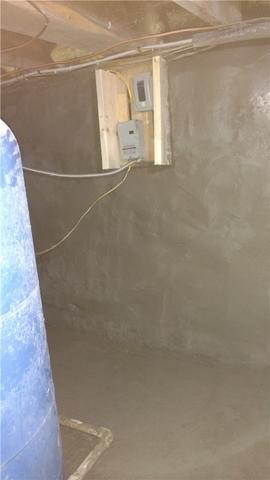 The electrical units on the wall stayed unharmed during the spray. After the Shotcrete application, we removed the protective covering so that the switches and panels could be easily accessed and maintained once again.