William called about his basement wall. The wall was bowing with about 4 inches of deflection. He was in need of some help before his failing walls turned into a much bigger problem. The inspection went just as he said. We found a bowing wall with several stair step cracks extending between the blocks. The solution was simple. Thirteen GeoLock wall anchors along the affected side of the house would help to hold the wall in place and possibly even improve the condition of wall over time with periodic tightening. The installation was tricky with a septic tank and sewage line in the back yard that needed to be avoided as well as some obstacles along the wall inside. Fortunately, wall anchors have an ability to be installed in some pretty tight places where other support products aren't capable of going. In one day, the team had all 13 anchors installed and working. Now the wall is no longer a worry. 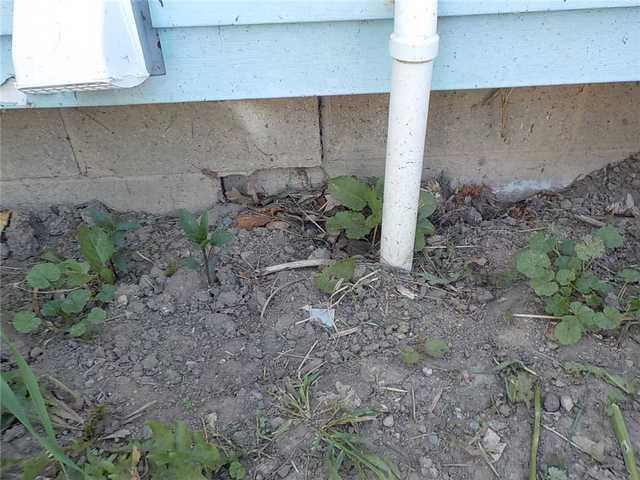 Stair step cracks in the mortar between the wall blocks are a common sign of failing foundation walls. This one was remarkably evident from both the inside and outside. 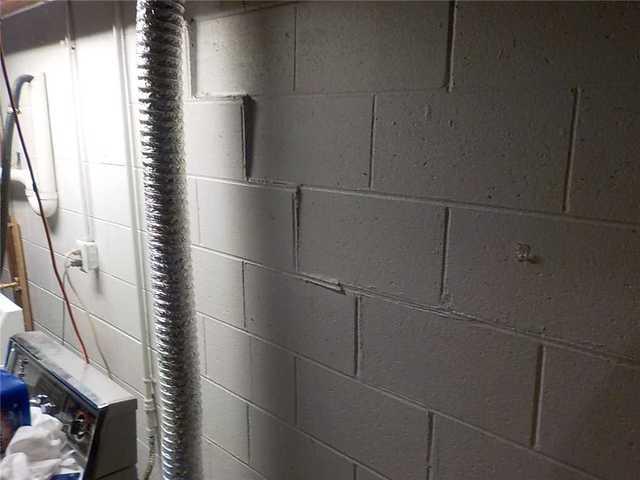 Same Foundation Crack Stands Out Inside

This crack Is shockingly evident inside just as it was outside. Wall anchors will prevent this issue from getting any worse. 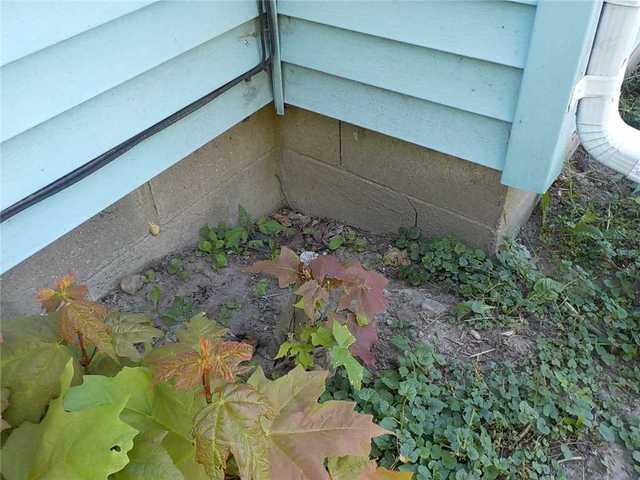 The stair step cracks extended along much of this whole side of the house signaling a large scale solution. 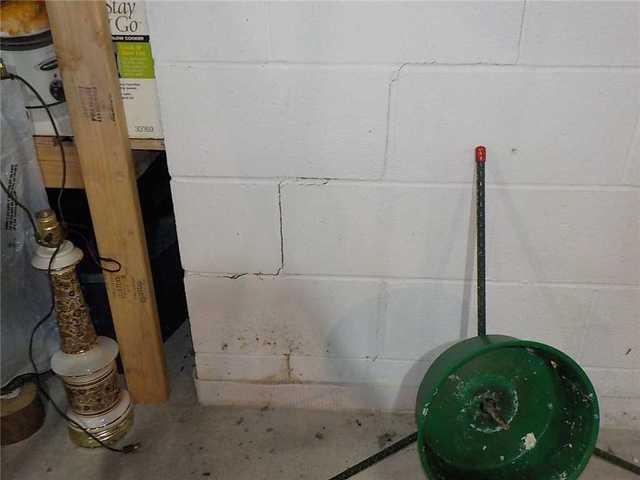 Cracks Visible On The Interior

The cracks that were seen outside were just as visible inside the home. 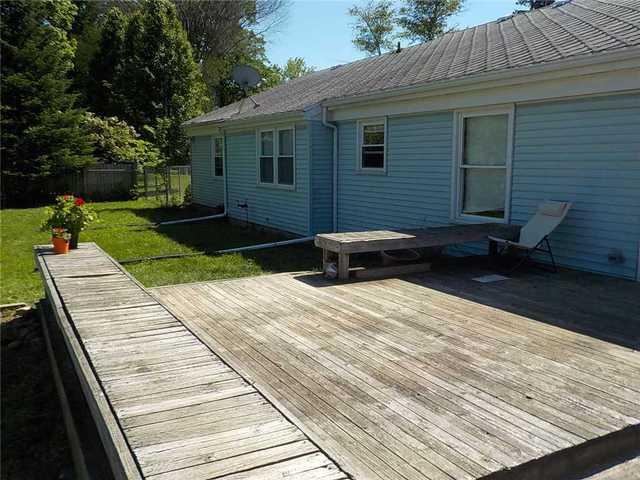 Decking In The Way

Wall anchors require room to excavate in the yard. This deck would ordinarily be in the way meaning that another solution would be required. The homeowner planned to rip the deck out however, which made wall anchors a possible solution once again. 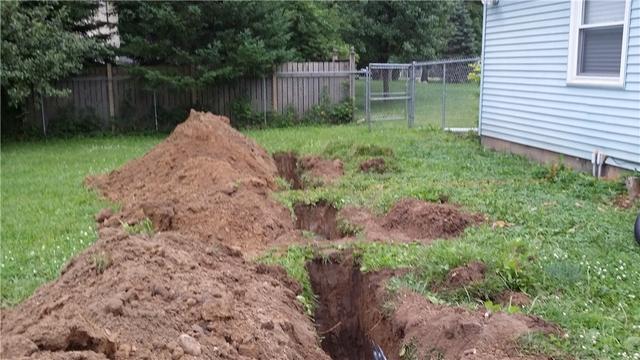 The trenches that are dug don't need to be huge holes. They are only about a foot in width, enough to get the anchor in and tightened and nothing more generally. 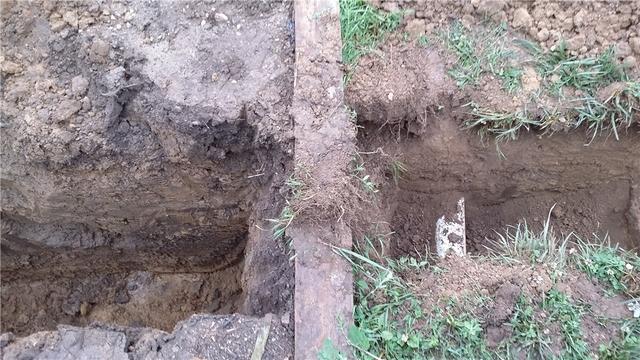 This installation came with a slight challenge. We knew of a septic tank away from the home and knew where the sewage pipe was that led to it. We expertly avoided the pipe and installed our wall anchors around it.

The GeoLock earth anchors have incredible holding power. The anchors are connected to wall plates on the interior wall using long steel rods. This stable soil away from the home will help to hold the wall in place. 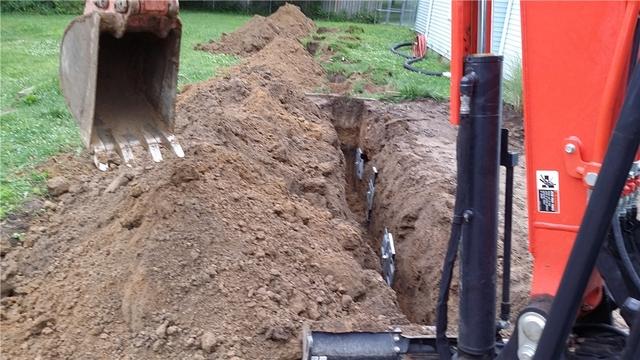 The wall anchors were put in place along the entire length of the basement wall. 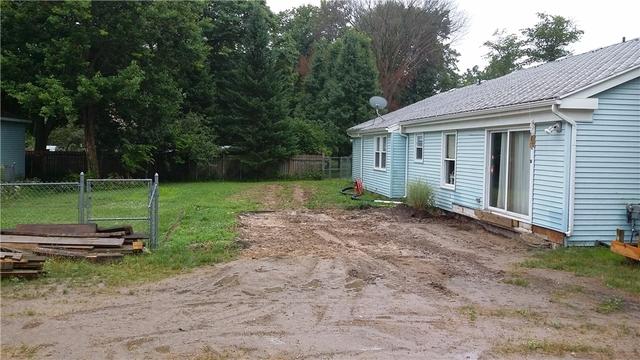 Once the installation is completed, the trenches in the yard are filled back in and compacted. In most cases, the disruption to the yard is minimal and hardly noticed. Much of the dirt here is from underneath the old deck that was torn out. Aside from that, our impact on the backyard was minuscule. 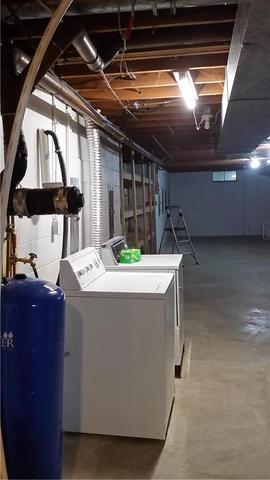 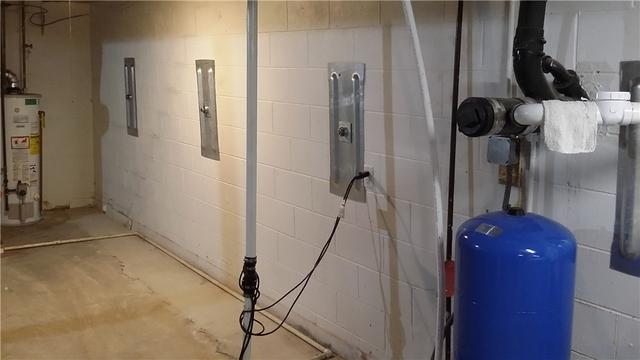 Wall Anchors Can Be Tightened

Even with wall anchors installed, the wall is not perfect. You can still see some deflection even in this photo. The nice thing is that they secure the wall using stable soil away from the home so that the wall won't get any worse. Also, during dry periods the system can be tightened to possibly improve the condition of the wall slowly over time.