We were called out to inspect a rental property with bowed basement walls, and found one of the more severe cases we've seen in recent history. One good rainstorm or even just the ground thawing could've pushed these walls in, and then we'd be facing a much more complicated and expensive repair, along with the house being uninhabitable for safety reasons. We had to excavate and completely replace parts of two walls, and then reinforce the walls with our Wall Anchor and PowerBrace systems. We're lucky to have caught the problem in time and saved our customer a world of a headache! 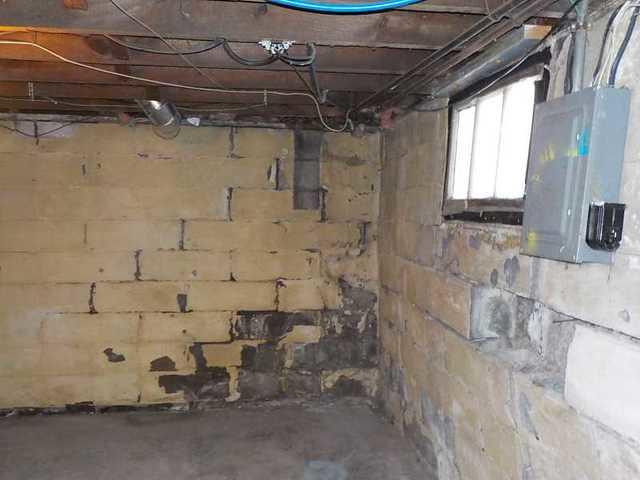 Pressure from the soil outside has caused the bowing in this basement, and the constant pressure to shift has led some of the blocks to just start crumbling. 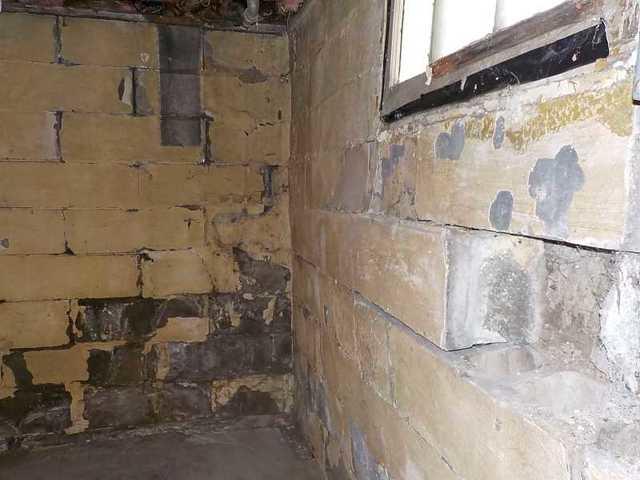 Close Up of Crumbling Wall

Between the bowing and the disintegration, there isn't much holding up this wall. 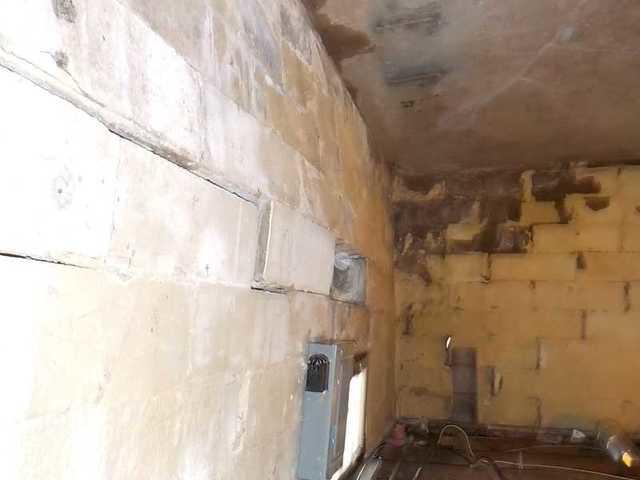 Bowing Wall with Pushed Out Blocks

Block walls are a double-edged sword when they start bowing. On one hand, it's easier to spot a problem and get it taken care of, but on the other, we get situations like this where individual blocks start trying to escape. 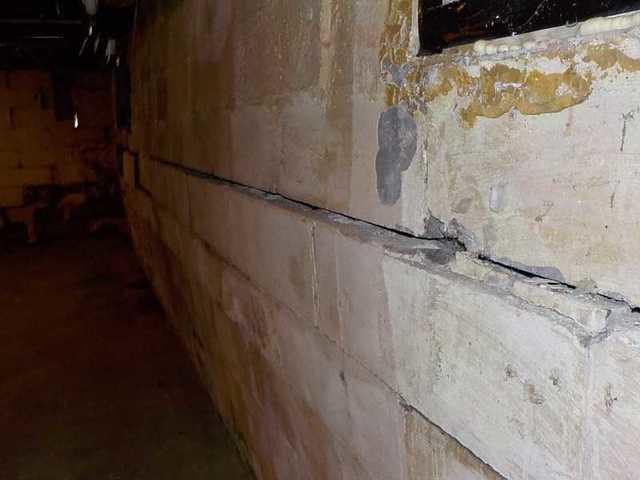 This wall looks like a stiff breeze could cave it in. The blocks give extra visual cues for how badly the wall is bowed since they separate and leave visible gaps, unlike a concrete wall. 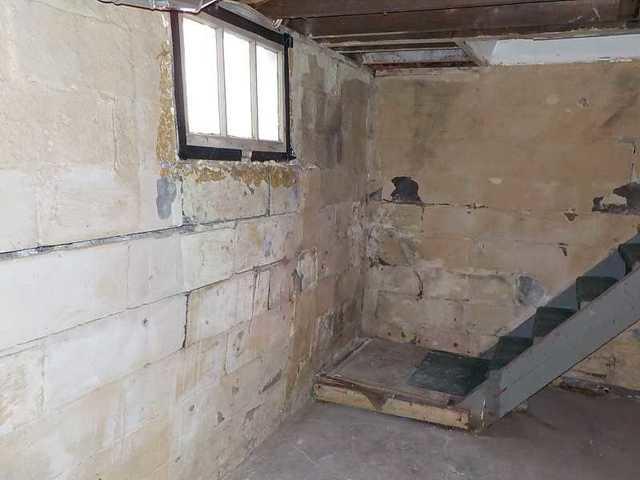 Yikes. This wall needs something to stabilize and straighten it, and quickly. 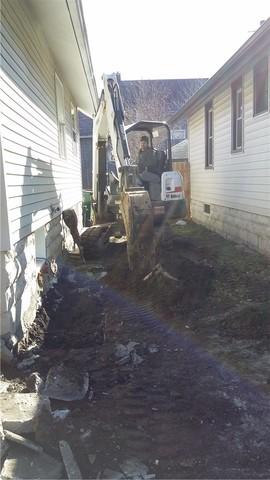 Excavating to Replace a Block Wall

Project Manager Adam excavates the soil surrounding the bowed walls so we can replace the blocks and reinforce the wall. 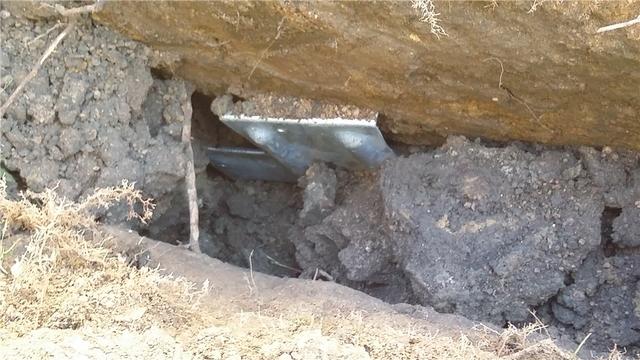 We use wall anchors to prevent wall collapse by, you guessed it, anchoring them into stable soil. 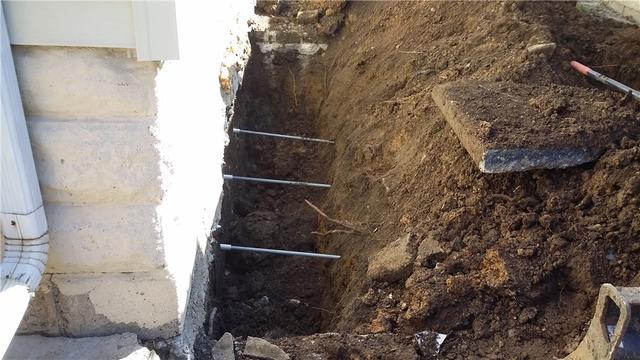 By anchoring the walls into virgin soil - that is, soil that hasn't been excavated and is still stable - we can prevent further bowing and wall collapse. By tightening the anchors, we can hopefully even straighten the walls over time. 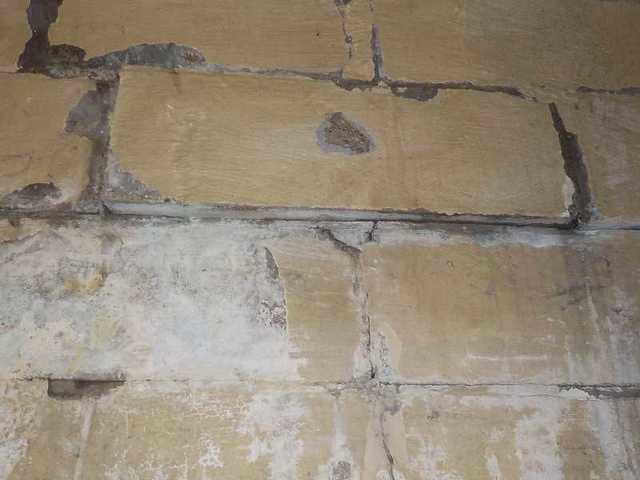 No bowed walls are good, but blocks present a special danger in that individual blocks could simply be pushed out, destroying the structural integrity. 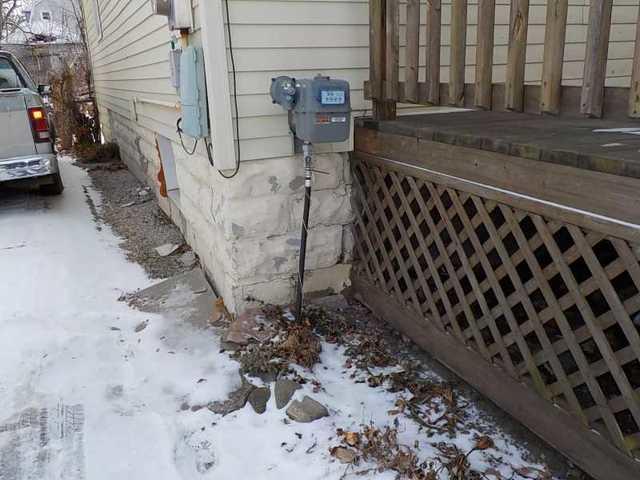 Visible Outside Foundation Bowing in Lansing

It isn't often that you can see how badly a wall is bowing from outside the house, but if you look at the foundation to the right of the driveway, the curve is noticeable.