The customer called us after they had another company waterproof their basement. For one thing, their basement was still leaking. For another, the other company pointed out a bowed wall and then explained that they couldn't fix it. There were horizontal, vertical, and stairstep cracks (all very bad signs), and a part of the wall had actually crumbled in (also, clearly, another bad sign).

This job required both interior and exterior work to fully secure the basement wall, as well as actually waterproof the basement.

Inside, we installed 9 Geo-Lock Anchors, which anchor the walls to the soil beyond the foundation and can be tightened over time to keep the walls stable and straight. This is done with minimal damage to the lawn and landscaping outside. We also replaced the crumbling portions of the block wall.

Outside was a little more complicated. The wall needed to be reinforced from the outside as well, so we excavated the soil in the area that met the wall and installed the anchor. We also installed an exterior drainage system to actually waterproof the basement before putting the soil back in place.

A crumbling block wall in the customer's basement. 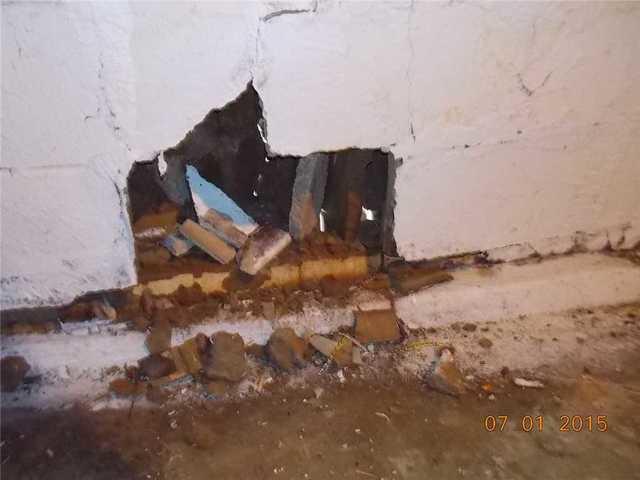 Another shot of the wall. Note the various cracks. 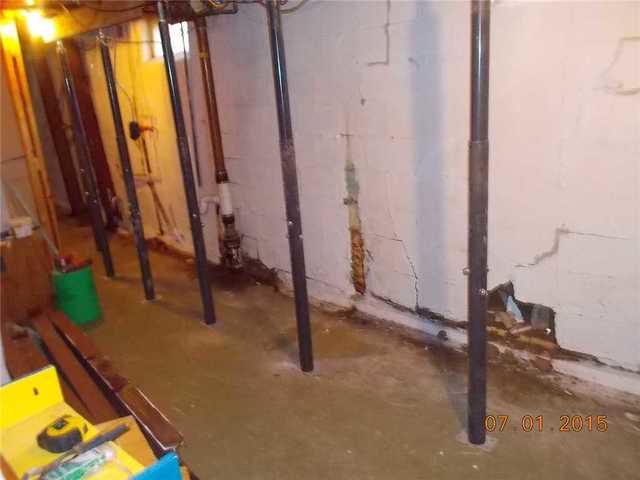 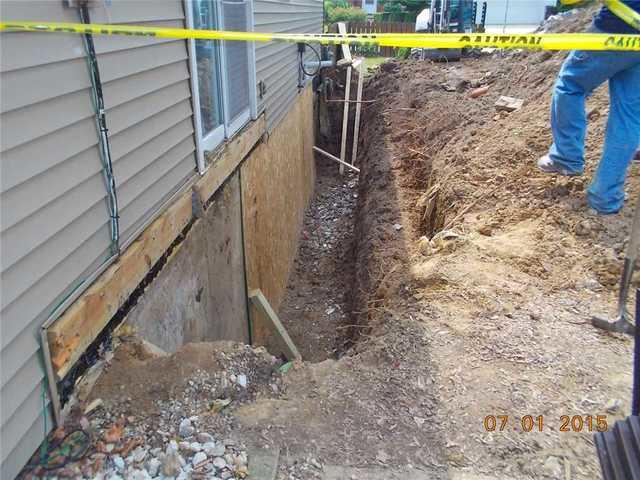 Surrounding soil was removed in order to access the exterior of the crumbling foundation wall. 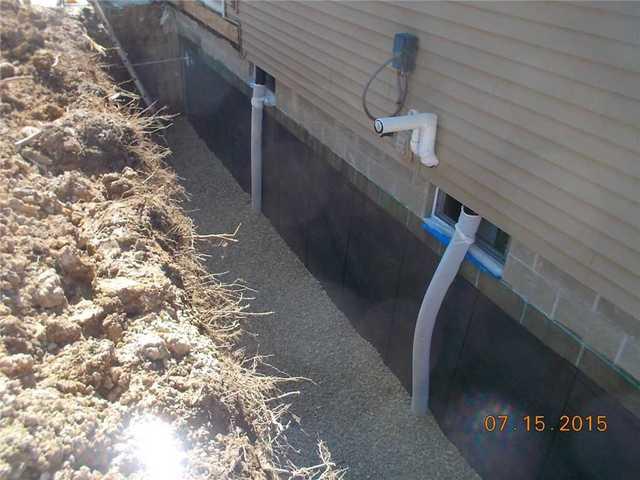 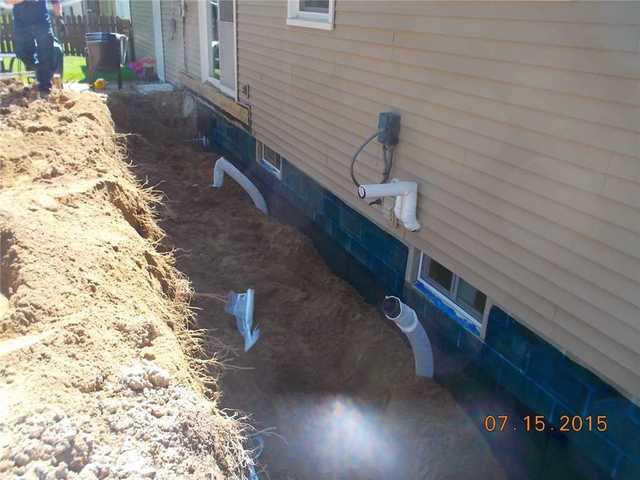 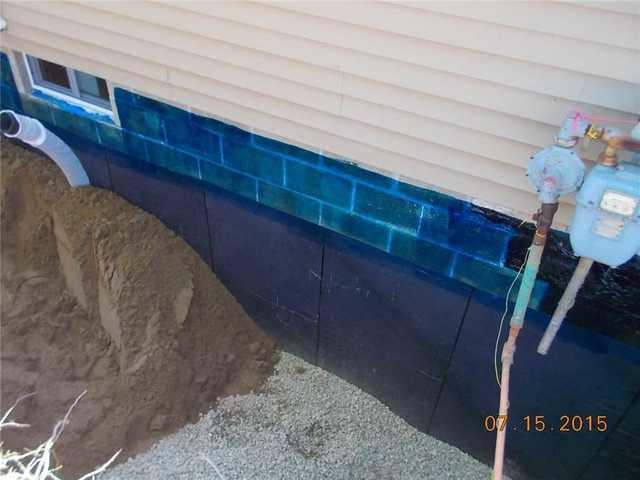 The excavated soil was replaced 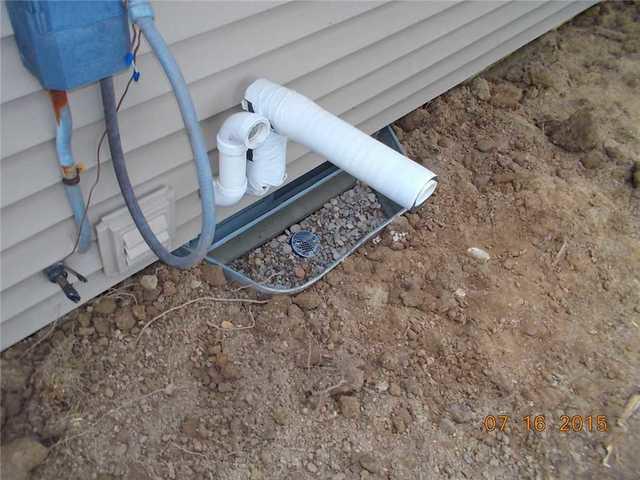 The exterior drainage system is in place and the soil surrounding the affected wall is as good as new.