Tim inherited his 1969 home from his father. He had a list of projects that he wanted to get done to keep the home standing, dry, and safe. One of those projects was to get the wall in the basement fixed. There were cracks, which had been there since the 1980’s but recently got much worse, with a corner that looked almost like it was being kicked out. He decided it needed to be addressed before it could get even worse like the wall collapsing.

Our System Design Specialist, Greg C., went out to inspect the issue and see how we could help the homeowner keep the house standing.

Upon arriving at the home, Greg found that not only were there many stairstep cracks along the wall but a retaining wall was built against the home. Tim and Greg knew if the problem had been looked over and not fixed in a timely manner, more than the home could be in danger.

The cracks and partial bowing were a warning that the foundation was settling. The home needed to be supported so we used Helical Piers. These piers have helical plates attached to the shaft that pull the pier into the soil while being installed and they add strength to support the weight of the home. Helical Piers have fast, year-round installation so no waiting until the weather is better to have the home stabilized. On top of stabilizing the home, the piers help to restore the settled home to the original level.

Tim was able to stop the cracking in the wall, stabilize his home for many years to come, and check off an item on his project list all in one! 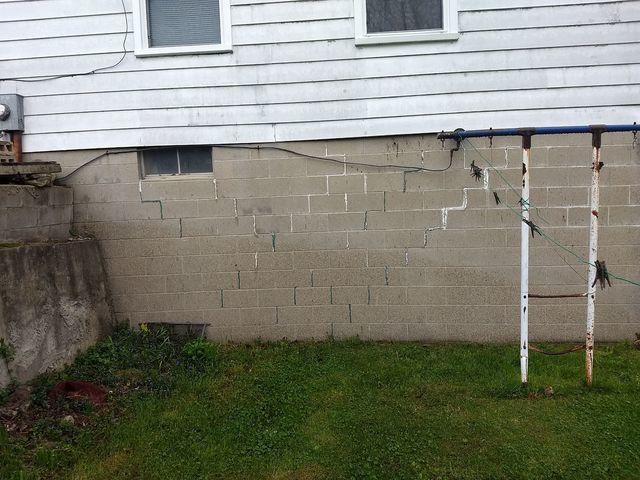 Off to the side, you can see a retaining wall that is built along the settling basement wall. You can also see the cracks throughout the wall and what looks to be a DIY solution that did not hold up. 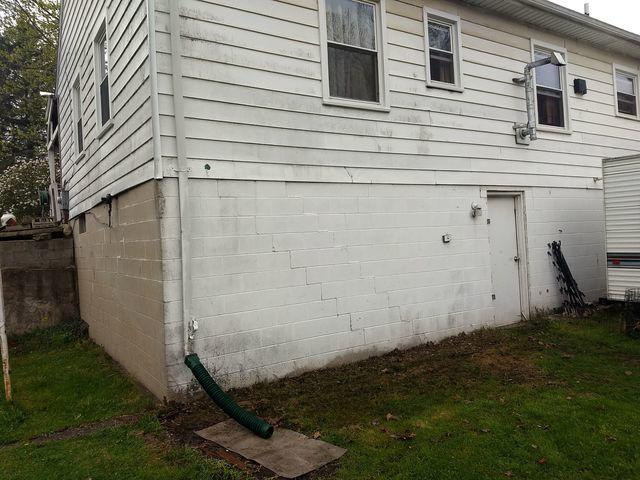 This picture shows the corner that is starting to bow a little as well as the cracks on the other side. This many cracks and the seriousness of them are a sign there is a serious foundation problem.

Helical Piers not only stabilize the home but will lift the foundation back to the correct level. These keep the home standing and the cracks from getting worse for many years!