If you have a crawl space under your home rather than your basement, you might think you can just ignore it - if you don’t go down there or ever use it, it can’t cause problems, right? Not only is this wrong, it’s pretty much the opposite. Since people don’t go into their crawl spaces, problems are often missed until they’re severe. This was the case for Camille, who called us after noticing a series of problems in her home that could only be attributed to the crawl space.

Camille’s home is a perfect example of paying attention to what your house is trying to tell you. Multiple arches and windows in the house had hairline cracks that were slowly expanding. There was a noticeable gap between the baseboard and floor in some parts of the house. Even the kitchen counter was pulling away from where it was attached to the wall because the floors were sinking and taking the supporting cabinets with them.

Something was very wrong.

Our system design specialist immediately discovered that the joists in the crawl space were failing and in desperate need of support. When a joist fails it’s often a result of ambient moisture weakening the wood over time, When multiple joists fail across the span of a crawl space, the now unsupported floors will sink and set off a chain reaction in the house. In this case, the failing joists and sinking floors caused the kitchen cabinets to shift and pull the counter away from the wall, shifted the drywall in multiple doorways so it cracked, and even shifted the meeting point of an exterior wall and the roof.

Without intervention it’s likely that this home was headed for complete floor failure and, as pressure moved in relation to the weak spots, likely permanent wall shifting or even collapse. We were able to stabilize and raise the floors in the home, which then stabilized the affected peripherals like the counter top and archways. By halting and reversing this sequence of problems, the home will remain safe and comfortable for years to come. 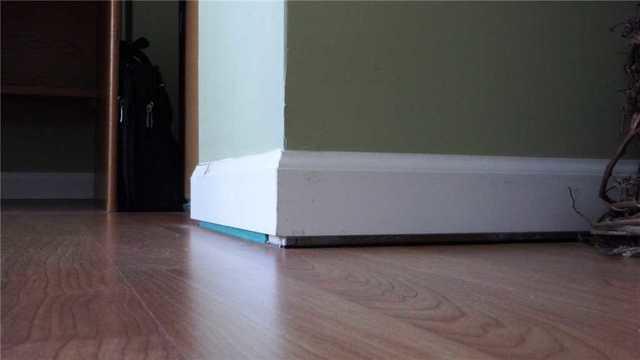 One of the most noticeable signs of a sinking floor is a gap between it and the baseboard. The baseboard is nailed to the wall, so when the floor sinks, it stays in place and a gap forms. 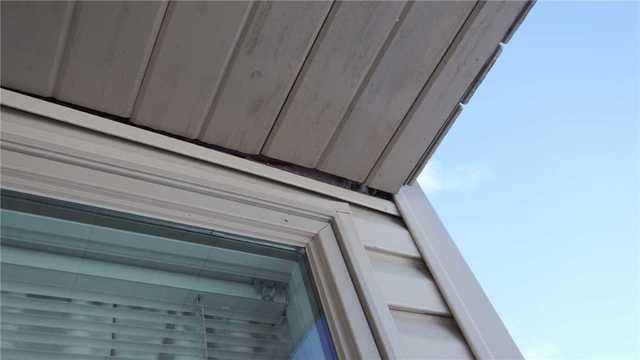 As floors sink, the walls can come out of alignment as they lose support. In this case, an exterior wall shifted enough that what was a flush joint with the roof went off-kilter. This opens up a world of potential damage and problems all the way up to the roof. 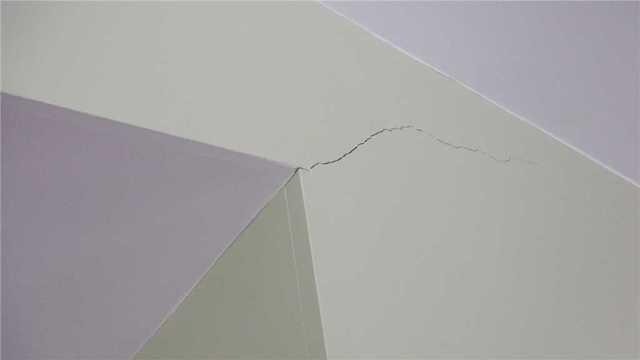 Diagonal cracks at a doorway or window are a sign of foundation issues. As floors shift or sink, the walls are forced to adapt and drywall often cracks. 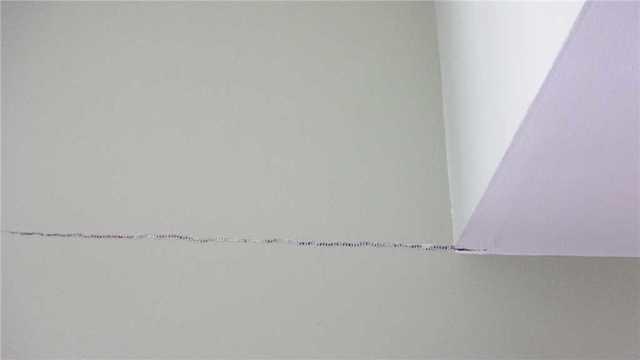 Almost every joint or archway in the house had visible signs of wall shift due to the sinking floors. 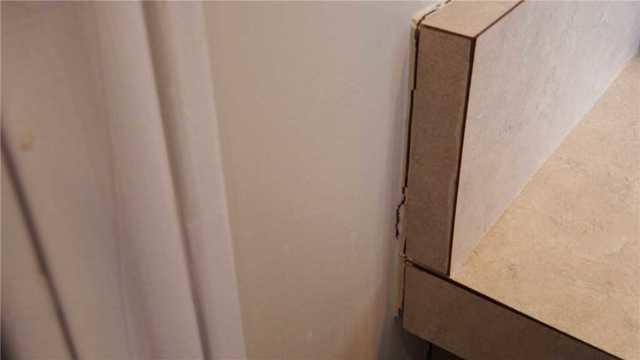 In the kitchen, the cabinets on the affected part of the floor actually moved so much that they pulled the counter right away from where it was attached to the wall. 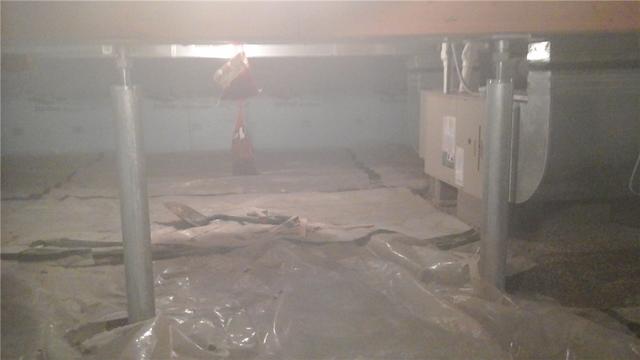 SmartJack steel crawl space support posts and a supplemental beam were installed to reinforce and raise the failing joists and restore stability to the home.