When Alex called us it was because he had noticed some water leaking into his basement. Luckily, he caught the leak in its early stages. The water got into his basement through the stair step cracks on the outside of his home. The cracks are a definitive sign that his wall could crumble at any moment and that it was a foundation problem, not just a normal leak. By calling us to assess his problem immediately, he saved himself from an even bigger mess if his wall were to cave in. Suddenly, the small amount of water in his basement was a lesser concern. Alex asked us to fix both problems in his home.

Our team determined that the basement would need to be waterproofed in order to prevent standing water in it again. The previous sump pump was not doing its job correctly and it was because the previous sump pump was not even functioning. Our crew began working on installing a new WaterGuard that is covered by drainage rocks for better irrigation. They also installed a SuperSump Plus to replace the old pump.

A TrenchDrain is also equipped near the steps leading into the sump pump. It looks like a normal grate or vent, but it is key in further waterproofing of your basement because it catches all water that could flow down into your basement via the steps. On the outside of your home the water is pumped out by the sump. Often in winter months this exit for the water is at risk of freezing. The IceGuard that we install does not prevent freezing, but instead if the water is to freeze the IceGuard has multiple holes at its mouth so the water can still escape once backed up.

Since Alex called us at the right time his foundation can still be saved. We covered the stair step cracks and then placed Carbon Armor wall strips on the outside of his home. Carbon Armor only prevents the foundation issue from getting worse and solidifies the wall and it works in this stuation because our team caught the issue at the right time. Carbon Armor is made from carbon fibers, which is a super strong material that never wears or tears. It is stronger than concrete and 10 times stronger than steel, so once attached it holds the wall still so it won't shift or move anymore.

Our team determined that the reason for the stair step cracks was because the house itself was slipping down. This was caused by the erosion of the soil beneath the house and that caused the house to shift down lower than normal. To fix the issue, Helical piers were installed to correct the shift. Helical piers are used to lift homes back into their original position and are usually a quick installation compared to other methods. These piers work by first removing the soil where the piers will be installed.  Once deep enough the brackets for them are placed beneath the footing of the house, which tranfers the weight throigh the piers to deep soil that is much more solid and reliable. This is a permanent solution for the lifting and correct placement of your home.

Paying attention to your basement and catching your problems in the early stages is the best solution. If Alex didn't call us when he did his wall could've potentially collapsed, creating an even bigger headache for him and his family. 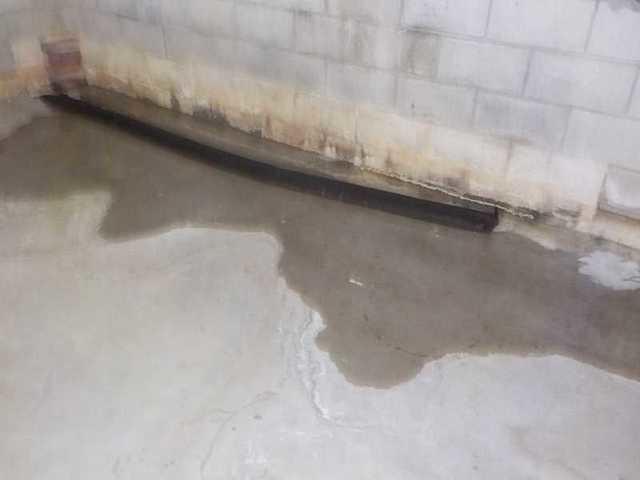 This leak was what our customer first spotted and the reason he called us at Ayers. The leak came from the stair step like cracks on the outside of his home. 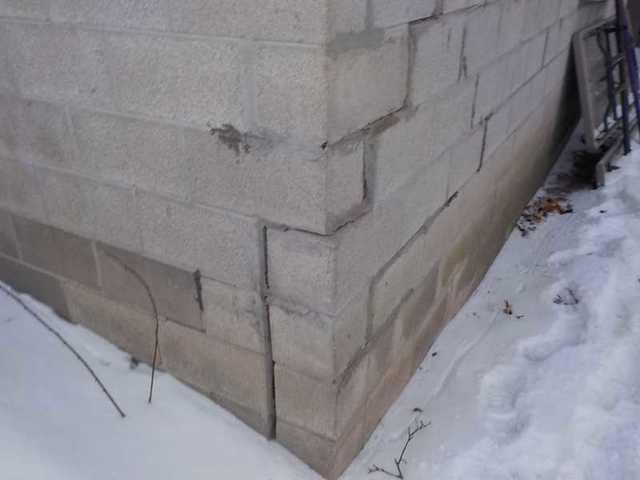 These stair step cracks are a sign that your foundation is compromised and the wall could collapse at any moment. The cracks in the mortar are from moisture moving and expanding in between the bricks. 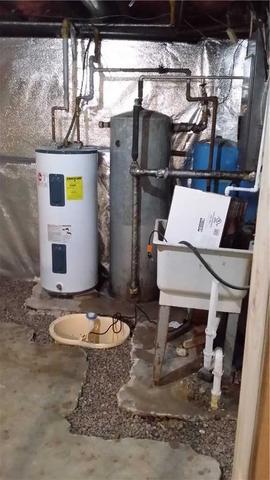 The SuperSump Plus works to keep water out of your basement by pumping out water before it is even close to overflowing. Since it is electric it can alert the homeowner when it malfunctions. 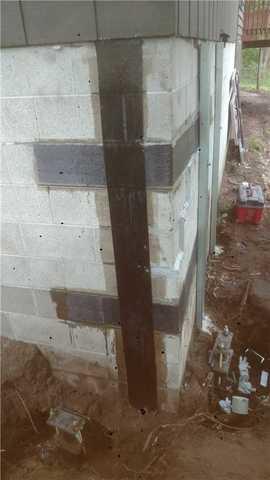 The carbon amour on the wall prevents anything from getting worse and is usually used in hard to reach places or when you catch the problem in the early stages. 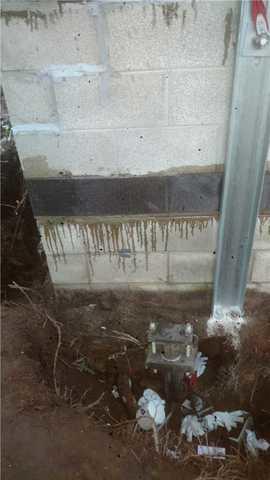 The wall piers have been placed beneath the house and have already been used to help lift the home back into position.