Cade has two buildings on his property. Wanting to add a new roof to his barn, he knew the cracks had to be dealt with first. Similarly, cracks had begun to form on the house and created foundational wall issues. Water had been entering the basement house but manages to drain without collecting too high. Wheelchair-bound and wanting to save his beautiful 30's farmhouse, Cade contacted Ayers to help restore the buildings.   Our Resident foreman Evan was able to listen to Cade, understand his goals as a homeowner, and draft a treatment plan that they both could agree upon. The plan consists of installing Geolock anchors to stabilize the walls, a WaterGuard system to help drain the area, a new TripleSafe sump pump to better equip the drainage system, and a protective layer of Carbon Armor to ensure any potential new moisture does not risk the home's safety. 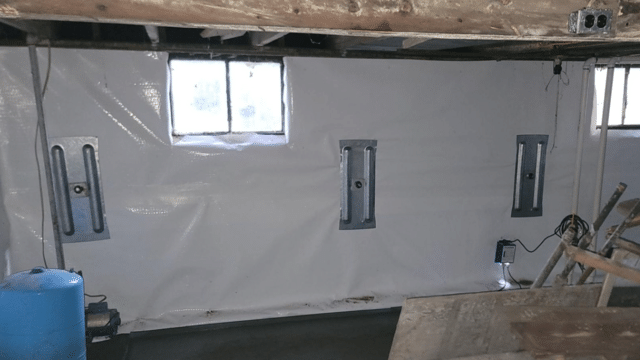 To fix the severely cracked and bowing walls Evan and his team installed Geolock Anchors. GeoLock Anchors fix this issue by pulling the wall back into place. GeoLock is installed by excavating the ground around the perimeter of the home. Anchors are placed along the outside of the now exposed basement walls and held in place with steel drives. On the other side of the wall, a large metal plate is aligned with the anchor and bolted together. The bolt is tightened till constant pressure is pulling the wall into place.     Geolock is considered a permeate solution, not only correcting walls but keeping them from sliding back out of place too. 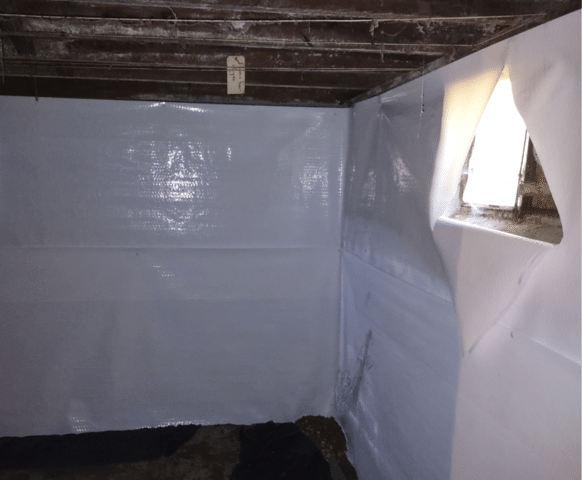 After installing the necessary treatments to stop the major cracks and water intrusion, Evan and his team gave the structure an extra level of protection known as CleanSpace.   CleanSpace is an antimicrobial lining that is placed on every flat surface of a home's crawl space. CleanSpace provides a protective barrier between the home's vulnerable material and any possible moisture inside the home.     Moisture in the home is a danger because it can invite microorganisms that consume organic material like wood (wood found in the support works of a home). If too much wood is degraded then the home's support is compromised and a major risk factor. 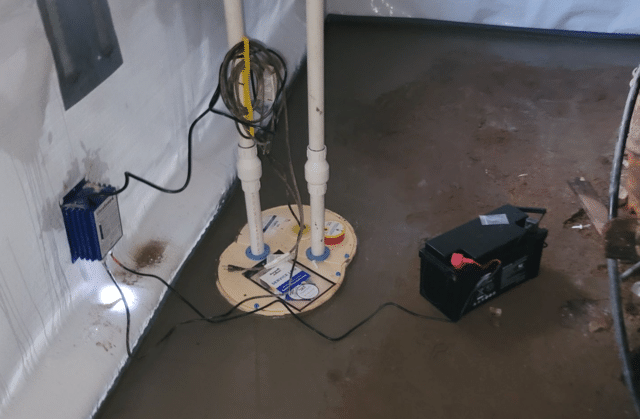 The home's pump system was not strong enough to keep up with the water yield of the barn due to its size and where its located on the property. To help mantain low water levels Evan and his team installed a TripleSafe sump pump.   TIpleSafe is a trusted sump pump at Ayers due to its three levels of security. The first level is a powerful motor that has a high water capacity. The second level of security is a reserve motor that activates if the water surpasses a certain level on the initial motor. The third level of security is a backup battery that only activates if the home losses power.

The structure on the property was too big for just the pump to manage. Evan and his team compensated by adding a WaterGuard Draining system to the home.   WaterGuard is a system of draining channels that are connected to the home's sump pump. The channels are installed under the foundational floor and covered with poured concrete, making it invisible to the naked eye. The channels lead to an outlet pipe that takes the water far away from the home's foundation, depositing the water in a safe location.