This homeowner was putting their property on the market, but needed to deal with the cracked, leaking basement wall first. During heavy rainfall, water was seeping in at the cove joint in the basement, creating multiple puddles of water. The wall in the home was also showing stair-step cracking, which is a warning sign for wall failure. The basement had flooded up to two inches in the past and the homeowner was concerned about how this problem would affect the sale of the property.

To waterproof this basement, we first installed the WaterGuard system that ensures any water entering the home will filter into the system and exit into the sump pump. To install this system, we removed several sections of the concrete slab around the perimeter of the basement in order to place the WaterGuard pipes. The pipe was placed on top of the footing to prevent it from clogging with dirt and was also placed slightly away from the wall to give water leakage easy access to pipes.

Next we installed Carbon Armor to address the cracking foundation wall in the basement. Carbon Armor is a high strength material that is adhered to the wall to prevent it from cracking or bowing any further. To complete this installation, we first prepped the wall to create a smooth surface for the system to work with. Next we applied epoxy resin to the wall and attached the carbon armor strap, which immediately stabilized the wall. 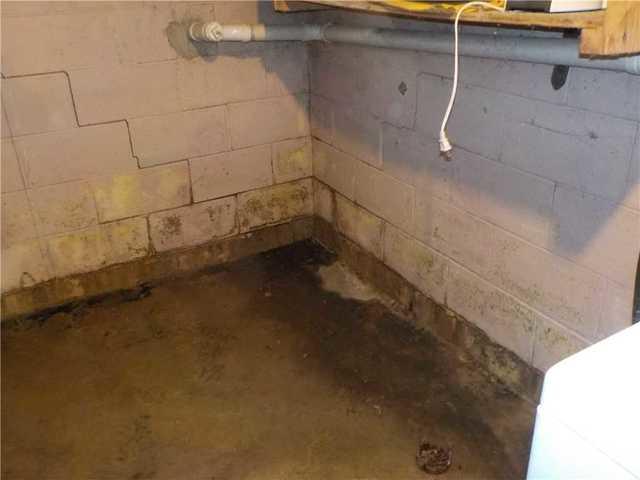 This basement had two major problems that we needed to deal with. The first one was the stair-step cracking that is a sure sign of wall failure. The second problem was that water was entering the home at the cove joint, causing water damage. 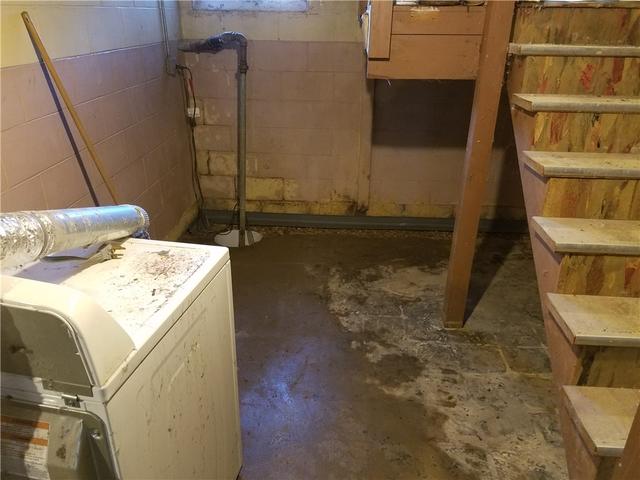 The perimeter drain system installed in this basement will make sure water is efficiently collected and drained into the sump pump. 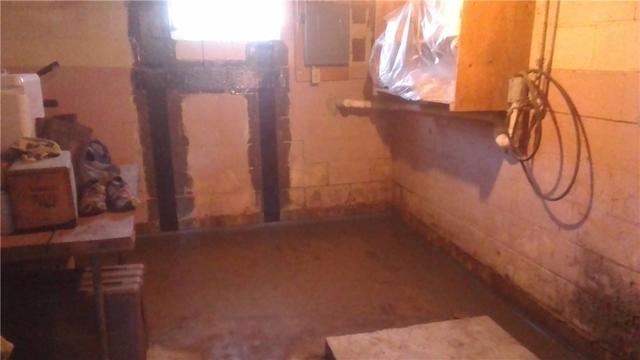 The carbon fiber straps in the Carbon Armor system stabilized the wall and prevented it from bowing any further.