Finishing a basement is a great way to add living space and value to your home, but it comes with its risks. If you live in an area with a high water table, at the bottom of a hill, or even just one that experiences heavy rains, your basement is at risk of flooding and everything that comes along with an influx of water.

When Diana and Allen called, it was after discovering water in their finished basement last summer. Enough water came up through the floor to soak the carpet throughout the basement. They initially thought the downspouts were to blame, but then water popped up in multiple places. They had never had a sump pump in their 40 years in the house and hadn’t had issues, but now they needed an answer.

Their first priority was to fix the water problems, but they also wanted to refinish the basement in the future. They were skeptical of even being able to refinish it once there were known water issues, but we had a plan.

System Design Specialist David Pozsgai did a full interior and exterior inspection of the home. The downspouts were ruled out as a culprit (though it’s always smart to extend your downspouts away from the foundation), and we confirmed that the water was a result of hydrostatic pressure. When soil becomes oversaturated, the water pressure causes water to essentially try to move anywhere that has lower pressure. It doesn’t matter if that means traveling through soil, rocks, or even the solid concrete of a foundation - it will get there. This is why water was coming up straight through the floor with no apparent origin.

We installed WaterGuard below-floor drain system in one corner of the basement and then used feed line throughout the basement to connect multiple low points and ensure total water protection. The entire system was routed to a new SuperSump pump, which can pump 2200 gallons of water per hour, and the discharge line was outfitted with IceGuard and a Lawnscape outlet. IceGuard connects to the discharge line at the point it exits the house and has a one way valve to prevent water from re-entering the home in the event of a frozen line in the winter. The Lawnscape outlet is a grated end cap for the discharge line that allows us to bury the line and prevent debris from clogging it.

With a system in place to collect incoming water and a powerful sump pump ready to discharge it, Diana and Allen can refinish their basement without worry and enjoy it for years to come. 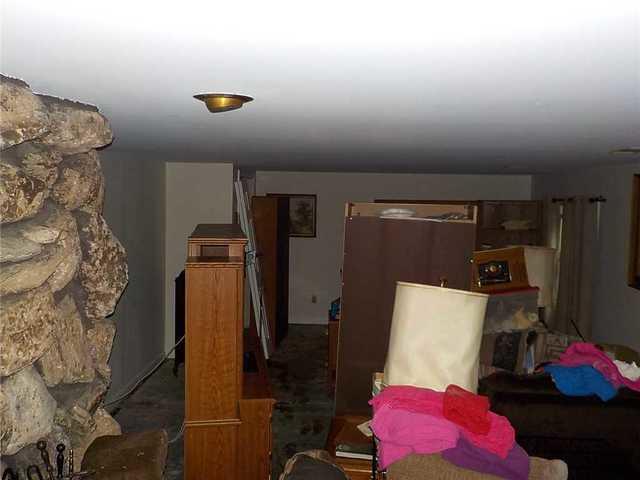 When water started springing up in random areas of the basement, everything was piled into a drier area to prevent damage. 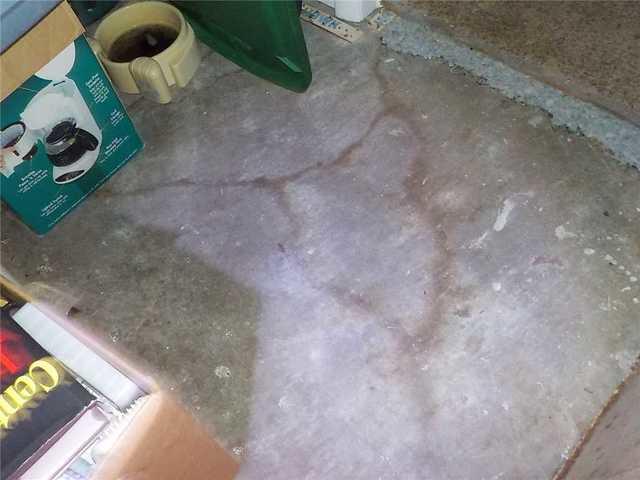 Pulling back the carpet revealed hairline cracks and water stains. This is a result of hydrostatic (water) pressure forcing water up through the floor. 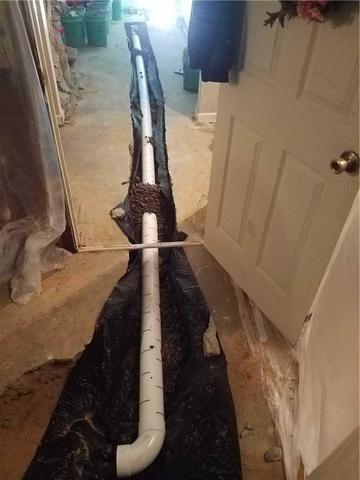 Feed line was installed throughout the basement to connect low points and prevent water from pooling or evading the waterproofing system. 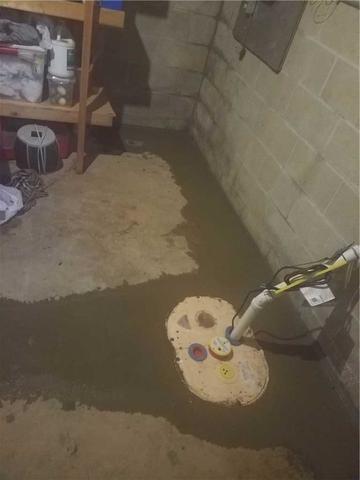 The SuperSump pump is capable of pumping 2200 gallons of water per hour, guaranteeing this basement will be dry and ready for refinishing.