Our customer called us after a neighbor had their crawl space encapsulated and recommended us. It's common for houses in the same neighborhood to have similar problems, and this is especially the case with neighborhoods near bodies of water. Sure enough, this crawl space had problems with water and everything that accompanies it - namely musty smells and mold. We encapsulated the crawl space with CleanSpace vapor barrier and covered the vents and door to ensure an airtight seal, using FrothPak around the rim joist as a final insulating touch. We also installed two Smart Drains to route water, and two SaniDry dehumidifiers (due to the size of the crawl space) to keep ambient moisture under control. 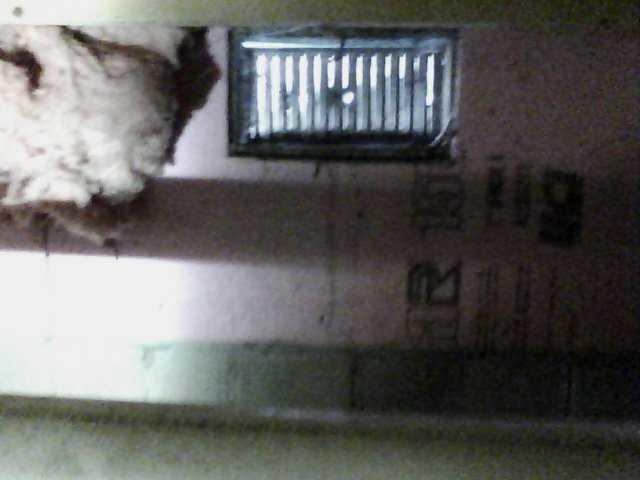 This crawl space had nine vents. NINE. No wonder it was wet and moldy. I just googled crawl space vents and discovered that the average size is 8" x 16", which is 128 square inches. Multiply that by nine and reduce it to a number that means something and nine crawl space vents come out to 96 SQUARE FEET OF OPEN SPACE IN THIS CRAWL SPACE. This outrage is brought to you by math. 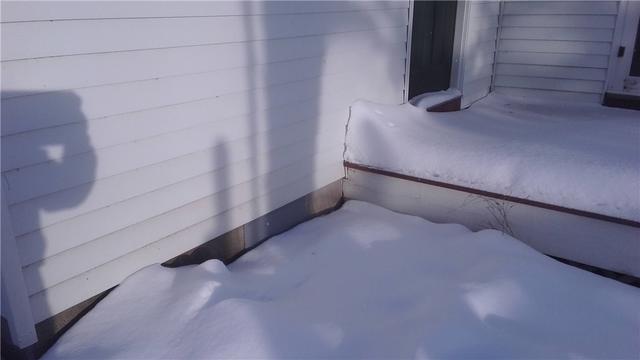 Covering the crawl space vents keeps "the outside" well, outside. That means moisture, debris, and critters. 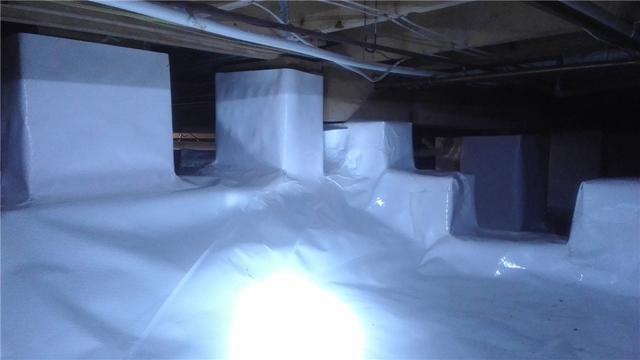 In addition to the walls and floor, we install the CleanSpace vapor barrier on support piers to protect them from moisture. 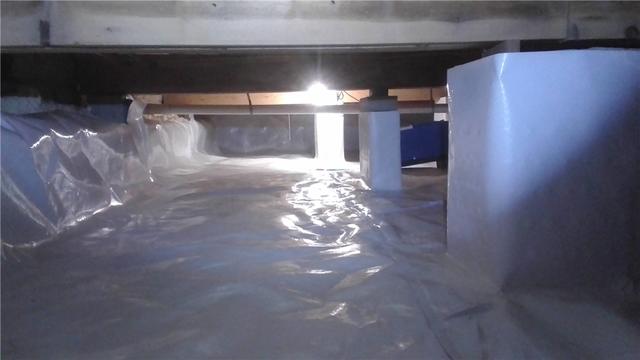 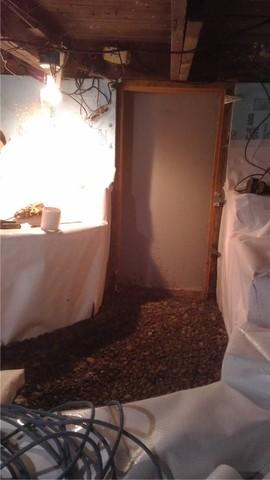 Many crawl space doors use the word "door" lightly. They're more like boards with hinges and they don't do much to keep outside elements out of the crawl space. But this door is air and water tight and, ya know, actually a door. 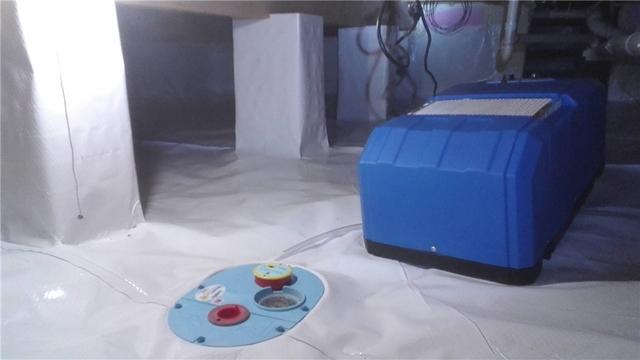 Added Layer of Protection Against Water in Crawl Space

The SmartDrain will help the SaniDry dehumidifier collect ambient moisture and discharge it, keeping the crawl space dry. 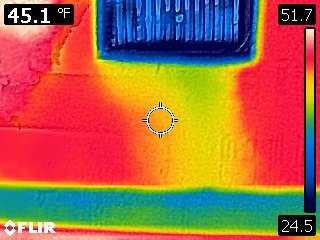 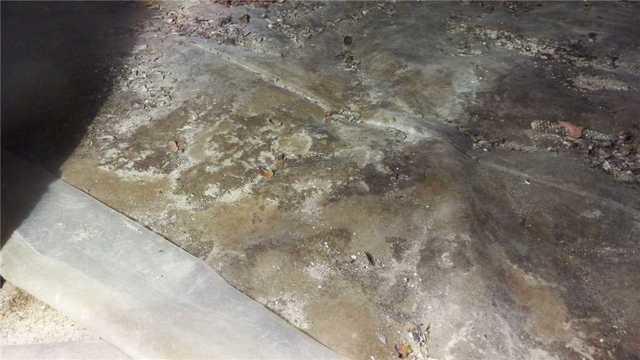 Mold and Debris on Plastic Liner

There's a plastic liner material that many people put in their crawl spaces to protect them from debris and water. That's what you're looking at here, covered in mold and debris. What exactly are you protecting? 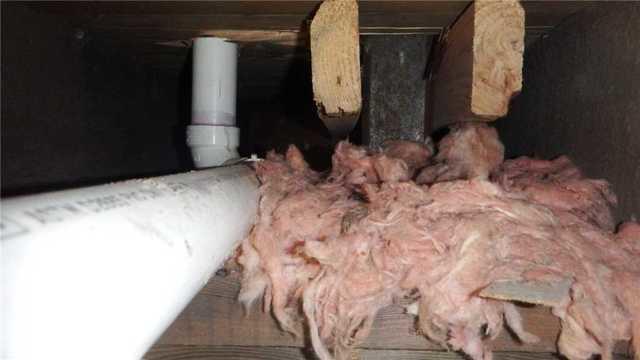 So, fiberglass insulation. It's great for some applications, but wet crawl spaces are not one of them. Not only does it have a paper backing, which provides excellent resources for mold growth, but it absorbs water until it just gets too heavy and falls, leaving the area it was insulating exposed. 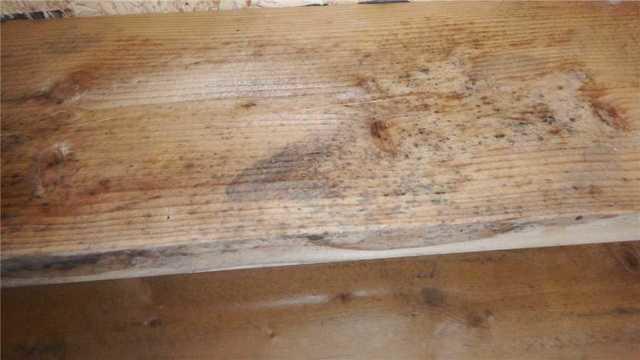 Disclaimer: mold spores are microscopic, and by the time you can see mold, you're looking at colonies of millions of spores. That's all. 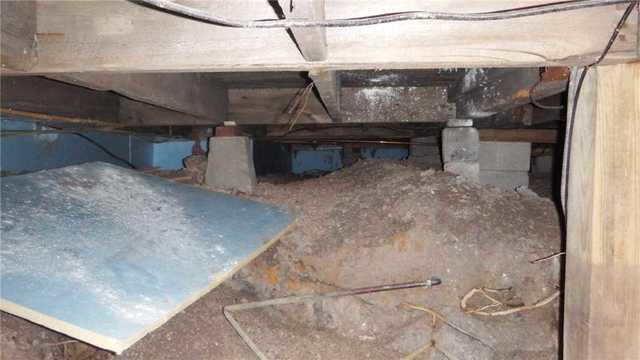 Mold has taken up residence on beams as well as anything organic on the ground. When you notice a musty smell coming from your crawl space, this is what you're smelling. 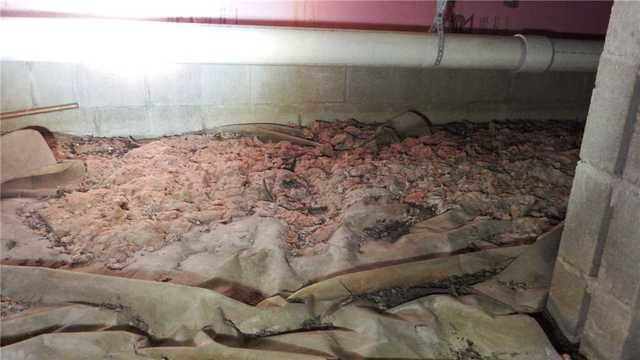 That plastic sheet sure is insulated, what with all of the fiberglass insulation that has fallen from the ceiling. 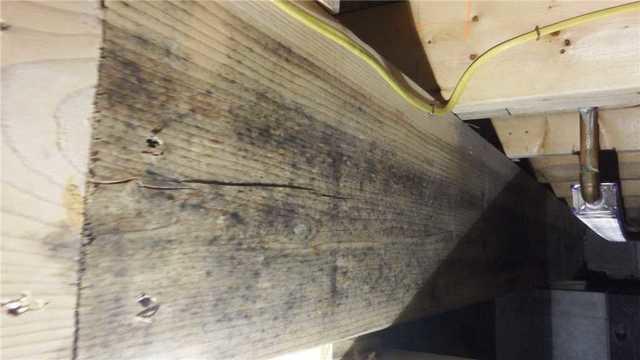 We already looked at a beam with mold on it; here's what happens as time goes on. The beam is literally splitting, which clearly affects its structural integrity and safety. Wood can only split so far before it breaks entirely.