Frost Heave and Your Foundation 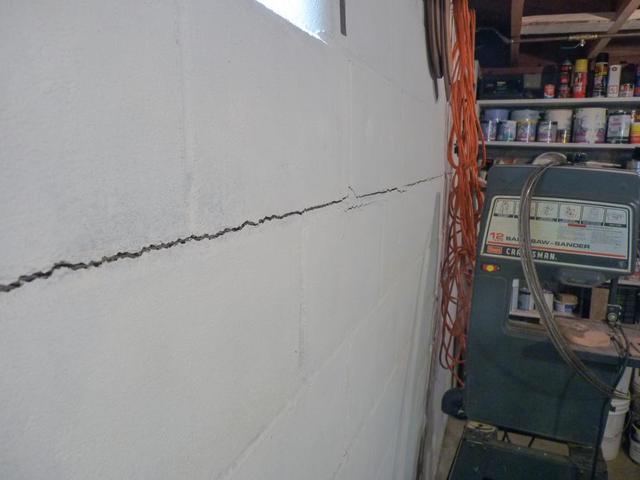 There’s an old joke about Michigan - If you don’t like the weather, just wait five minutes - and we’re in one of the times of the year where that’s very accurate. The constant freezing and thawing is probably wreaking havoc on your skin and lungs - but it’s also detrimental to homes.

When water in the ground freezes, it contracts. But as temperatures rise, the water thaws and expands, and the soil surrounding it also expands. This effect is called frost heave and is a concern as the expanding soil puts pressure on foundation walls. Not only will the groundwater make its way through foundation walls, but the pressure on the walls can cause them to bow, putting the foundation at risk.

Let’s look at the thaw/freeze cycle and what it means.

Temperatures have been wildly vacillating for all of November, but soon they’ll settle below freezing for the duration of winter. The ground will freeze, and the soil will contract, leaving gaps around foundation walls.

While we experienced a mini version of this over the weekend, it’s hard to tell when the BIG thaw will happen, because over the past few years we’ve seen unexpected higher temperatures and large amounts of rain in January and February. As the rain falls, two things happen: One, water fills in the gaps left by the contracted soil, and two, the frozen soil thaws and expands, pressing on foundation walls. At this point, the ground is oversaturated and water will go wherever there is space - namely, microscopic cracks in the foundation. As water travels through the cracks, they’ll be widened.

And just like that, a 25 degree drop sends us back into freezing temperatures. The soil will freeze and contract again, except now there’s much more moisture in it.

The cycle will continue as many times as the temperatures rise and fall before leveling off in the spring, and each time when the ground thaws, it’ll get oversaturated sooner. This means that more water will travel through ever-widening cracks and the soil will put more pressure on walls, causing bowing with the accompanying water problems. In addition to these issues, constant water influx can dissolve minerals present in block walls, weakening them over time. Weakened walls under constant pressure can spell trouble quickly, putting a home at risk of anything from flooding to wall collapse.

In addition to top of the line waterproofing options, Ayers has a variety of products to stabilize and even straighten bowing walls to combat the effects of frost heave. The best time to solve a problem is before it escalates - call us to inspect wall issues before we enter the neverending frost heave cycle.