Jackie's basement initially flooded back in 2002. Using a different contractor, she was guaranteed the floods could not return. After leaving for several months and returned to find mold and wet drywall. Wanting a truly reliable solution, she contacted Ayers. Our foreman Randy was able to inspect the area and managed to see what the initial contractors missed.   Randy decided to give the home a new more powerful sump pump known as TriipleSafe. He also installed an IceGuard modification, all the while treating the area with an industrial dehumidifier. 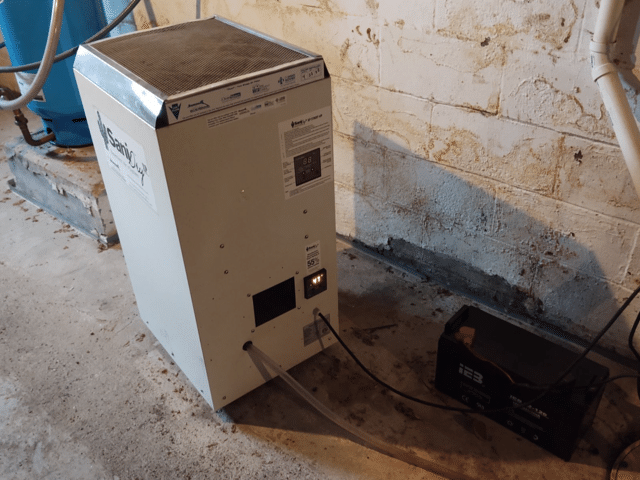 Moisture in the air is a major risk to the home. Moisture can invite micro-organisms into the home that consume organic materials like the wood found in most homes' Supportworks. This process weakens the home's integrity risking the safety of the home. Moisture also invites mold spores that can risk the occupants' health directly as well as indirectly.   Randy and his team avoided these potential complications by treating the area with a powerful dehumidifier. The machine runs the entire time Randy or one of his team members is working, ensuring that there's no residual moisture after the job is completed. 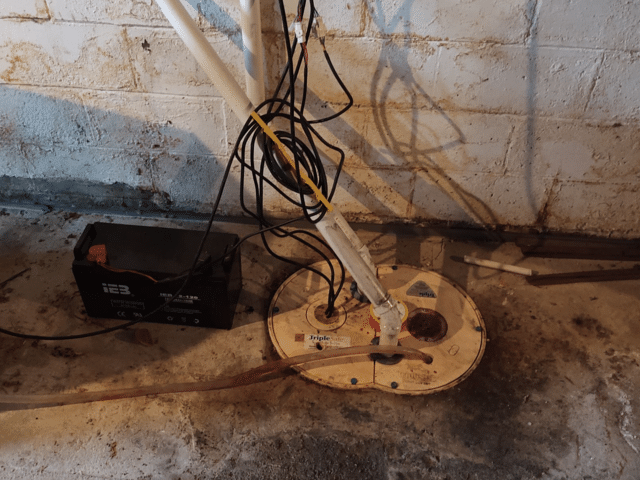 The Sump pump that the initial company installed was not powerful enough to control the flow of water for the entire home, so Randy and his team decided to replace it with a model trusted by Ayers.   TIpleSafe is a trusted sump pump at Ayers due to its three levels of security. The first level is a powerful motor that has a high water capacity. The second level of security is a reserve motor that activates if the water surpasses a certain level on the initial motor. The third level of security is a backup battery that only activates if the home losses power. 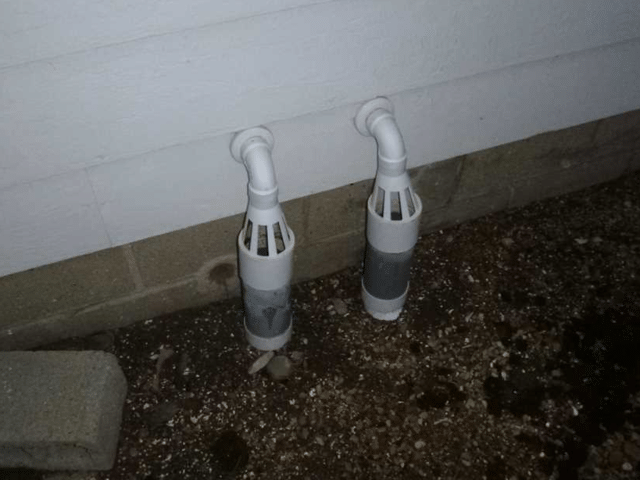 The previous contractors never took into account the winter months when working on the home. The outlet pipes connecting to the home had no way of dealing with ice formation during the winter. Randy and his team installed a mod to the pipes to allow the water to flow freely. IceGuard is a modification that attaches to the pipes of the home's sump pump. Without the mod ice can build up when the pump pushes water through the system, risking buildups and ruptures. IceGuard is a simple attachment that requires no energy to function year-round.