Sometimes, customers don't call because their basement is flooding or their crawl space smells terrible. Sometimes, they just want what's already a normal, "fine" space to be nicer. That was the case with our customers in Zeeland. They had recently purchased the home and wanted to make the dirt-floored basement and crawl space clean and a little nicer.  We installed CleanSpace vapor barrier throughout both the basement and crawl space and insulated around the windows with FrothPak spray insulation. Now the basement is usable without trekking on dirt floors and our customers are happy. 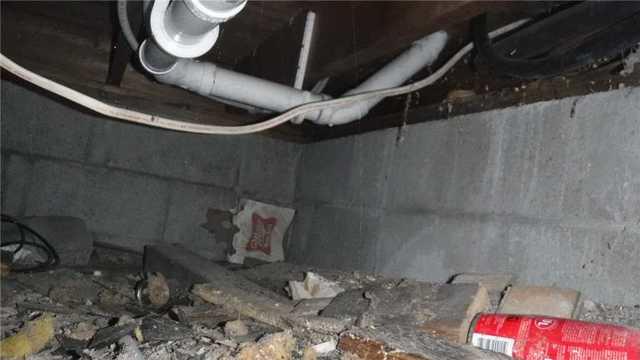 There's nothing patently wrong with this crawl space, but the customers wanted the debris cleared and floors leveled. 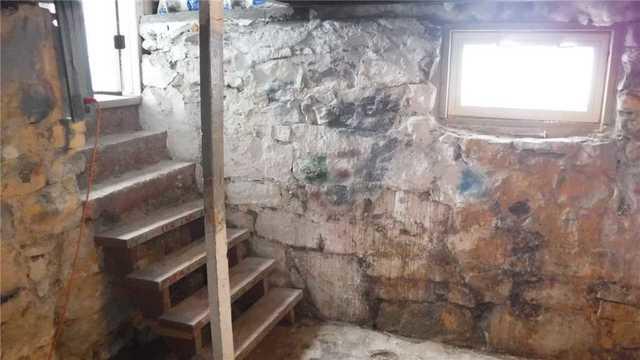 Stone Walls Could Use a Facelift

The stone walls in the entrance to this basement aren't the most inviting. 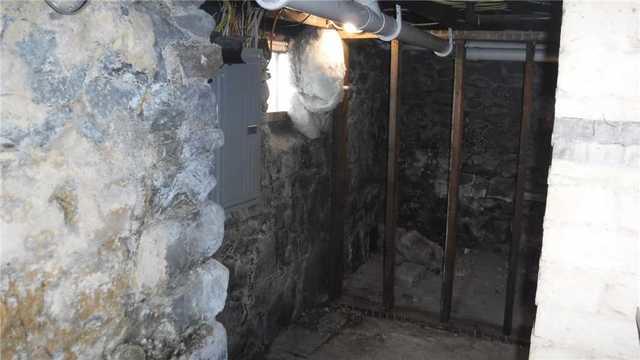 While it's a basement and not a guest room, many people still visit their basements quite often. Whether it's to do laundry or store belongings, it's never fun to walk down into a basement that feels like a dungeon. 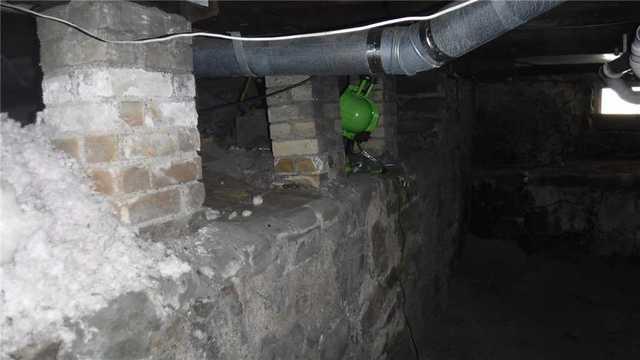 Division of Basement and Crawl Space

These posts divide the area between the basement and crawl space, both of which needed help. 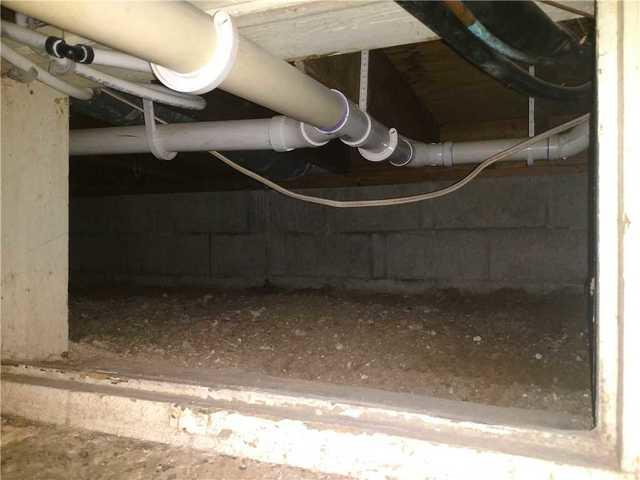 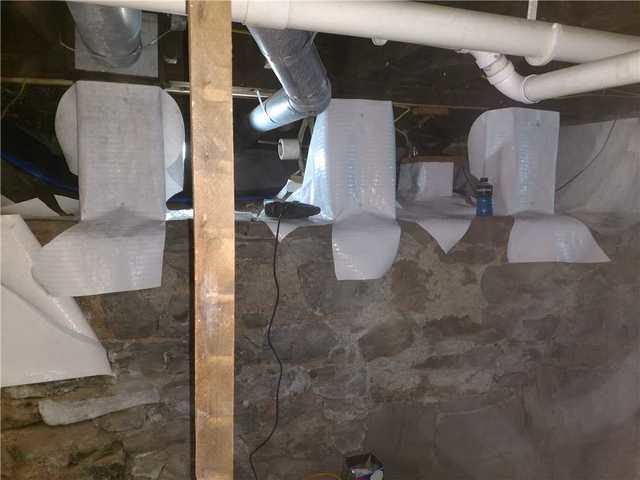 In addition to the walls and floor, we wrap support piers both for aesthetics and to provide extra protection against ambient moisture. 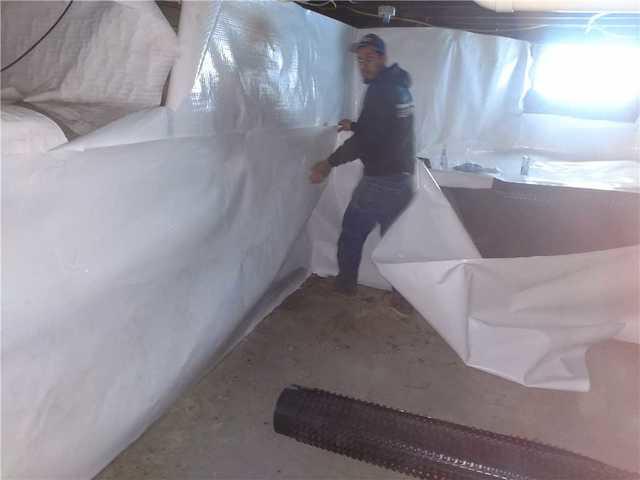 That isn't Bigfoot, it's foreman Dan Hendy preparing to install CleanSpace on the wall between the basement and crawl space. 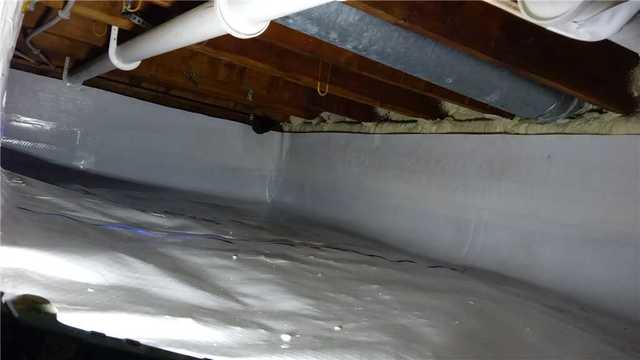 After the CleanSpace is installed, this crawl space is bright and clean. 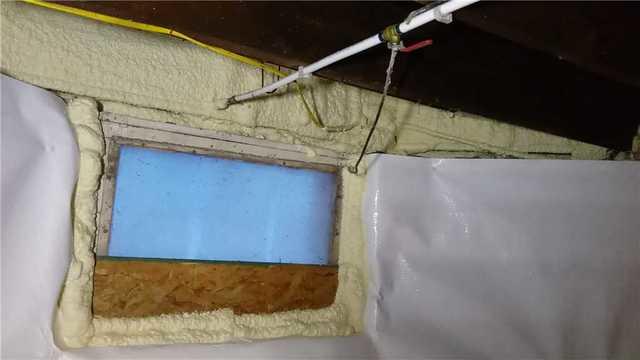 The areas around windows and doors are particularly prone to air leaks. This can let heat escape from the HVAC unit, causing it to work overtime without the benefit of a warmer home. Microscopic openings can also let critters in. FrothPak is an inorganic spray foam insulation that gets to every nook and cranny. 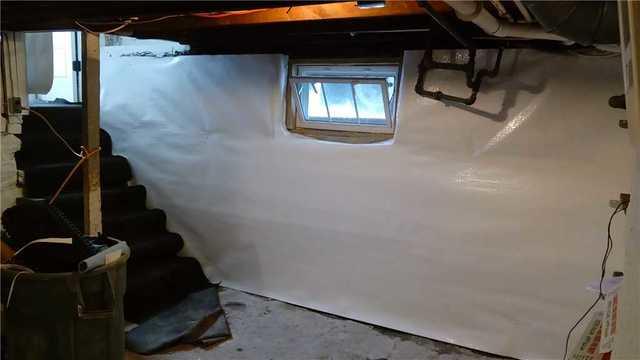 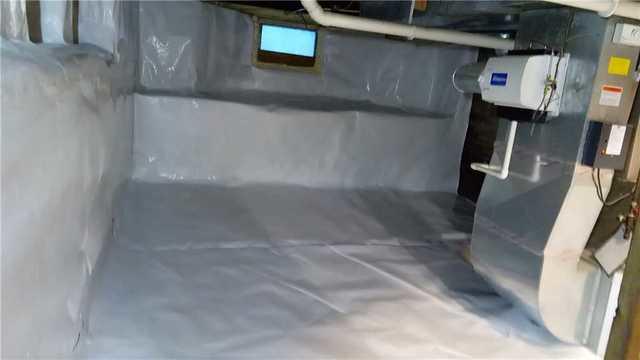 While CleanSpace provides protection against ambient moisture, it also just makes everything look, well, clean. The bright white CleanSpace is a step up from the dark stone walls.