Our customer called with the age old crawl space problem - smells. He knew it had a musty odor and there was definitely moisture, but he wasn't sure beyond that because the crawl space was very short (i.e. you couldn't stand up in it) so he didn't spend a lot of time down there. Mold and general humidity related mustiness was behind the odor, so we used CleanSpace vapor barrier to encapsulate the crawl space and replaced the insulation with SilverGlo insulation panels and spray foam insulation to fill in the gaps in the joists. We installed a SmartDrain to help with any incoming water and a SaniDry dehumidifier to control ambient moisture. Finally, we used vent covers to seal off the vents that allowed moisture into the crawl space.

The crawl space certainly isn't the worst one we've been in, but it had definite signs of moisture issues, like mold, dirt, and debris littering the ground. 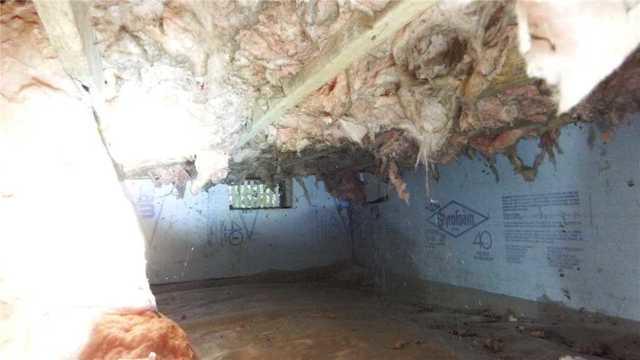 Crawl space vents were once thought important for airflow and drying out a crawl space. This has since been proven false and detrimental to a crawl space, as an open vent allows moisture, dirt, and any number of bugs or animals access to your crawl space and home. Note how dirty the insulation is near the vent. 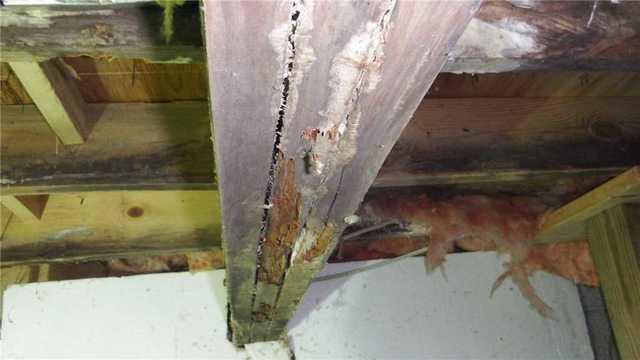 In addition to causing mold, one of the biggest dangers of a wet crawl space is the degradation of wooden beams and joists. Constant humidity allows wood to soak up the water and decay. This can cause floors to sag or even to fall completely. 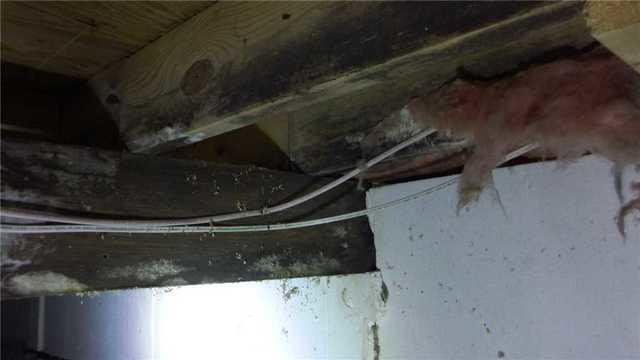 The beams that make up the subfloor to the house are riddled with mold, which will eventually make the floor sag as the beams break down. There are a few warning signs in this picture. First, the plastic sheeting on the ground is not a true barrier, but just laid out over the dirt. Second you can see the fiberglass insulation mentioned before starting to fall. 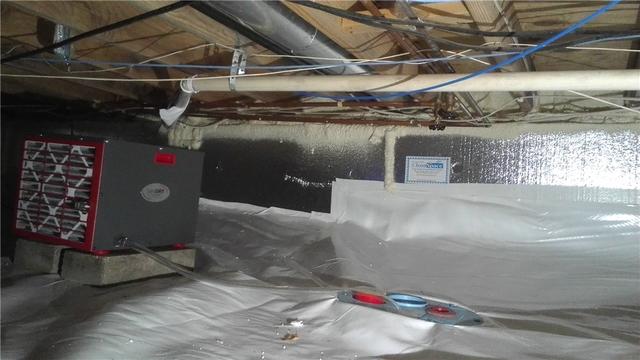 The SmartDrain in the floor and the SaniDry Sedona will keep incoming and ambient moisture from affecting the crawl space. 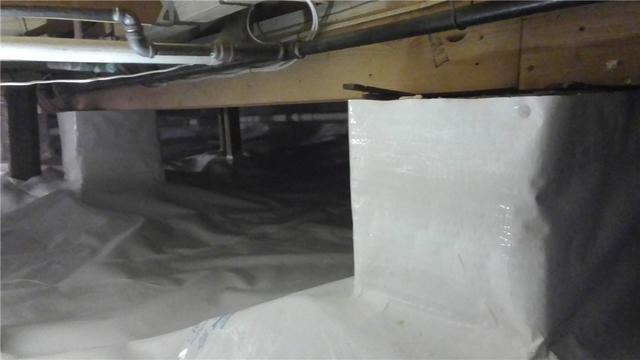 In addition to covering the walls and floor, we wrap support piers with CleanSpace to extend the protection and prevent decay and mold caused by water. 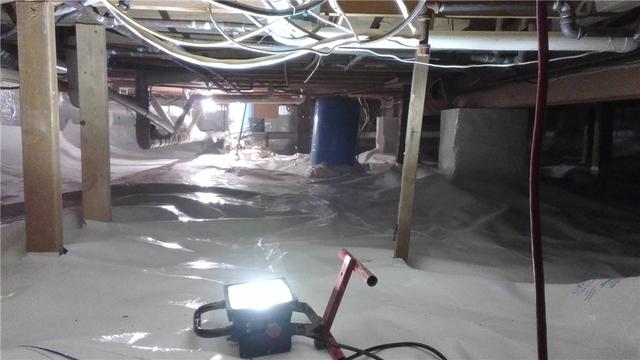 (Pardon our work light in the front) With CleanSpace in place, we've converted a wet, musty crawl space into something clean and dry and less frightening.