Our customer called after a long, steadily escalating battle with the standing water in his crawl space. Every time it rained, or the snow melted, the crawl space would fill with water even though there were no visible cracks in the foundation. There was a sump pump in place, but it wasn’t enough to keep up with the sheer amount of water.

We sent system design specialist Greg Brown out to inspect the crawl space, and what he found was - not shocking, because we see it often in our line of work, but definitely stressful. The ambient moisture caused an aggressive mold problem which had, over time, rotted out one set of joists and support beams and was working its way through another. The relative humidity in the crawl space was 85% and many of the beams were visibly warped and mold-ridden. The crawl space was in trouble.

With the crawl space encapsulated, we turned our focus to sealing off as many entry points of water as we could. We installed a vent cover on the crawl space vent, and used FrothPak spray foam insulation to seal every nook and cranny of the rim joists and keep humid air from entering.

With the crawl space sealed, we were able to work on getting any stray water out for good. First, we replaced the existing, slow sump pump with a Smart Sump pump, which is designed for crawl spaces. We added a discharge line that would work with the slope of the lawn to keep water flowing away from the house, and added an IceGuard cap to prevent backups in the event of a frozen discharge line. Finally, we installed a SaniDry dehumidifier to take care of lingering ambient moisture and prevent the mold from having resources to grow. On the day the SaniDry was installed, before our production crew had even packed up and left the house, the ambient moisture in the crawl space was already down to 71%.

It’s easy for “There’s water in the crawl space” to turn into “The joists are rotting and full of mold” in what seems like the blink of an eye, but all isn’t hopeless even if it gets to that point. By installing an encapsulation system and a strong sump pump, we were able to ensure that going forward, the crawl space will be dry and protected. 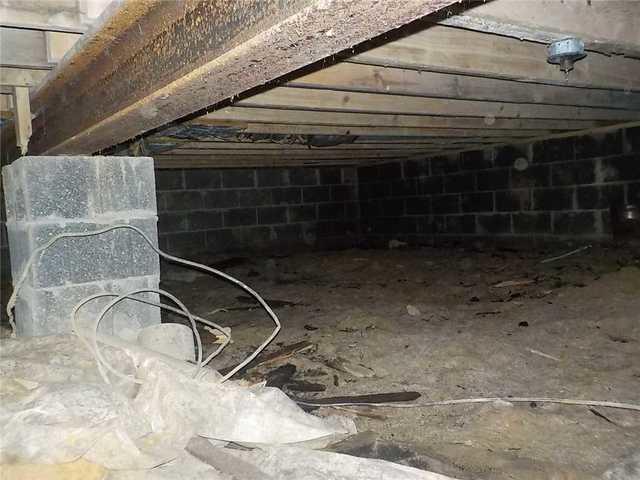 Severe staining on the walls and damage to the beams shows how long the crawl space has had a standing water problem. 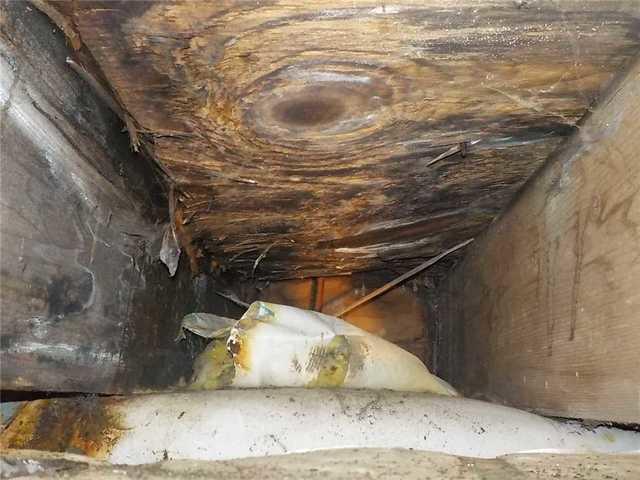 These mold-ridden beams and boards are what's supporting the floor of the home. 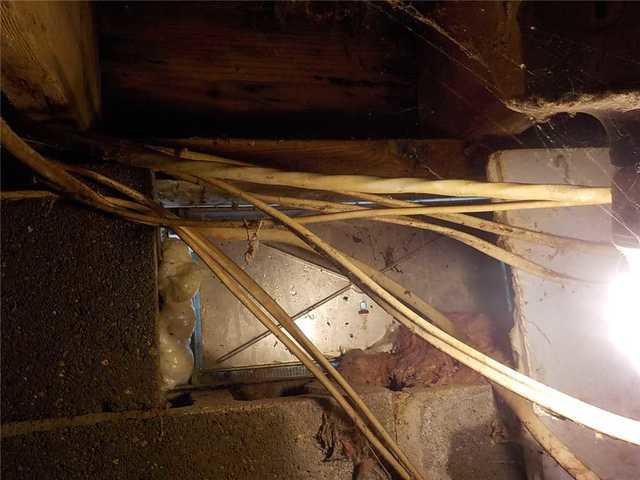 Visible daylight from inside the crawl space is never a good thing. This vent was poorly sealed off and needed a vent cover. 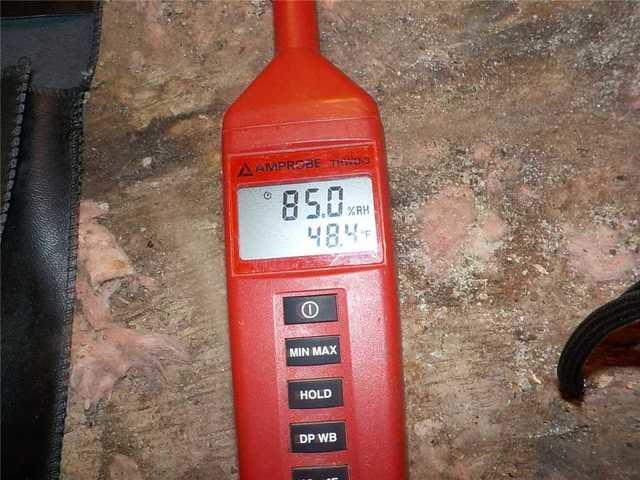 Such high humidity (85%) plus all of the organic material in the crawl space is a veritable field day for mold. 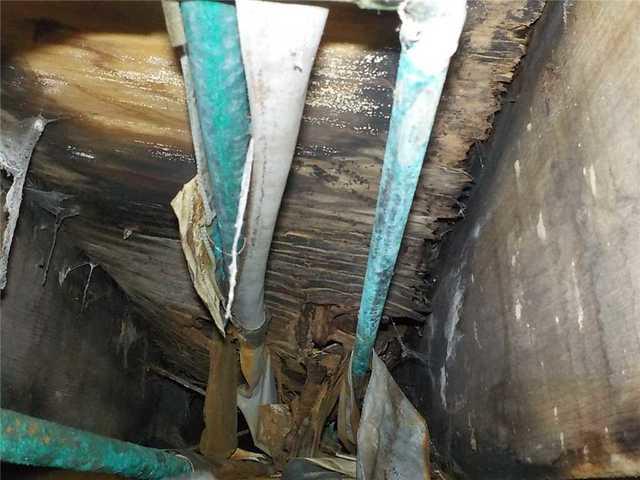 This decaying wood has no structural integrity left after being ravaged by mold. 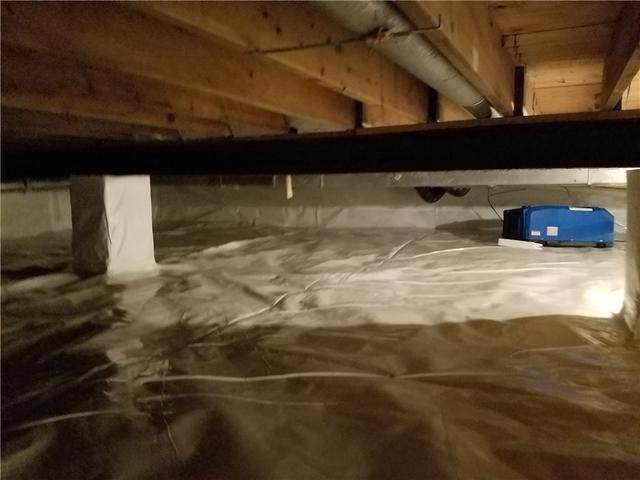 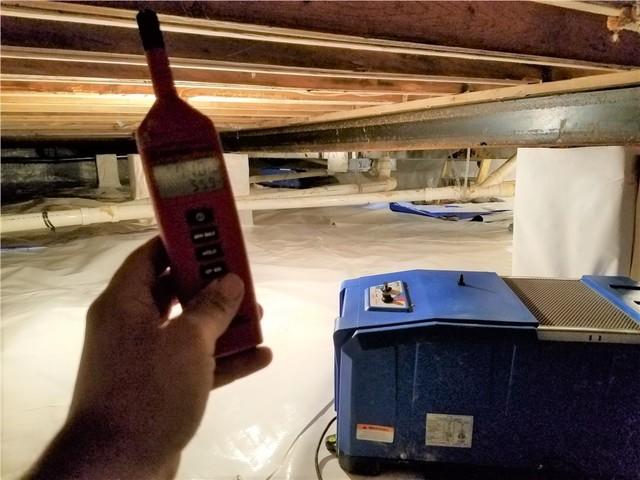 Within a few hours, the humidity in the crawl space had already decreased 14%