Our customer called with problems in both their basement and the adjacent crawl space. The fieldstone basement was leaking and almost constantly had water and mold problems. It didn't help that there was no sump pump, which is vital to ensuring water is evacuated from the home before it can do damage.

The crawl space, on the other hand, didn't have a major water problem. It mostly had...stuff living in it.

Critters - a general term we use for bugs, rodents, and other creepy crawlies that make their way into your crawl space like squatters you can't evict - were taking advantage of the crawl space to live and reproduce rent-free. Other than being, well, gross, this can be dangerous as fecal matter and other insect debris can travel through your HVAC system into your home.

Both the basement and the crawl space needed help, so they called Ayers.

First, we installed a full perimeter of the WaterGuard below-floor drain system. WaterGuard works by collecting any incoming water and directing it toward the sump pump - in this case, a new SuperSump pump - which can then actively discharge the water outside. Without a perimeter system, you basically have to hope that gravity channels all of the water to the sump pump. And if you don't have a sump pump? You have a wet basement.

Finally, we installed CleanSpace over top of the fieldstone walls that were letting water in. While you're probably used to hearing about CleanSpace in a crawl space, it can also be used in situations like this when our wall panels can't be used.

Onto the crawl space, we encapsulated the entire space using CleanSpace vapor barrier with drainage matting. The drainage matting creates a small space between the CleanSpace and the ground, which allows water to move more freely toward the discharge line. 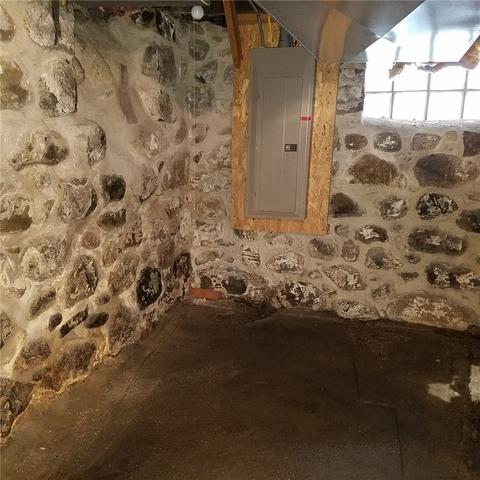 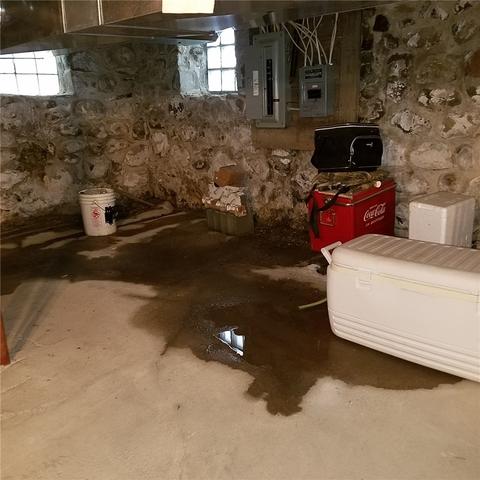 Stone walls like these make it difficult to stop water coming in with our traditional wall panels. 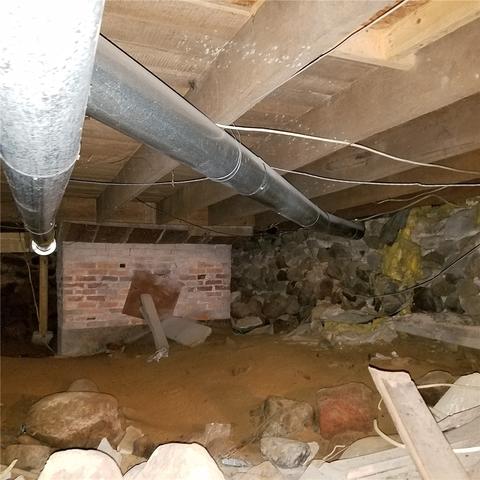 This crawl space had a four (and eight) legged problem, with insects and rodents making themselves at home. 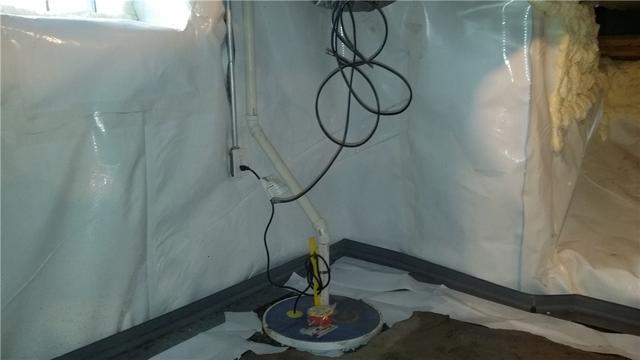 We covered the basement walls with CleanSpace to protect the basement from water, and installed WaterGuard and a SuperSump pump. 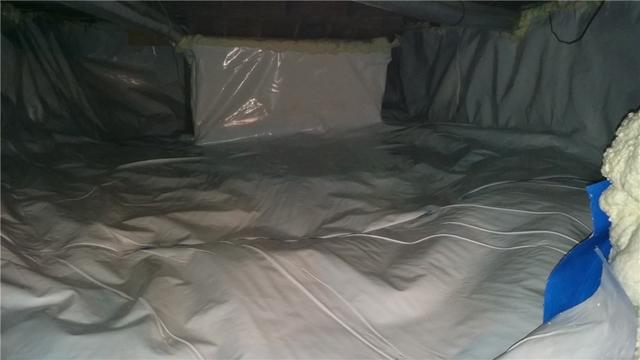 The crawl space was protected with CleanSpace.