George called us with no idea what to do about his crawl space. He'd had vapor barrier installed years before - at least he thought he had - but he was noticing signs of water problems in the crawl space, especially in the area of the house where all of the bedrooms were. He didn't know if he needed a sump pump, or a better system, or if it was hopeless. What he did know was that he was getting older and had no desire to crawl down there himself to try and figure out what was going on.

He needed our help.

Our system design specialist Jeff W paid George a visit and got down in that crawl space himself. What he saw wasn't surprising, but was a little disappointing; the vapor barrier that had been installed was nothing more than plastic sheeting (that slightly thicker plastic that basically looks like a clear tarp) that had been laid down on the dirt floor. Not only was it not secured in any way, it was ripped in places! Imagine asking for a blanket and someone crumples up a paper towel and throws it on you - that's this crawl space. Humidity in the crawl space was at 73%, far too high and prime for mold growth. It was a mess.

But Jeff knew exactly what to do.

First, George needed a real, true vapor barrier. We installed our CleanSpace system in the entire crawl space, along with drainage matting. The matting is an extra layer that has a dimpled surface that creates a little separation between the dirt and the vapor barrier; this allows water to move more easily to the sump pump.

Which brings us to the next step - a sump pump. Since the crawl space had issues with active incoming water (vs humidity or ambient moisture), it needed a sump pump in order to discharge that water outside and prevent it from causing problems in the crawl space. We installed a TripleSafe sump pump, which combines three powerful pumps in one crock to guarantee protection no matter how much water enters the crawl space. It even has a battery backup if the power goes out during a storm.

With the main components of the crawl space upgrade in place, it was time to tie up loose ends and make sure everything was protected permanently. Most issues in a crawl space come from unsealed areas, so covering them is important. This came in the form of vent covers, a new airtight access door, and spray foam insulation in every nook and cranny to make the space airtight and resistant to the elements.

Finally, a SaniDry Sedona dehumidifier was installed to take care of any humidity in the crawl space and protect against mold growth and funky smells.

In addition to the encapsulation, the new sump pump and dehumidifier required some upgrades to the electrical panel, but George was happy to find out that we could take care of that in-house. He even had us do a little extra electrical work while we were there.

This dirty, musty crawl space needed help, but Ayers is here to do exactly that - help. George doesn’t need to worry about what’s happening down there anymore, because his new encapsulation and waterproofing system is on the job. 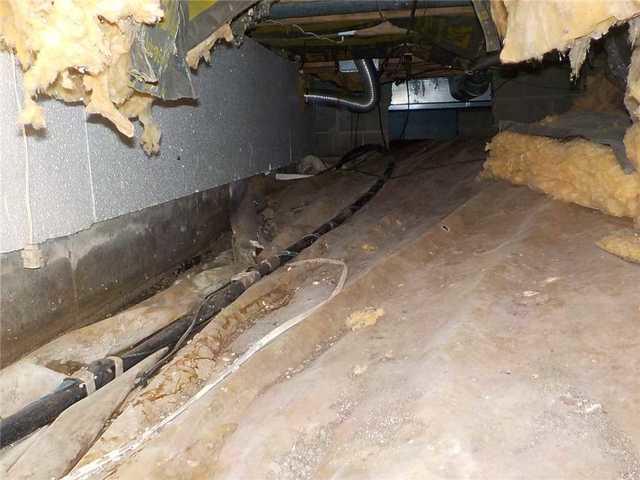 This plastic sheeting wasn't secured anywhere and ultimately provided little to no protection in the crawl space. 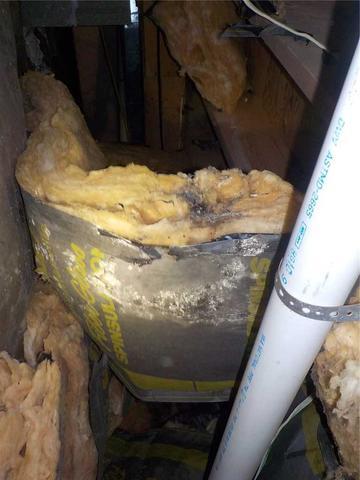 Traditional fiberglass insulation is a bad idea underground, as it absorbs water and provides a great place for mold to grow and spread. We replaced it with inorganic materials. 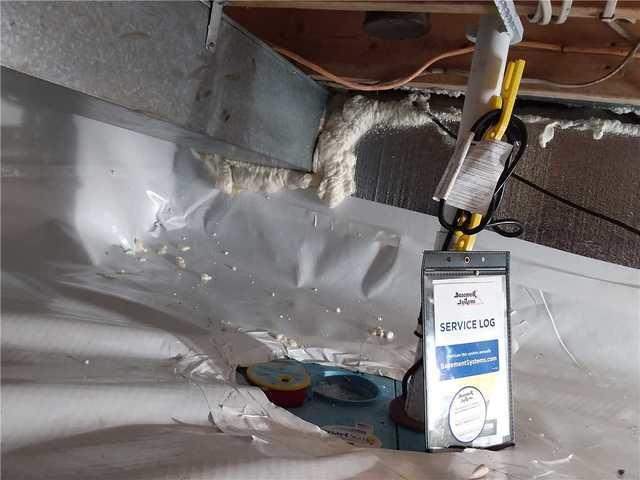 The TripleSale sump pump performs under even the highest pressure conditions. In the background, FrothPak spray insulation seals up the joists to prevent water and air entry. 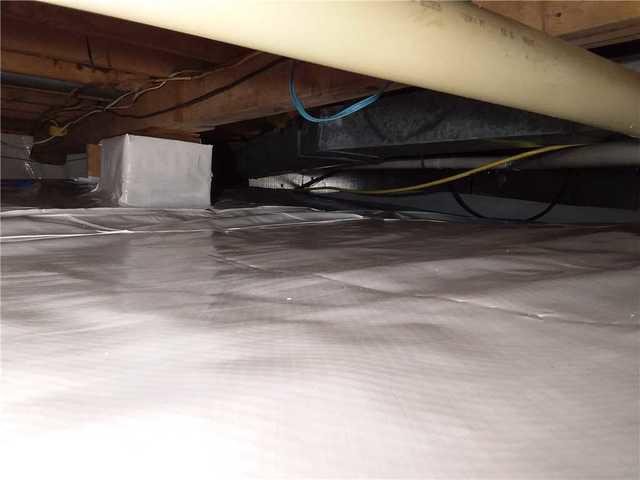 A clean, encapsulated crawl space. We wrap support piers in CleanSpace as well for full protection.