Betty and Mike called us for advice on a home they were considering purchasing. The house was beautiful, situated on a lake and exactly what they wanted for their “next phase” as their kids grew up. But the crawl spaces (yes, two) had a few major problems that almost made them give up.

First off, there were some structural concerns. Floor joists in one crawl space were rotting, causing the floor in one section of the home to feel spongy and unstable. Secondly, the crawl spaces had an obvious moisture and mold issue, which filled the house with an unpleasant smell and made them worry about possible health issues.

After receiving some conflicting advice on if the home was worth the headache to purchase, or even safe enough to live in, Mike took a recommendation from a friend and called us for an inspection. System Design Specialist Matt Wetzel inspected the home and listened to the potential buyers’ concerns before designing a custom solution that would solve both the mold problems and structural issues.

Matt’s plan and reassurance that it would make the home safe and comfortable helped Betty and Mike decide to go through with the purchase. The plan was to stabilize the foundation using SmartJack crawl space support posts, then encapsulate the crawl spaces with the CleanSpace vapor barrier system. But then we hit a few roadblocks that made everyone spring into action.

Home buying can be a nebulous process, and our customers’ move-in date was moved up on short notice. They were concerned about moving in before the foundation was stabilized, and especially worried about moving in furniture in an area that already seemed week and unsafe, so they called us and we were able to schedule an installation crew to arrive the morning of move-in. The crew got to work quickly, first installing supplementary support beams to reinforce the rotting, unreliable joists. They then used SmartJack crawl space support posts to stabilize the floor joists. The crew was able to leave before the moving trucks even arrived and allow our customers to move in without worrying about the safety of their new home.

At this point, the crawl space encapsulation was scheduled for a later date. But then the mold issue became much more urgent. Betty had always had asthma, but it was well controlled. Within the first week, she was already relying on her inhaler. Beyond that, Mike came down with severe bronchitis and made multiple hospital visits in the first few weeks of living in the home. When they left the home for the day they could smell mold on their clothes, even in their hair. This dream home was quickly becoming a nightmare, so they once again turned to us for help.

We were able to move up their crawl space encapsulation and our Field Supervisor Mike Roman took a crew out in mid-September. First, we installed a new Smart Sump crawl space sump pump to remove water from the crawl spaces. We then laid down drainage matting, which creates just enough space between CleanSpace and the dirt floor to allow water to flow to the sump pump. Once the base was in place, we installed CleanSpace throughout the crawl spaces to create a seal between the ground and the home. CleanSpace protects against water and humidity, and won’t grow or harbor mold.

Finally, we used MoldX to render the existing mold dormant and installed a SaniDry Sedona dehumidifier to keep future mold at bay. Since mold needs moisture and food (aka an organic material, like wood) in order to grow, eliminating moisture via a dehumidifier prevents it from thriving.

Moving is stressful, even when you’re moving to what seems like your perfect house. When the house has problems, it’s even worse. Luckily, our customers knew to call us and trust us, and we were able to make their home healthy, comfortable, and safe for many years to come. 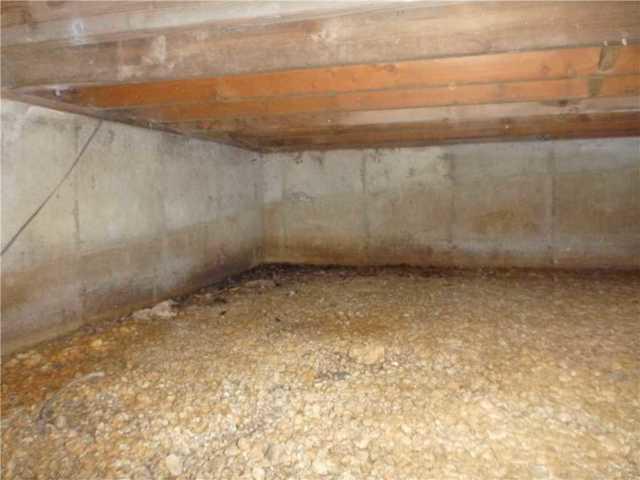 Water came in through the crawl space walls at a steady rate, causing mold and mildew to thrive. 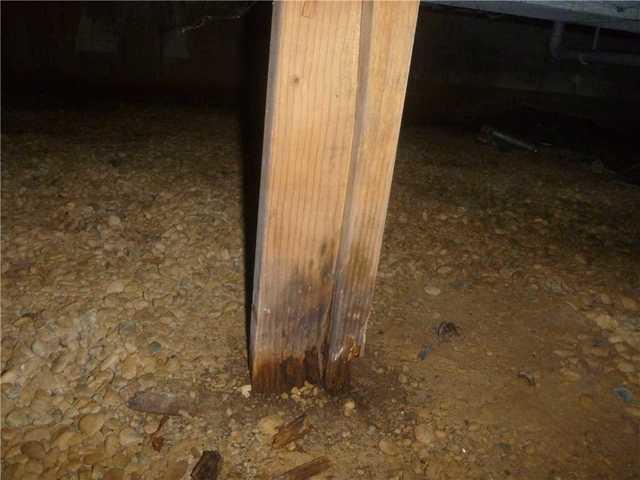 The constant influx of water and humidity were causing wooden beams and support posts to mold, splinter, and fail. 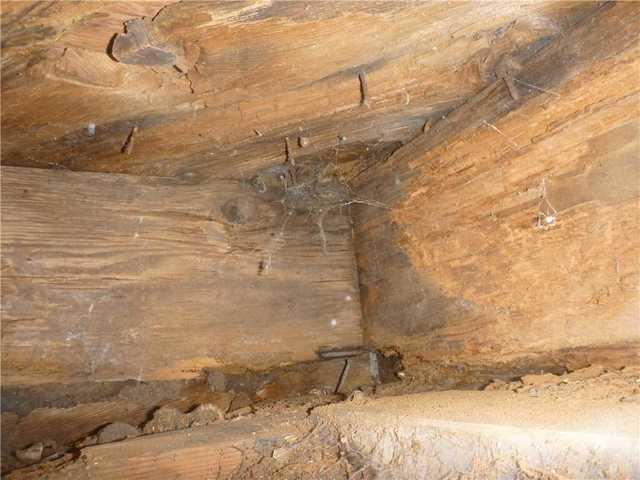 As mold grows, it causes beams to lose structural integrity. Eventually they can't support the weight of the home and floors upstairs feel spongy and unstable. 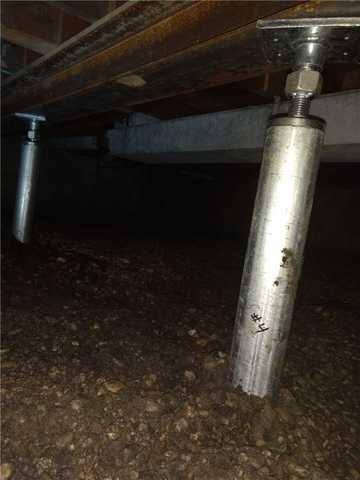 SmartJack crawl space support posts are made of steel and are resistant to water, meaning they won't fail. 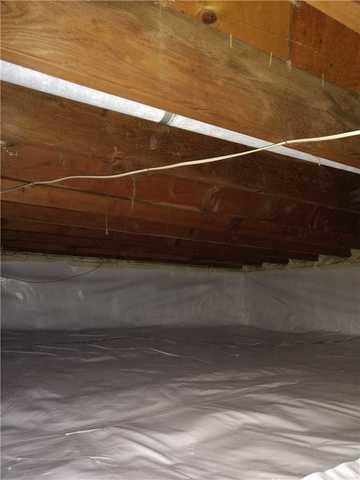 CleanSpace vapor barrier protects the crawl space - and the home above it - from moisture and mold. 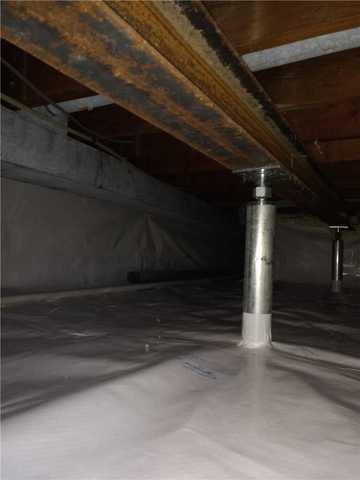 After stabilization and a full encapsulation, this crawl space is better than new and won't cause the homeowners future headaches.