Jason called from Greenbush with two crawl spaces that had one thing in common: water. One of the crawl spaces was an original part of the house, and the second came when they built an addition, but they both regularly had problems with standing water. This isn’t surprising, as Greenbush is located on Lake Huron and homes close to water are notorious for flooding due to the high water table.

In addition to regular flooding, the crawl spaces had vents, which allowed air, water, and debris inside. There was also a mold problem from the regular standing water and plethora of organic material (e.g. wooden beams) to foster mold growth. Oh, also - the two connected crawl spaces were both only 30 inches tall - so the project would be a tight fit.

The first order of business was removing debris from the crawl space, including plastic sheeting that was ineffectively covering the ground. We then sprayed Mold-X in the crawl space to render the mold dormant, and then went to work encapsulating. Drainage matting was laid down to create a small space between the CleanSpace and the ground - the dimpled surface of the drainage matting allows room for water to flow to the sump pump without getting stuck to the CleanSpace vapor barrier, which was installed on top of the drainage matting.

We also installed two UltraSump sump pumps due to the amount of water in the crawl space. The pumps will ensure all water in the crawl space is discharged quickly and efficiently. The discharge line from the sump pump was outfitted with a Lawnscape outlet, which allows us to bury the line, and IceGuard, which gives water an escape route in the event of a frozen line in the winter.

With the crawl space encapsulated and the waterproofing system in place, it was time to add the finishing touches. SilverGlo insulation panels were added to the walls; SIlverGlo panels are waterproof and inorganic, providing insulation without an opportunity for mold growth. We also installed a SaniDry dehumidifier to control ambient moisture. Finally, we replaced the crawl space access door with an airtight Everlast door, and covered the vents to prevent air and debris from entering in the future.

One wet crawl space is bad enough - two is worse. But with our CleanSpace vapor barrier encapsulation system and the UltraSumps on the job, these crawl spaces will be clean and dry for years to come. 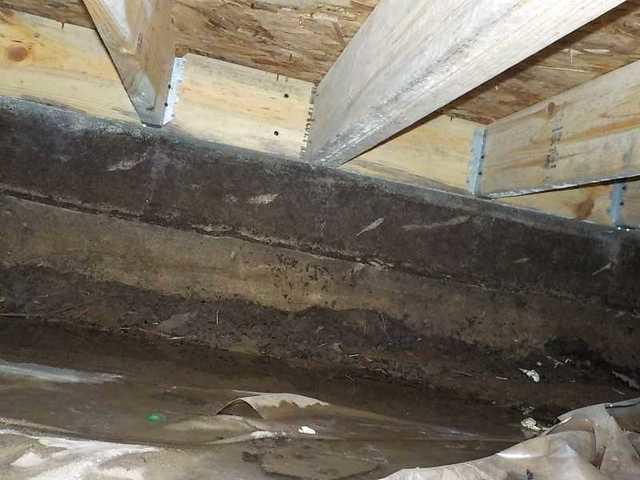 With staining on walls and visible mold on beams, it's clear that there has been a water problem down here for a while. 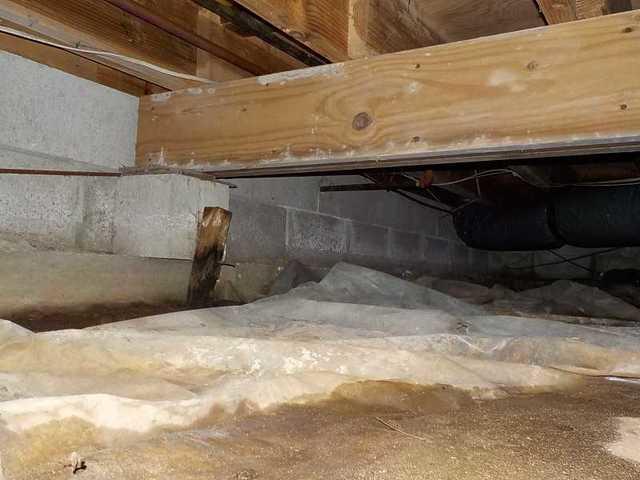 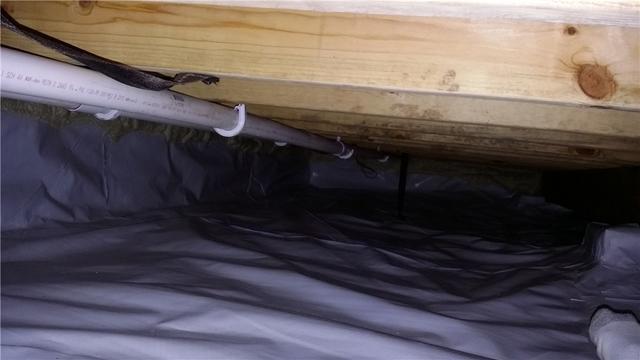 The CleanSpace vapor barrier system is affixed to the walls and floor to ensure protection against incoming water. 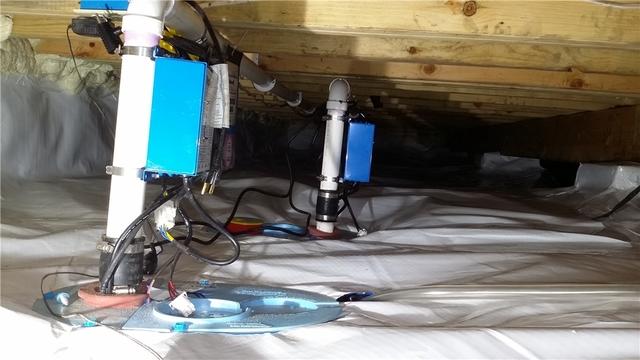 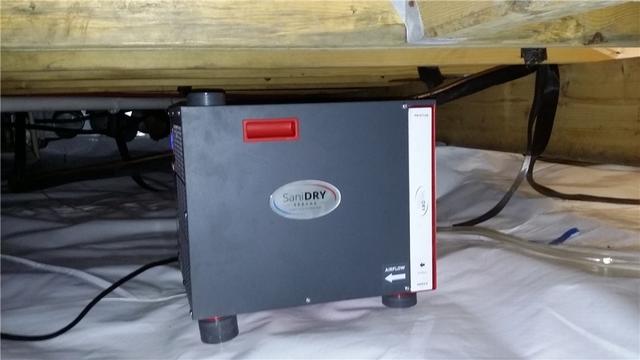 The SaniDry Sedona is our smallest dehumidifier and it packs a real punch, making it ideal for crawl spaces like this one.