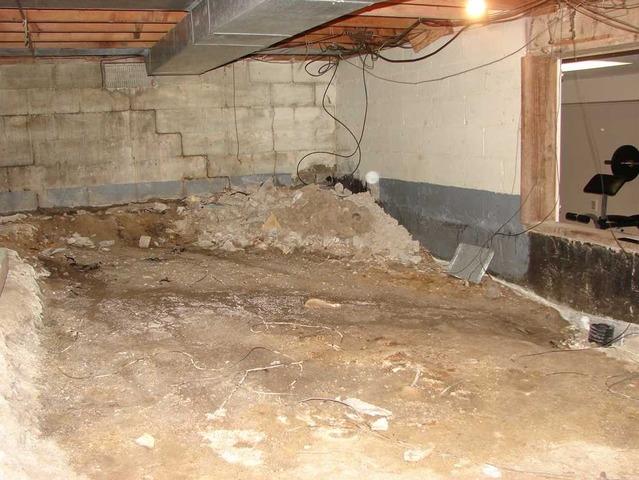 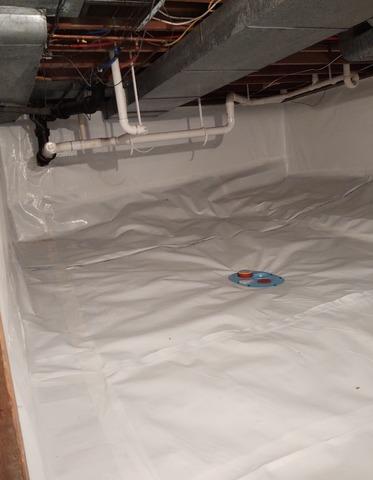 Jeff was in the middle of trying to sell his Okemos home but has serious water intrusion issues in his crawl space. His home was 70 years old but the crawl space was an addition. During rain storms, one corner of the crawl space had water pouring in and flooding the space. We installed our complete French drain perimeter system called WaterGuard which captures instrusive water and channels it to the newly installed sump pump. We applied drainage matting to the dirt floor to capture any other water that may enter the space and then applied a waterproof, antimicrobial plastic liner called CleanSpace to the floors and wall of the crawl space. Home owners also opt to add a dehumidifier to their crawl space to control all moisture.