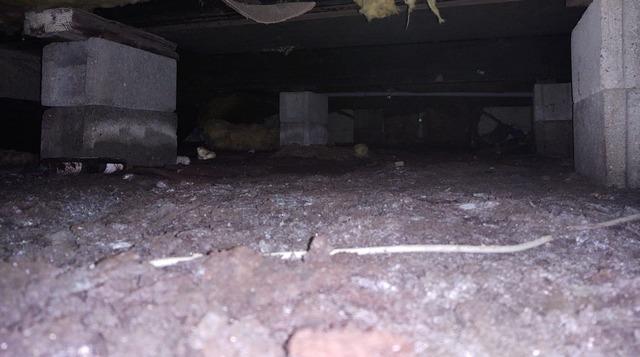 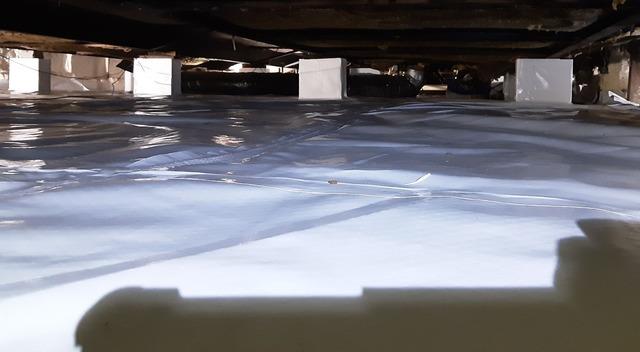 Sandy and Terry B. had a large crawl space covered in fibre glass insulation that was beyond it's usefulness and that had begun to drop from the ceiling. This crawl space had a dirt floor that was uninsulated and allowing cold air and moisture to enter the space. We removed the bad insulation and added a CleanSpace crawl space liner that acts as a water barrier. We also added a drainage mat to capture any water that may gather under the liner and then funnel it to the sump pump.