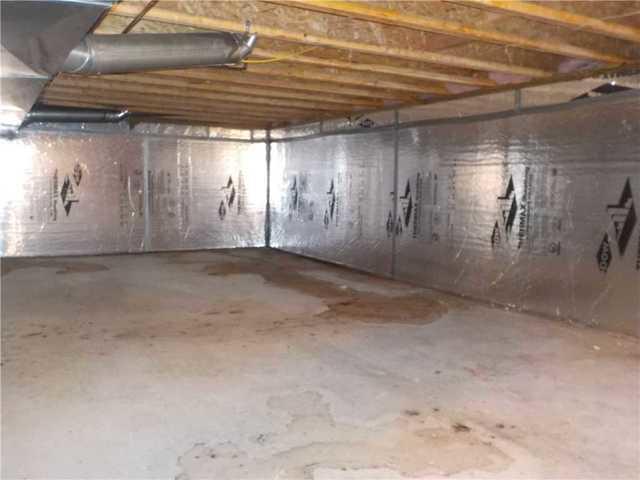 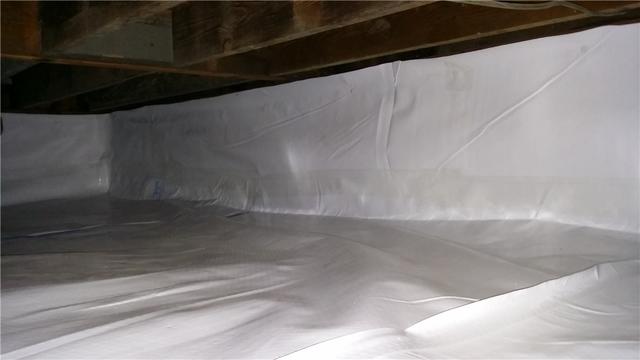 This house had just recently been put up for sale, but shortly after, the owners discovered water in their two crawl spaces. While one crawl space had block walls, the other was protected by insulation. As the water came in, it caused stains to the block walls and puddled on the floor of the other. The before photo shows where the water leaked on the floor. Both crawl spaces were solved using the CleanSpace system, shown in the after photo. CleanSpace is a vapor barrier that is impenetrable by moisture. Neither the current seller nor the future buyer will have any moisture issues to worry about in either crawl space.