Kelly was not happy or prepared when she noticed water intrusions within the home so she contacted Ayers to receive an inspection. Upon his arrival, our resident foreman Blade was able to closely inspect the home and noticed a number of issues including the concrete brick wall supporting the north side of the house was bowed in toward the interior and there are cracks in the concrete.   To fix these issues Blad recommended that he and his team install CarbonArmor and GeoLock anchors to stabilize and correct the walls while installing a window to cosmetically improve the area at the homeowner's request. 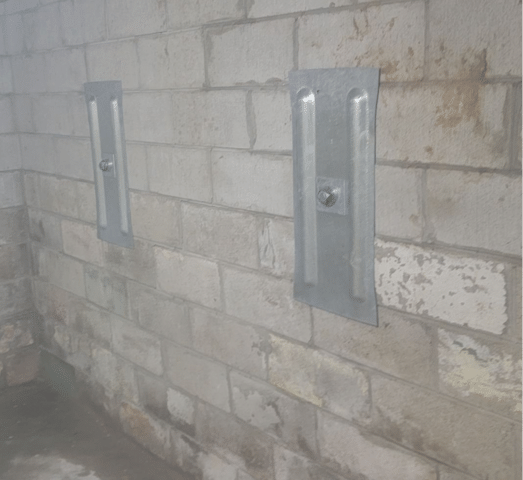 Blade noticed bowing in the north wall of the home. Bowing occurs when there's a change in pressure being applied to the wall by the foundational soil. Bowing can create gaps in the wall that allow water to enter the home, air conditioning to leave, and the structural integrity of the home to be compromised.   GeoLock Anchors fix this issue by pulling the wall back into place. GeoLock is installed by excavating the ground around the perimeter of the home. Anchors are placed along the outside of the now exposed basement walls and held in place with steel drives. On the other side of the wall, a large metal plate is aligned with the anchor and bolted together. The bolt is tighened till constant pressure is pulling the wall into place.   Geolock is considered a permeate solution, not only correcting walls but keeping them from sliding back out of place too. 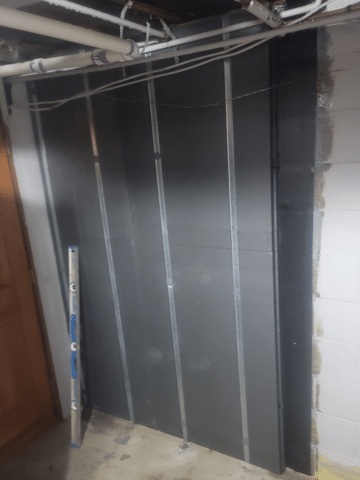 Other walls in the home had bowed not as severely as the north wall so BLade and his team decided that CarbonArmor would be best to treat the remaining areas.   CarbonArmor permanently stabilizes foundational walls. Using a fiber-reinforcement polymer, which is as strong as steel yet 10 times more flexible, the strips adhere to the wall and stiffen over time. CarbonArmor works best when the problem is caught early, and sadly does not seal away water. 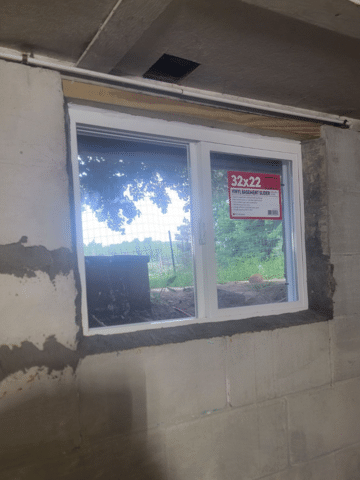 Kelly reached out to Blade for an estimate on an Egress Window in her basement after all the foundational work ad been finished. The new Egress Window was a much-needed improvement from what they had previously. Egress Windows are important to allow natural light into the basement and provide a much cleaner appearance in any basement. Ayers Egress windows are installed with an outdoor base that prevents it from flooding and allows light in while keeping A/C in.