Mike was getting ready to sell his condo in Vegas so he could move into his home in Muskegon full time. He was having problems with water intrusion though and wanted that to be resolved before he moved in. He had water coming up through his floor and where the walls meet the floor in his finished basement.  To keep his basement dry we installed the WaterGuard, a WaterGuard port, the DoubleSafe sump pump, and the IceGuard. The WaterGuard is a perimeter drain that goes under the floor to collect water that seeps in. The port goes in the middle of the floor and connects to the drain around the perimeter so that all water is collected and expelled outside the home. The DoubleSafe sump pump has 2 pumps to keep water out and in case one pump fails, the home is still protected. The IceGuard fits over the discharge line to provide a secondary escape route in the winter months so the sump pump does not back up if the pipes freeze, causing the home to flood. 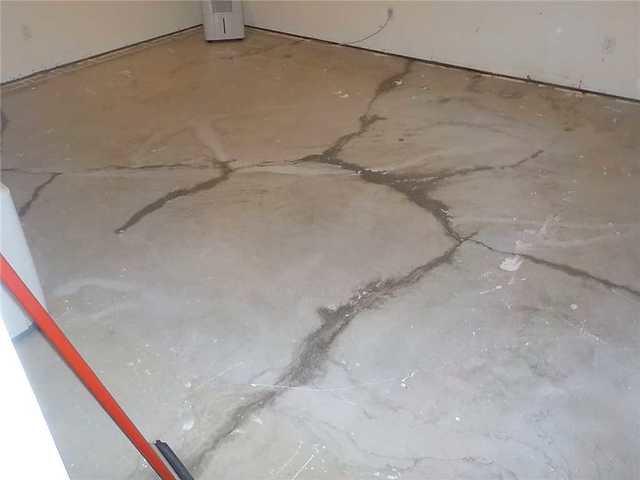 You can see in this picture all of the cracks that are in the floor of this basement room. Water was coming up through the cracks causing water to pool on the floor, hence the squeegee against the wall. The floor was removed due to the water intrusion and the homeowner wants to utilize the room again so they needed a solution. 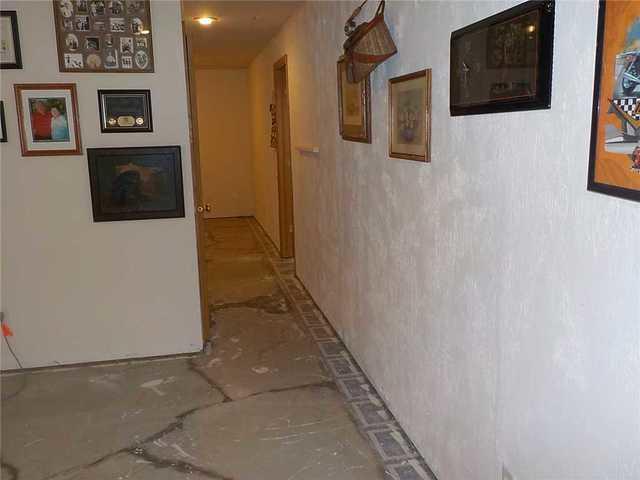 There were cracks all the way down the halls of the basement too. You can tell water was entering through them due to the dark color surrounding the cracks. 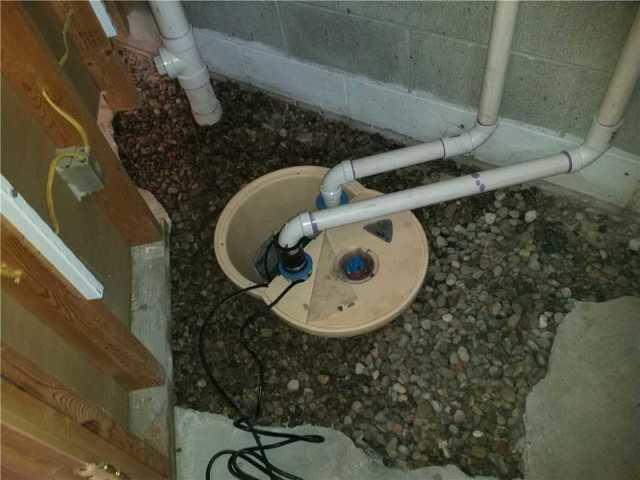 The home did not have a sump pump before the project began but has one now to help keep all the water out of the home so the basement can remain dry and be used once again! 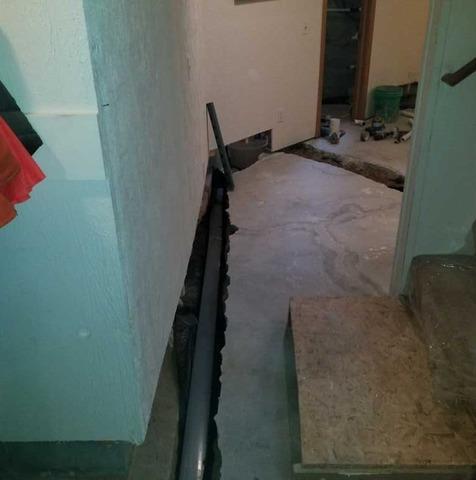 The WaterGuard is under the floor so you don't have to worry about an unsightly drain in your basement. It collects water that leaks in through the floor or walls and sends it to the sump pump to be discharged outside. Once the install in complete, all concrete is restored! 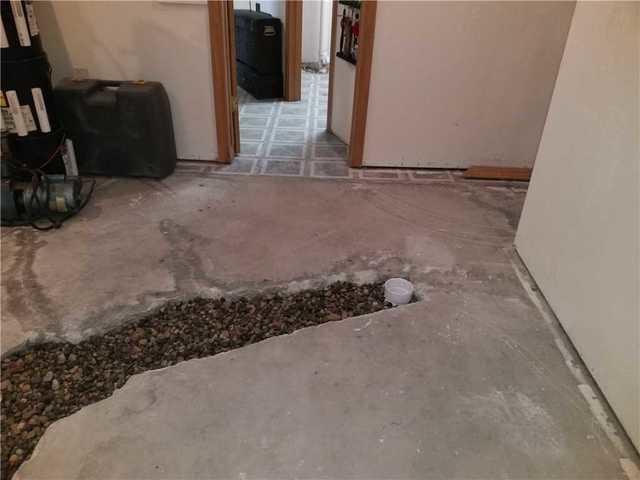 Water Collection in the Middle

This is the WaterGuard port that extends beyond the perimeter to the middle of the floor where all the cracks are. The line that connects it to the WaterGuard is under the rocks but the white part sticking up will not be covered once the concrete is restored. This is where water that starts to pool gets collected and sent to the sump pump. 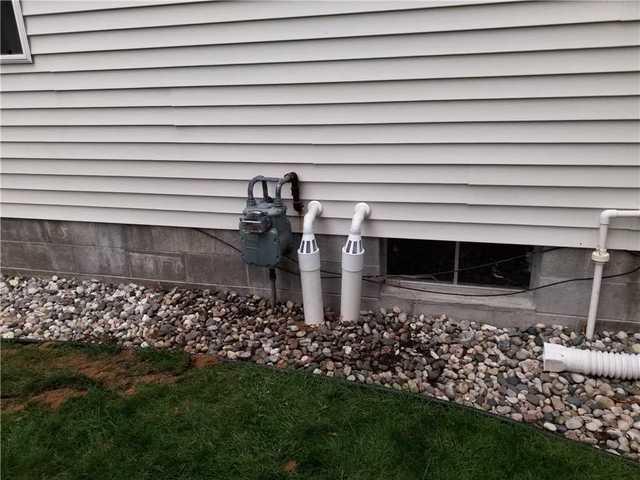 The IceGuard has the slotted openings all around it, this is where the water escapes if the discharge lines freeze in the colder months. This allows the home to remain safe and dry.