For the last fifty years Rose had water entering her basement through the floor. She was tired of worrying about it, so she called our team and we installed WaterGuard, TripleSafe, IceGuard, and SaniDry. WaterGuard is a basement drainage system that unlike many other drains, is installed inside your basement in order to avoid it being clogged. This drain will catch any leakage from higher walls or floors before it reaches your basement floor. TripleSafe is a Sump Pump system that’s main goal is to keep your basement dry. It has three pumps within the single system in order to handle the highest pumping demands. IceGuard is a sump pump discharge line system that even when frozen,  allows water to leave. Lastly, the SaniDry XP Basement Dehumidifier drains the water automatically and never needs to be emptied. Also, it is ten times more powerful than typical dehumidifiers. Therefore, after the installation of these four systems Rose will never have to worry about dealing with water intrusion again. 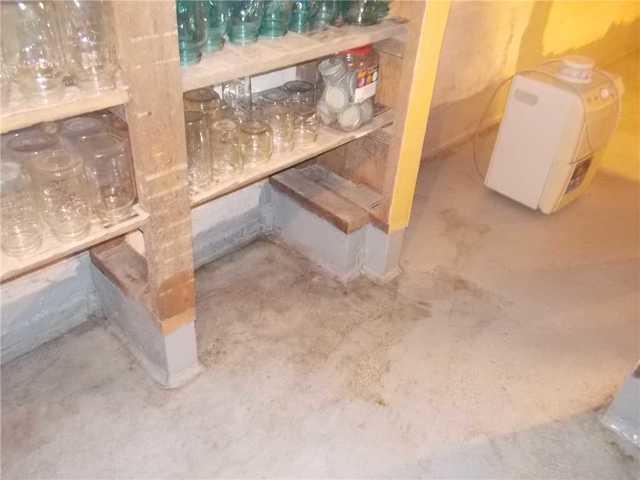 This image shows Rose's old dehumidifier in the right upper corner. It looks like a pretty standard humidifier that wasn't able to keep up with the amount of water vapor in her basement. 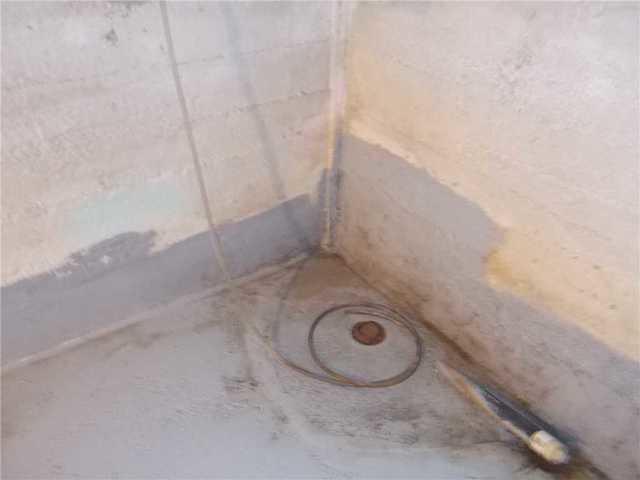 Water Damage on the Floor of the Basement

This image shows discoloration in Rose's floor that is due to water damage in her basement. 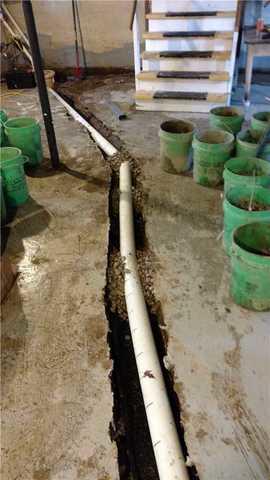 Installing WaterGuard in the Basement

This image shows part of the process of installing WaterGuard. These pipes will be carrying all the moisture outside of Rose's home to prevent it from flooding her basement. 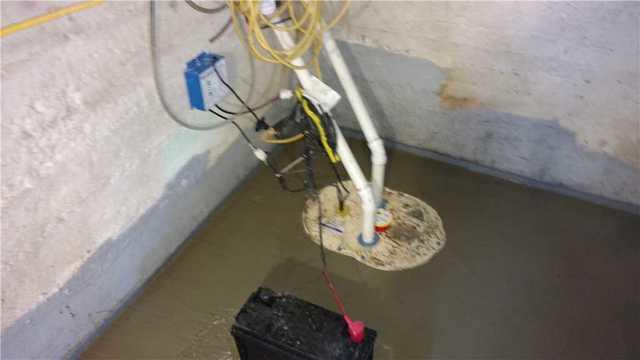 Here is an image of TripleSafe, the sump pump system that was installed in Rose's basement. It has three pumps, including one battery-powered pump so that the system will continue to work during power outages. 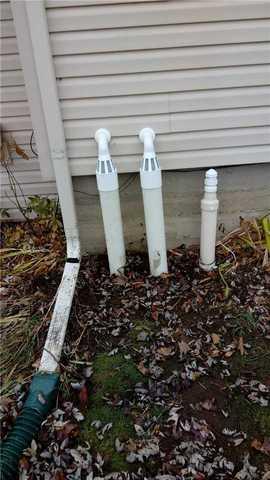 IceGuard Installed Outside the Home

Here is an image of IceGuard, the sump pump discharge line system. Installing this system will give Rose peace of mind that water will still be able to exit her basement even if the discharge line is frozen. 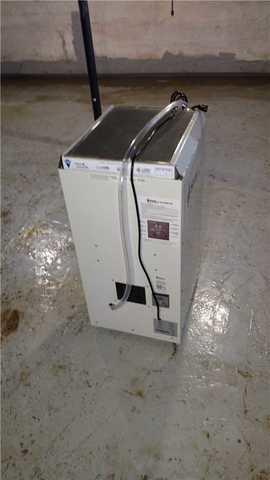 Installing SaniDry to Rid of All Water Vapor