Our customer called with what she described as "excessive dampness" in her basement. Water entered constantly where the walls and floor meet, and while there was a sump pump, the water level was always very high due to the home's placement between two rivers. There was also a small crawl space on one end of the basement that wasn't entirely dug out and only two feet high. We installed WaterGuard in the basement, with cross tile to ensure all of the water made it to the sump pump. We also installed CleanSpave vapor barrier system with drainage matting in the crawl space and covered the crawl space vent to prevent entry of water and debris. 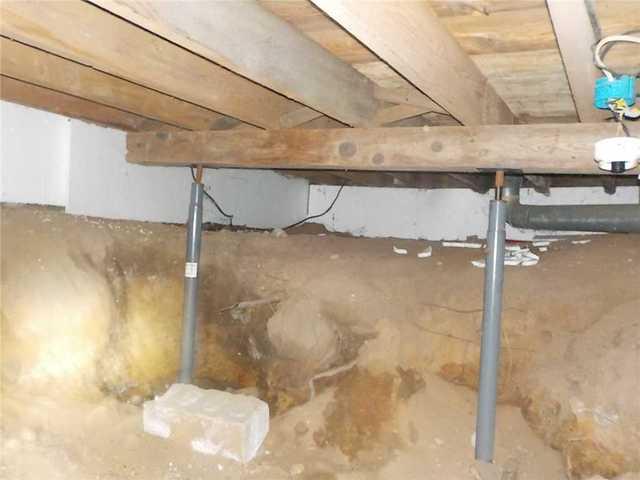 This crawl space wasn't completely dug out, so it was difficult to move around in. It's easy to see dampness on the dirt piles, making it even less pleasant to be around. 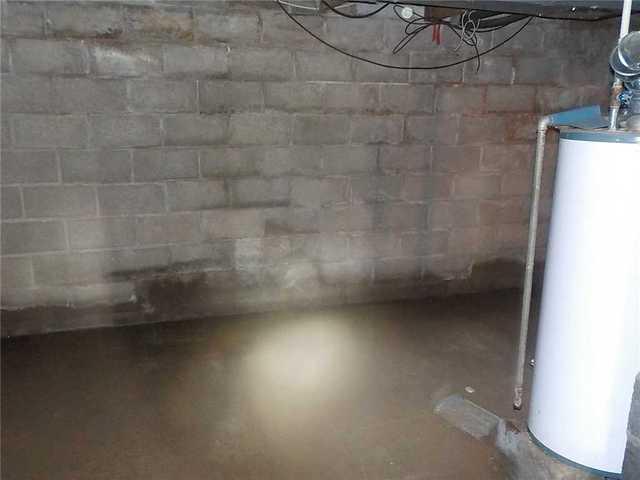 Heavy, dark staining where the walls meet the floor are a sign of the water's major entry point, but staining all the way to the top of the walls indicates a pervasive problem. The white residue is a sign of efflorescence, which occurs when water travels through concrete blocks, dissolving salts and leaving them on the surface. 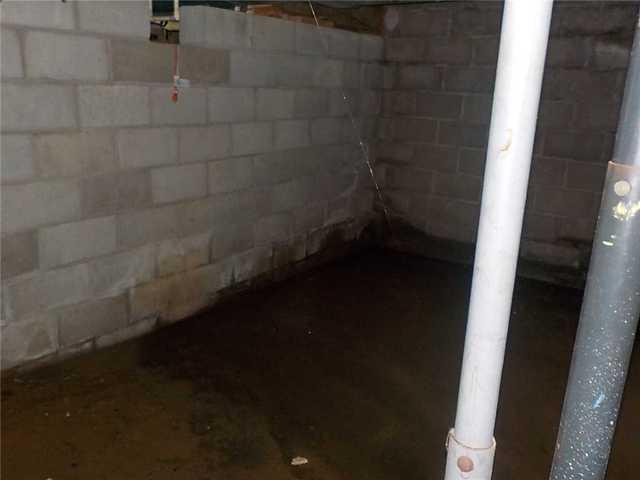 Heavy water damage in the corner of the basement makes everything murky and gross. 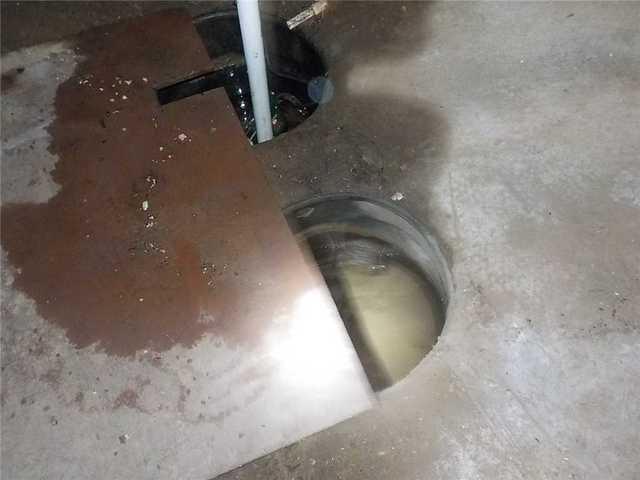 The existing sump pump was working just fine - it just had a ton of water to contend with. The basement also had multiple low points, which meant that not all of the water was making it to the pump. 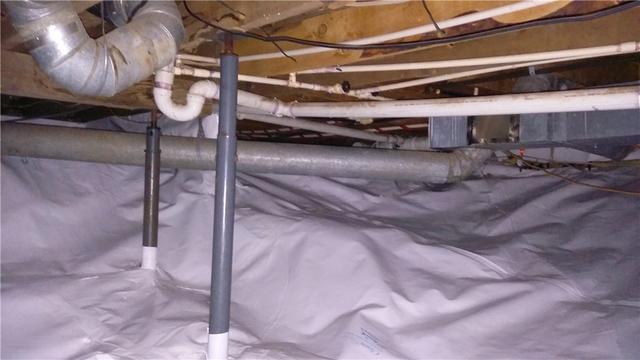 By installing CleanSpace vapor barrier over the dirt crawl space, we protect the space from ambient moisture and also make it easier to see and walk (well, crawl) on. 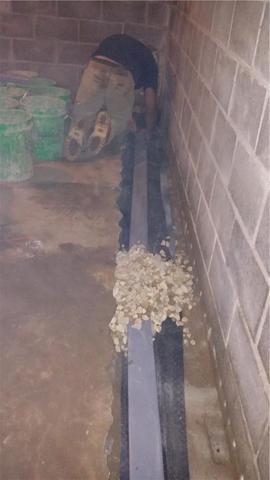 Drainage stone is poured over the WaterGuard system to help water filter in without overwhelming the system. 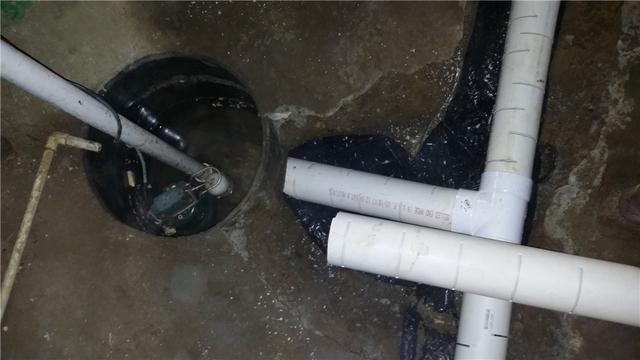 Because the basement had multiple low points - i.e. the water won't naturally flow toward the sump pump - we installed cross tile (connected to the WaterGuard) to create a sort of shortcut. 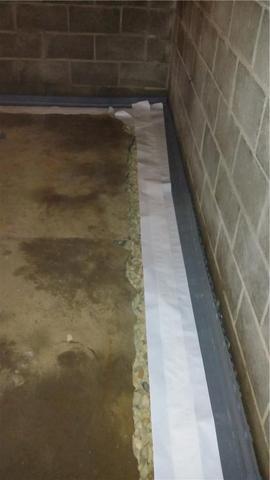 Once everything is in place, we use a special tape to secure the system before pouring new concrete. 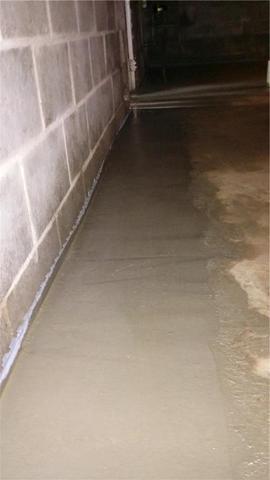 After the WaterGuard is installed, we pour new concrete to restore the floor. 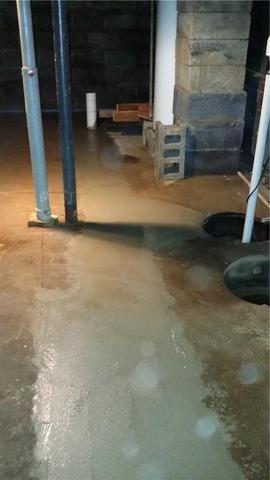 In addition to pouring new concrete around the perimeter, we also restored the floor where the cross tile was installed. 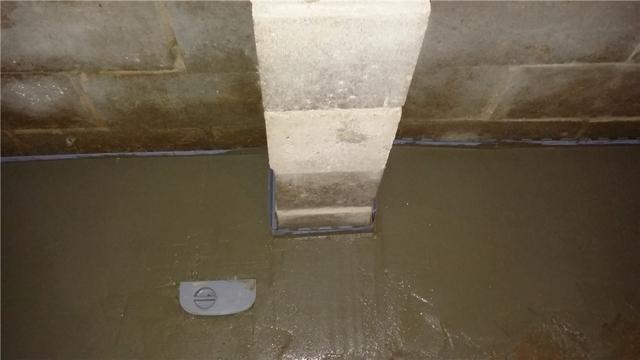 Annual maintenance visits and flushing the WaterGuard system are much easier with the installation of inspection ports.