This basement was seeing a significant amount of water seeping in at the seam where the stone walls met the floor. Our WaterGuard french drain system installed around the perimeter of the basement created a perfect solution for all that moisture. By removing concrete around the perimeter walls and setting the drain along the home's footing, water could be effectively collected as it entered the home and be safely directed to the sump pump for removal from the home. The concrete was replaced over the drain and the system now permanently protects the home while being almost completely invisible and unnoticed. 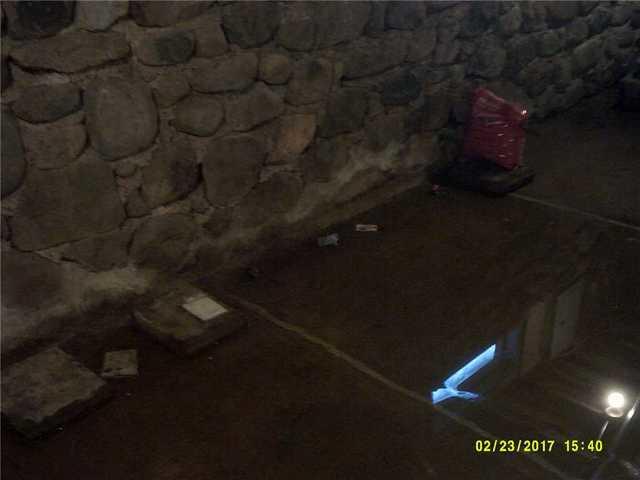 Water Finding Its Way In At The Seams

A large amount of water was consistently entering this basement at the seam where the floor and walls meet. A french drain system along the exterior walls can effectively stop the puddling of the water in the basement by safely diverting it to a sump pump for removal from the basement. 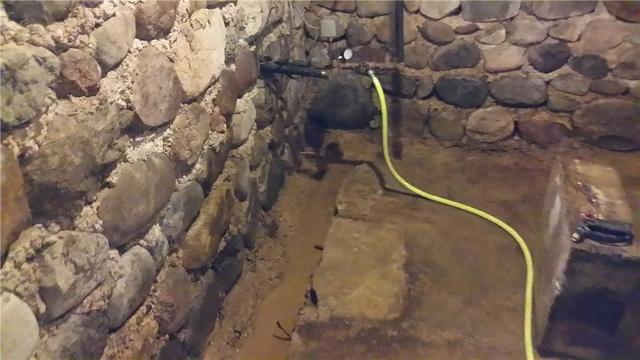 To begin the WaterGuard installation, concrete is removed around the exterior walls to expose the home's footing. 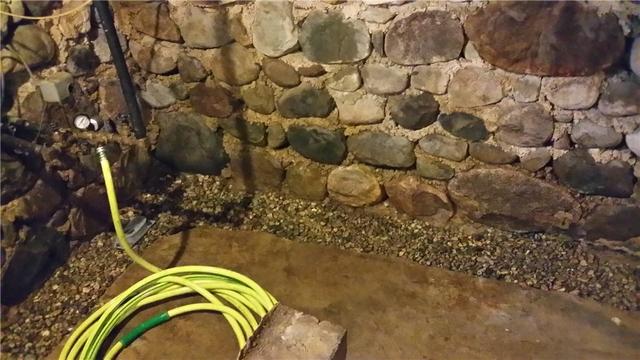 Trench Leveled Off With Stone

Once the WaterGuard system is in place, the trench is then leveled off with stone before concrete can be replaced. 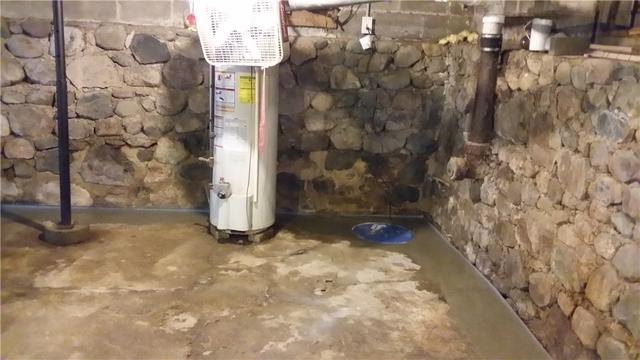 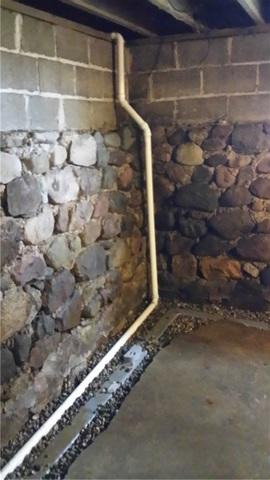 The discharge line for the sump pump in this case had to be run from the low spot of the basement to another corner. The pvc will be buried with the drain under the new concrete. The vertical portion of the pvc discharge remains as low-profile as possible along the wall as well so that it takes up minimal usable space in the basement. 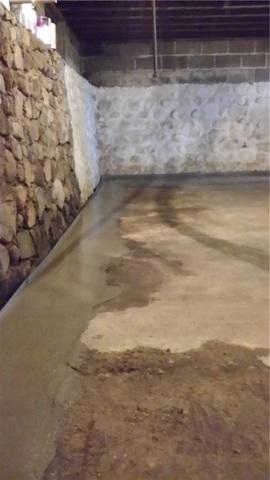 The system creates a small gap along the wall where water can flow in both from wall cracks or from the base of the walls. Moisture from either source is effectively prevented from puddling anywhere in the basement. 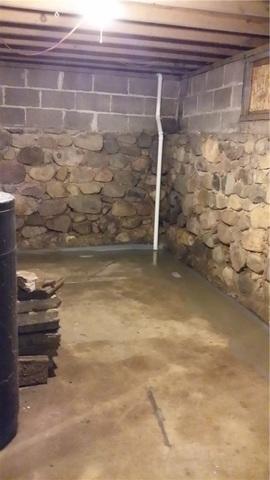 Once concrete is spread smoothly over top of the WaterGuard drain system, the floor is again seamless and the system goes virtually unseen in the space and doesn't cut into your usable space. 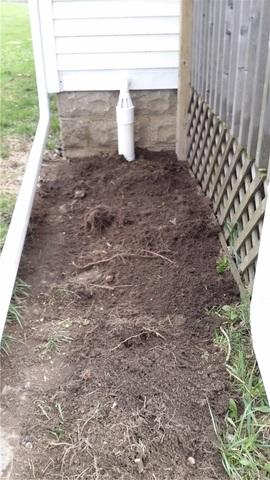 When cold weather hits, the buried discharge line has the potential to freeze in the right circumstances. The IceGuard fixture along the side of the house creates a safe escape for water in the event that the line is frozen to prevent water from backing up into the home. 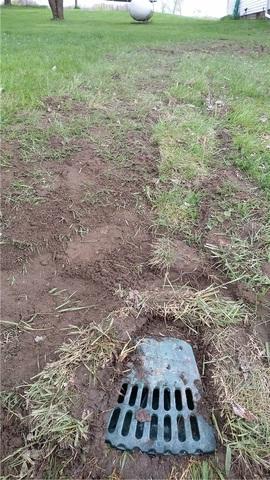 The LawnSpape outlet at the end of the discharge line blends into your lawn and requires almost little to no pitch. It's also a breeze to mow around.