Tara's 1980s basement was finished, so when she started getting puddles of water in the carpet, it was tough to tell exactly where the water was coming from. Some cracks were able to be seen from the outside, and the homeowner had some foundation issues, some of which had been addressed previously. That was a good indication of what may have been causing the water seepage. To address the issue, some of the finished walls would have to be removed and replaced afterward. We wanted to waterproof the basement in a minimally evasive way and restore the basement afterward in a manner that was seamless and attractive.

In this case, the water issues, whether it was coming from wall cracks or the cove joint, could be addressed with a WaterGuard french drain system. The WaterGuard drain is set right along the home's footing by removing concrete around the outside walls. Removal of the bottom of the finished walls was required for the excavation. Once the drain is in place, drainage stone fills the rest of the excavated area and concrete is replaced over top. A small gap is created along the base of the walls to direct water into the drain. The WaterGuard system ties into a sump pump system to safely remove water from the home. The homeowner did not want to address any lingering foundation issues at this time so the next step was closing up the walls. We restored the walls using our Everlast wall panels. These come in full or half sheets so that we can repair both areas where we removed the wall from floor to ceiling, as well as areas where we just removed the bottom half. Trim gives it a great finished look and because the panels are a cement board product, its safe in areas where moisture may be present. They are resistant to mold growth. The water issues are now solved, the walls are restored, and the homeowner can now be confident that her possessions and building materials are much safer. 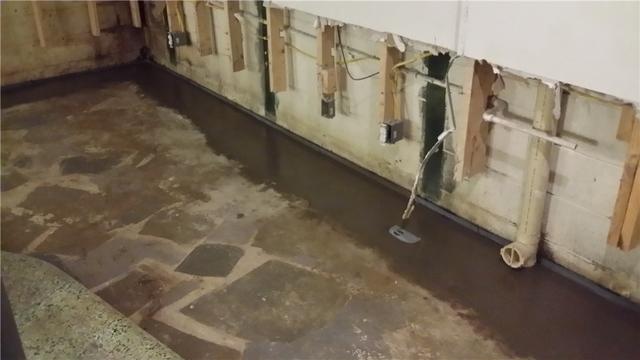 The base of the walls is removed and the WaterGuard system is installed along the perimeter walls. 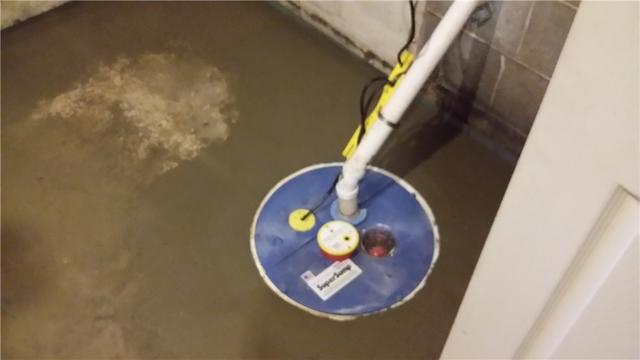 A SuperSump system removes the moisture captured by the WaterGuard system from the home. 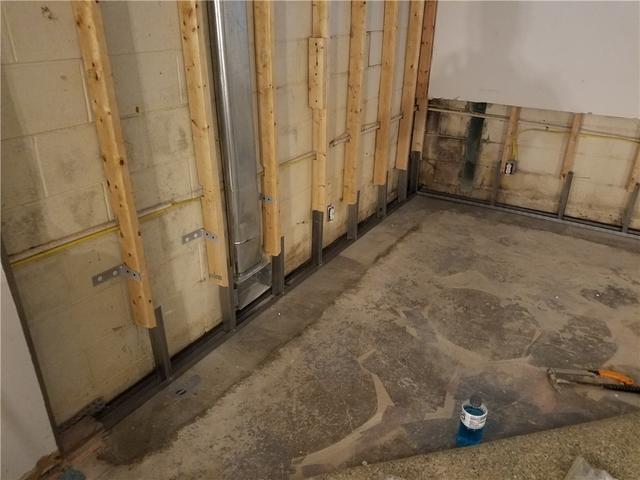 The framing that was cut out is replaced by metal building materials that won't rot or grow mold if they get wet. 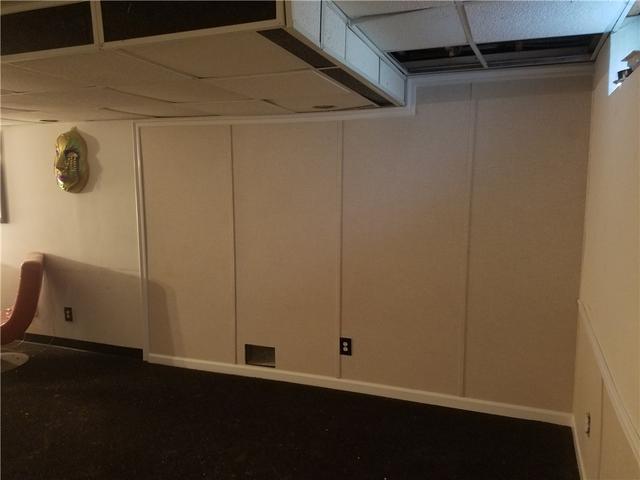