Homeowners in Holt, MI were sick of avoiding and worrying about their basement. The area was wet and dingy, and they wanted a place to store their belongings without the fear of water damage. With the assessment from our system design specialist and project managers, we concluded that with a few of our systems and products their basement would be as good as new.

To combat any current puddling and stop water from collecting in the future, a WaterGuard system was installed around the perimeter of the basement floor. The process began by removing the concrete and installing the pipes around the area of the basement. Upon completion concrete was poured back on top of the system to keep it hidden and discrete. WaterGuard works to direct the flow of water

To pump out the water from the basement, a Triplesafe sump pump was recommended for the job. This pump, the most reliable sump pump we offer, has two additional pumps as well as the original in case anything ever goes wrong. As these homeowners wanted to keep their possessions extra safe, this was the sump pump that would fit their basement needs. One back up pump is in case of a power failure and the other is for a time of major water flooding that could overwhelm one of the other pumps. With three pumps, this basement won't be seeing water anytime soon.

Now that water is getting pumped out of the home, an IceGuard system is necessary to keep the entire process running smoothly. IceGuard acts as a type of shield installled over the discharge line outside of the home to prevent the line from freezing over and clogging during the winter months. With potential frozen pipes during the cold season, water could clog and freeze thus flooding back into the house; IceGuard prevents this from happening.

The final touch on this project was the addition of Everlast Half Sheet Panels. To cover the stains and discoloration left on the walls from past water damage, the bottom half of the walls were replaced with these panels. A quick and easy solution to keep the basement bright and attractive, these panels are waterproof, inorganic, and stop any potential water vapor. These homeowners chose a crisp white trim and it gave the basement the clean and comfortable look they were going for. 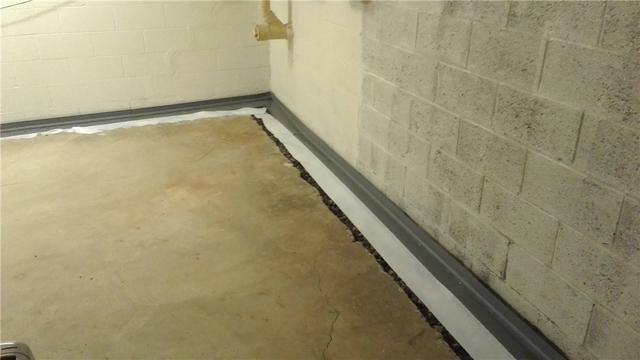 During the process of WaterGuard installation, pipes placed around the perimeter of the basement. 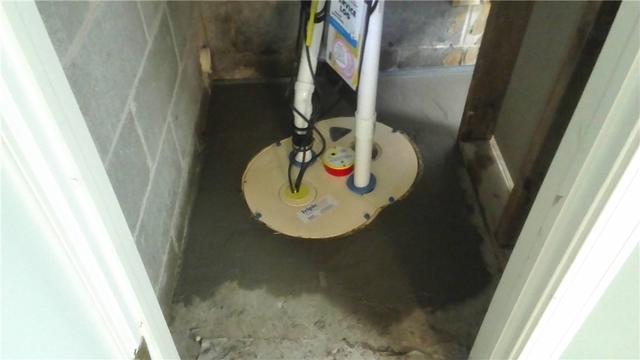 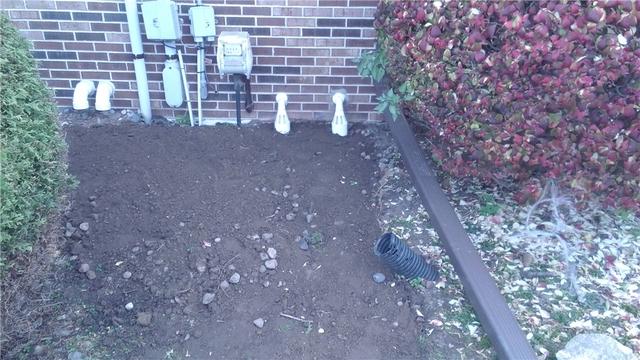 View of IceGuard system from outside (two white outlets on the right side). 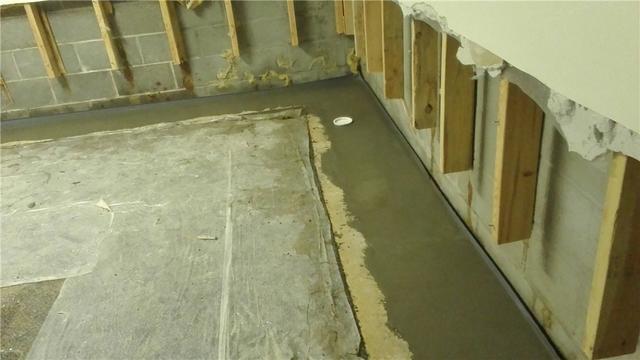 Walls prior to the installation of Everlast panels. 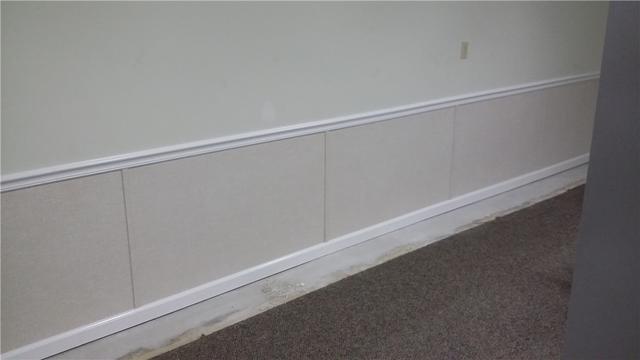 Everlast panels installed as a quick solution to brighten the basement walls.