Basement Waterproofing Case Studies: Kalamazoo Basement Gets Dried Out and Spruced Up with Brightwall

Sometimes when a customer contacts us, they have a long checklist of things they want to repair or improve in their basement, and sometimes it’s as simple as “I have water in my basement and would like an estimate.”

This time was the latter, and when we went out to Stu’s house, he did in fact have water in his basement. The basement was also...dismal. The floor and walls were stained from the constant influx of water, and on top of that the walls were black. It’s hard enough to do laundry in the first place, let alone when you have to descend into a damp, black room to do it.

Like many people, Stu figured his basement just “is what it is” and there wasn’t much he could do outside of a total finishing project that would be tens of thousands of dollars and weeks of work. But we’re not just in the business of keeping basements dry, we also want to make them comfortable, so we had many solutions to get the basement dry, keep it dry, and also make it a more pleasant space.

The first order of business was getting the water under control. The basement didn’t even have a sump pump, which means that when water came in, it had literally nowhere to go other than just eventually soaking through the floor. We installed a SuperSump pump to remedy that, so water can quickly get pumped through a discharge line and be released far away from the house.

But if you’ve read through the project stories on this site, you know that even a sump pump isn’t always enough. Basements are big, and not always level, and if there’s nothing in place to proactively direct the water to the sump pump, there’s no guarantee it’ll actually get there. And then we’re back at square one.

To take care of this, we installed a full perimeter of WaterGuard below-floor drain system. In order to ensure it catches the water, the WaterGuard is installed below the floor level but still on top of the footing, which both channels water but prevents a muddy mess. Once it’s installed, we pour new concrete to replace what we had to drill away and restore the floor. The WaterGuard is directly tied into the SuperSump, as well, so the water is guaranteed to make it over.

At this point, the basement will remain dry, but that doesn’t do anything for the dismal appearance. Luckily for Stu, there are steps between “scary dungeon” and “multimillion dollar finished basement palace” that spruce up the place without fear of future water damage or bankruptcy. In this basement, we installed Brightwall panels on all of the walls. Brightwall is - like it sounds - a bright white wall panel that can be affixed to the existing walls. It’s waterproof and inorganic, which means it’s not going to get damaged by water and isn’t hospitable to mold, and the panels can also tie into the WaterGuard system so everything works as one big cohesive system. The panels give the basement a clean, pleasant look that will make it (slightly) more tolerable to do laundry.

Stu, like many people, just wanted a dry basement, and likely also didn’t realize that he could have a dry, appealing basement. But that’s where we come in.

If you want a waterlogged dungeon aesthetic, that's totally fine. But you don't have to live like this. 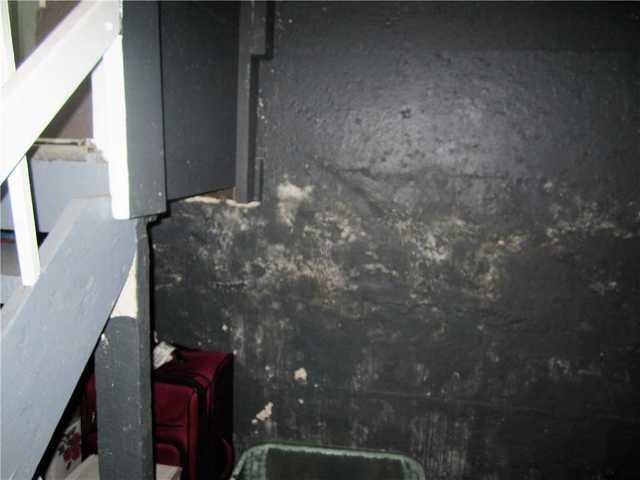 When water constantly flows through walls and floors, it takes finishes (paint, wallpaper) with it, and even erodes concrete. 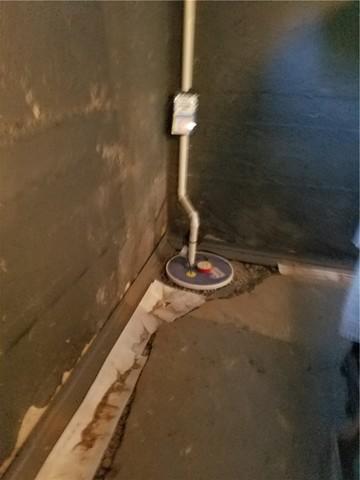 Here you can see what lies beneath the WaterGuard installation and the process of tying it into the SuperSump pump. 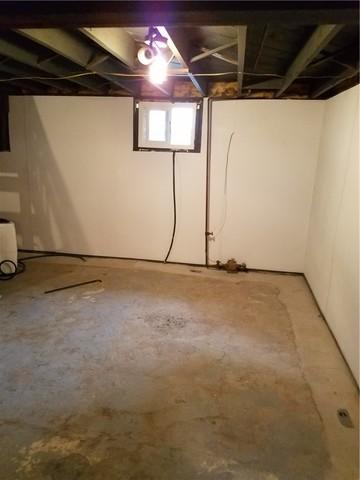 WaterGuard complete with new concrete and the first group of Brightwall panels installed have already improved this basement. 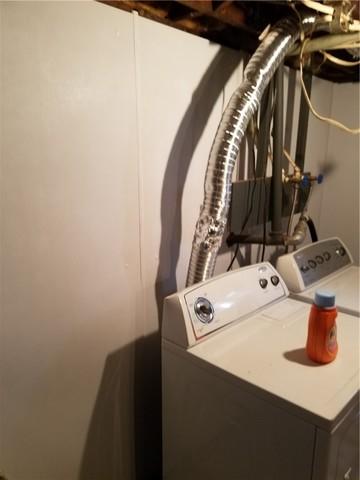 We apologize for taking away your excuse to not do laundry.