Drew and Amber called us with a basement that they thought was waterproofed. They had had another company install a perimeter waterproofing system, and they thought their days of worrying every time it rained, and of strategically storing everything in certain spots and only in plastic bins, were over.

Their waterproofed basement had a few inches of water on the floor again, dashing their plans to finish the basement in the next few years. At least, that’s what they thought before they called Ayers.

First, the old perimeter system had to go. It wasn’t installed properly, and our WaterGuard below floor drain system is a better product. We removed the old system and installed WaterGuard in place around the entire perimeter of the basement. We also installed cross tile connecting two sides of the system to prevent any logjamming due to low points in the basement - cross tile can be used to create a sort of water superhighway to ensure that everything is making it to the sump pump as quickly as possible rather than sitting on the floor or in the track.

We suggested adding a TripleSafe Sump Pump since the other company had not included a sump into their system. The TripleSafe has three pumps and battery backup meaning it will not fail and leave you back underwater.

Another troublesome area that had been overlooked were the egress windows, which were leaking pretty steadily. We installed Well Duct drains in the window wells to direct any water right to the WaterGuard. A few more fail safes included an extended discharge line to make sure the water was being released far enough away from the house that it wouldn’t just flow back in, and IceGuard caps on the discharge lines to ensure that, in the event of freezing, the water wouldn’t back up into the house.

Though they had to go through the process twice, Drew and Amber can be sure that this time, the basement will be dry all the time, and can turn their thoughts toward finishing the area and adding comfortable living space to their home. 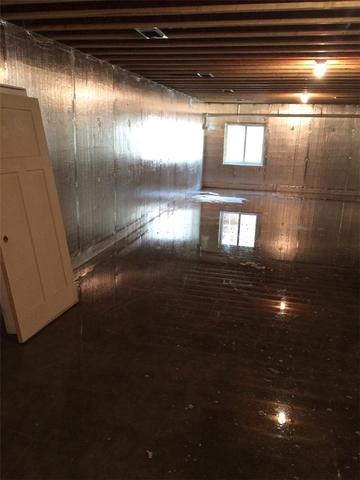 You wouldn't know it from looking at this floor covered in water, but this basement had a waterproofing system installed. By someone else. 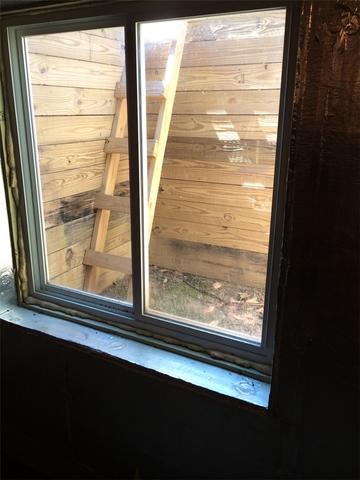 Leaking windows were one of the culprits of the water influx. 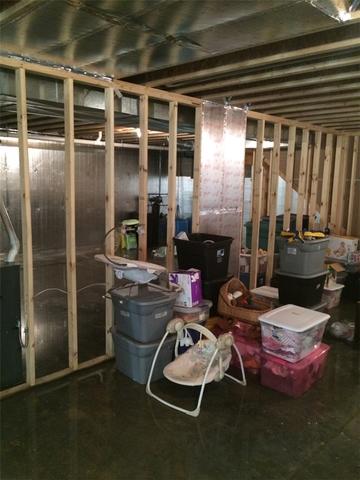 The beginnings of framing out walls to finish the basement. Plans had to be put on hold and storage had to get creative because of the flooding.

Photo Gallery: Charlotte, MI - Getting a Flooded Basement Ready...
Back to Previous Page
Back to Case Studies