A house on the water in Traverse City. It’s the dream, right? Views of the lake from every window, a private boat launch, a basement full of water -- ok, maybe not that last one. But that’s what Stephanie was dealing with in her beautiful home. Water in a basement is bad enough, but when the basement is finished, it steps up from inconvenient to harmful. Not wanting to lose living space or her possessions, she called us.

One of our system design specialists, Jeff, determined that the water was largely coming in through the floor and the cove (the joint where the walls and floor meet), which is straightforward. However, the basement was very large, it had a heat system running below the concrete, and part of it was a monolithic foundation. All of these were complications we had to adjust our plan to accommodate.

We began by installing a full perimeter of WaterGuard below-floor drainage system. The area under the stairs had a monolithic foundation, which means that instead of a floor and then a footer, it’s just one thick layer of concrete, so in that area we connected the WaterGuard to a DryTrak system; DryTrak is made specifically to be installed on monolithic foundations while providing the same protection as WaterGuard. The floor heating system mean that we had to be very careful when removing the concrete to install the drainage system.

The size of the basement and severity of the water problem meant that we needed to do two things. First, we needed to install two TripleSafe sump pumps to handle the water. Even the high capacity of the TripleSafe’s three pumps isn’t always enough to handle high water volume over a large area. Second, we ran feed line across sections of the basement to connect the middle of the rooms into the perimeter system. Installing feed line is essentially creating shortcuts to get the water to the sump pumps faster, and is often done in very large basements, or basements with multiple low points where water might not move as quickly as we’d like.

Two TripleSafes spanning a large basement means a lot of discharge lines, but Stephanie and her husband wanted to keep their finished basement as clean as possible, so we actually ran the discharge lines from one pump right through the trench we dug for the WaterGuard system, across the basement to the other pump, and then brought all four lines out to exit the home together.

Between the size of the basement, the severity of the water problems, and obstacles like the in-floor heating requiring extra finesse, this project required multiple long days to execute. We heard from the crew and customer multiple times how well it was going, even receiving photos of our awesome customers making the crew lunch one day. We love a challenge, and eliminating this basement’s water problems so Stephanie could go back to using it as she intended was a rewarding project for our crew. 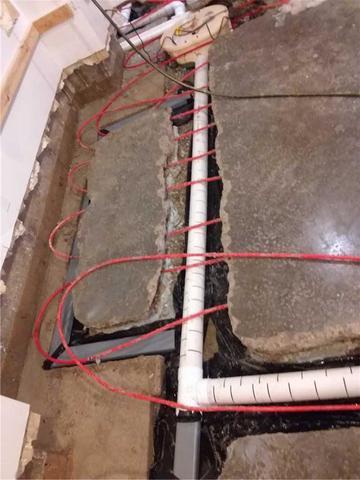 WaterGuard and Feed Line are tied into one of the two TripleSafe sump pumps in the basement. The red cords visible control the floor heating; we had to remove concrete without disrupting them, and install the system below them. 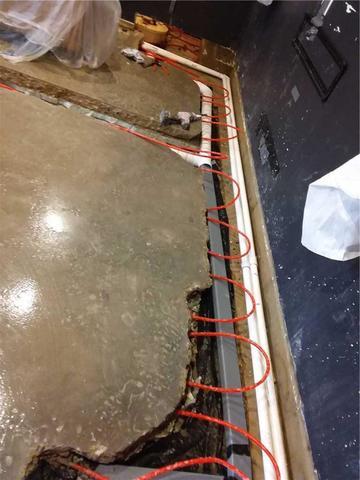 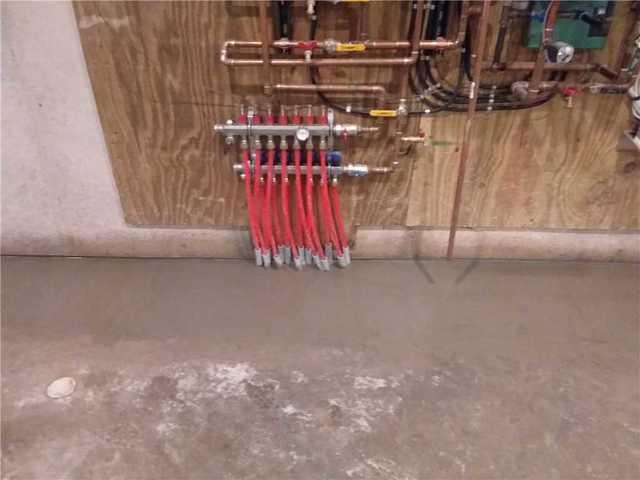 Once new concrete is poured to restore the parts we removed, it's difficult to tell how extensive the project was. As the concrete dries down, it'll blend more with the existing floor. 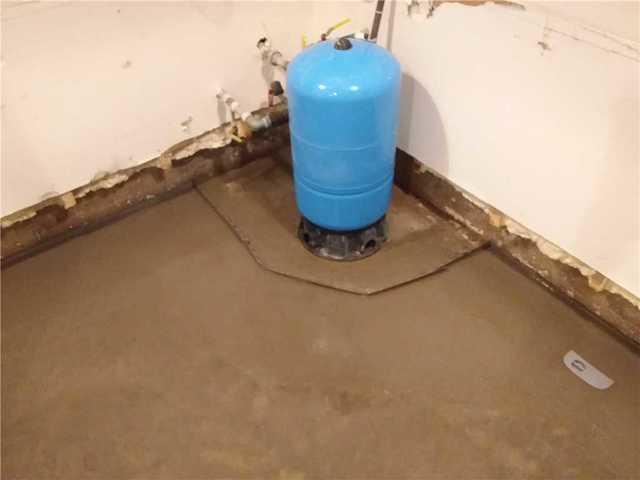 WaterGuard can be installed around existing fixtures to ensure protection without disruption. In the lower right corner of the photo is a WaterGuard inspection port, which allows us easy access to the system for annual maintenance check-ups.