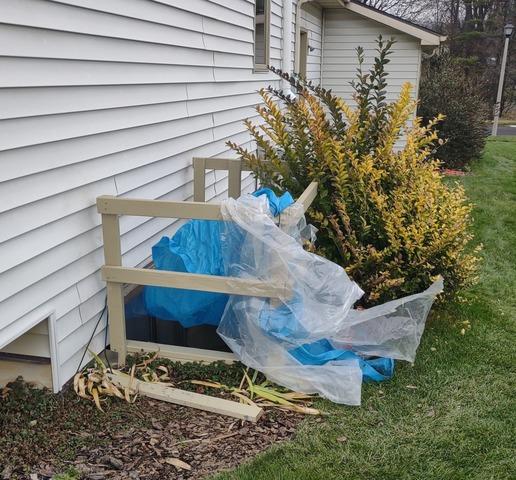 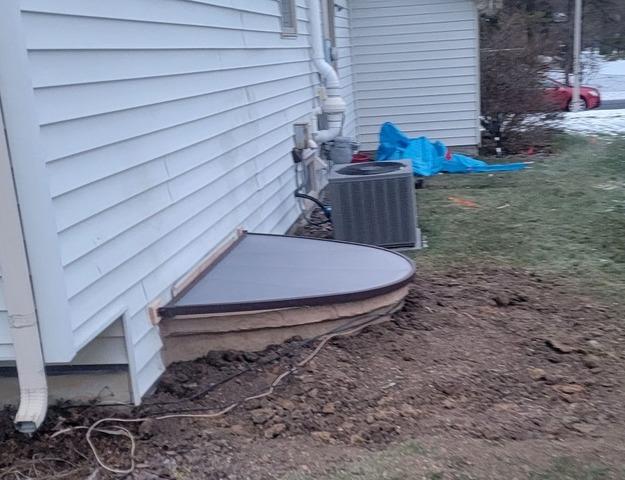 Richard had an egress window installed into his basement. While it was great for safety and the natural light that would come in, it began causing water problems. Whenever it rained, the well of the window would fill up with water, bringing worry to Richard that it may start leaking into the basement. After using a temporary solution to cover up the window, he decided to call Ayers to see what could be done. A specialist at Ayers came out to inspect the window and determined that an egress window cover and lid would be perfect for the job. Installing the window cover required the crew at Ayers to dig down and around the old window to allow access to install the cover. Once the window cover was installed and buried, and the top was fasted and secured, no more water could get into the window well. Richard was happy to have found a permanent solution for his widow while eliminating the eyesore it once was!