Kris's crawl space had water coming into it when it rained.  She found lots of water in the crawl when she first moved in 4 years ago--thinking it was a pipe issue, she replaced all of the pipes. not finding issues until this summer, she contacted Ayers to find help.   Our resident foreman Randy was able to inspect the home and listen to the homeowner and all her concerns. After his inspection, he was able to diagnose the home's issue and draft a plan of treatments to help.   Randy decided the home was in need of a better pump system so he fitted the home with a new TripleSafe pump. He also fitted the pump with an IceGuard mod to help it run year-round, and a CleanSpace lining to protect the vulnerable material. 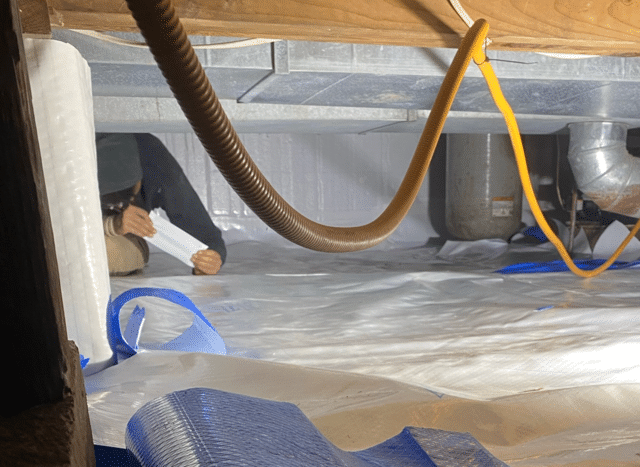 To better protect the home, Randy and his team installed a protective lining Known as CleanSpace.   CleanSpace is an antimicrobial lining that is placed on every flat surface of a home's crawl space. CleanSpace provides a protective barrier between the home's vulnerable material and any possible moisture inside the home.   Moisture in the home is a danger because it can invite microorganisms that consume organic material like wood (wood found in the support works of a home). If too much wood is degraded then the home's support is compromised and a major risk factor. 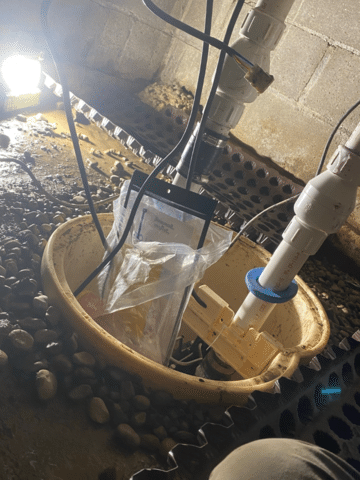 Randy noticed that the home's initial pump was not powerful enough to manage the home's water yield. To fix the problem Randy fitted the home's drainage system with a TripleSafe pump.    TIpleSafe is a trusted sump pump at Ayers due to its three levels of security. The first level is a powerful motor that has a high water capacity. The second level of security is a reserve motor that activates if the water surpasses a certain level on the initial motor. The third level of security is a backup battery that only activates if the home losses power. 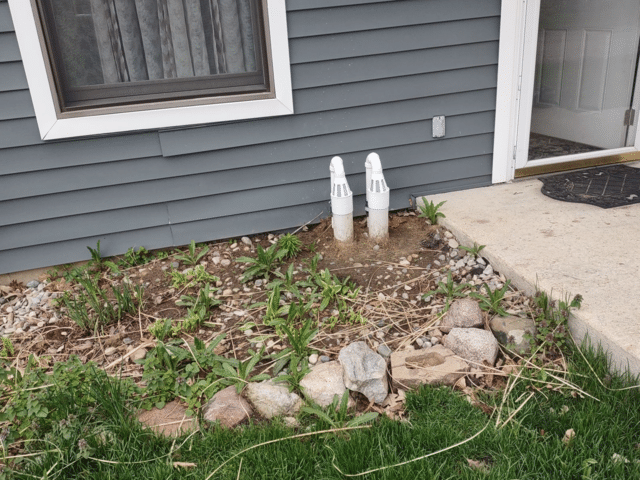 Kris's issue didn't arise till after she replaced her pipes and during the summer which means that the damage must of happened either during the Winter or Spring. Knowing how Michigan weather can bring the least anticipated temperatures, Randy fitted the home's drainage system with a new IceGuard modification.   IceGuard is a modification that attaches to the pipes of the home's sump pump. Without the mod ice can build up when the pump pushes water through the system, risking buildups and ruptures. IceGuard is a simple attachment that requires no energy to function year-round.