Melinda had regular flooding in her basement even though her home was equipped with a working pump. Looking for a solution, she contacted Ayers to come to fix the issue. After listening to her concerns, our foreman Evan was able to inspect the area and draft a solution that would solve the underlying issues.   The home's foundational soil was unfirm which allowed more water to penetrate the structure. The home's draining system was also too weak to handle the unavoidable water yield based on the home's location.   To restabilize the home, Evan and his team installed Helical Piers and fitted the home with a new sump pump and a drawing system. 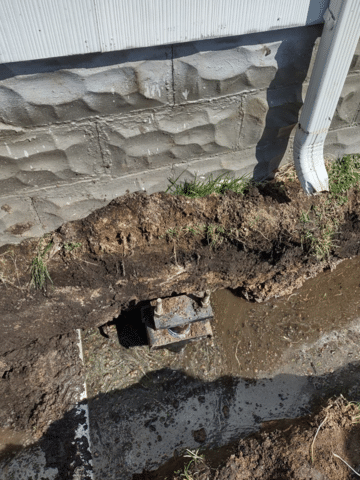 To correct the home's foundation, Evan's team installed a set of Helical Piers. The ground beneath the home's foundation has become unfirm so to introduce more stability Ayers uses these piers to correct the issue.   The piers are installed by taking long screw-shaped metal beams, and driving them at an angle deep into the ground, past the weak soil, and into firm dirt. The tops of the beams are capped with concrete blocks that the house rests apon. 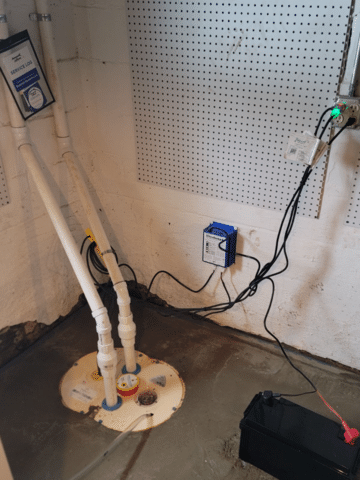 The home's sump pump was ill-equipped to handle the amount of water that the home needs to be controlled. The home was fitted with a new pump trusted by Ayers known as TripleSafe.    TripleSafe has three levels of precautions to ensure the pump works correctly. The first level is a powerful motor that has a larger capacity than most of its competitors. the second level is another motor that activates if the water overcomes the first motor. The third level of protection is a battery that activates should the home lose power. 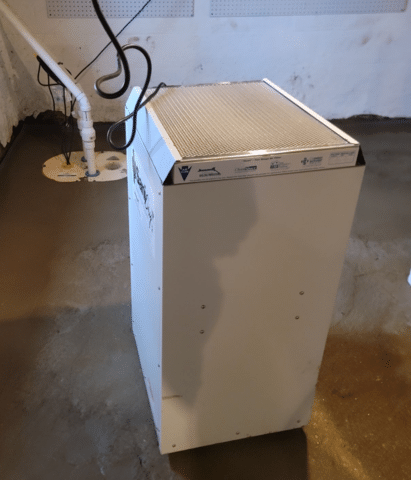 Moisture is a major danger to a home's safety. Water invites wood-eating organisms that generate mold spores. As the wood gets eaten, the structure becomes more unstable, potentially destroying the home. The mold spores are also a danger to the residents' health, causing respiratory issues.   Whule Evan and his team were working, they used a powerful dehumidifier to treat the moisture in the air and prevent any mold. 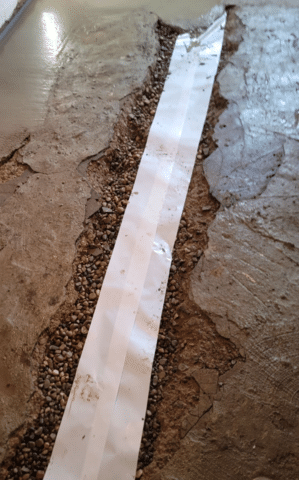 The home is in a location that makes high water yields likely. To ensure the home never encounters regular flooding, Evan and his team installed a WaterGuard draining system.   WaterGuard is a series of channels that are installed under the foundational floor. The Channels connect to the sump pump and direct the water far away and outside of the home.