Our customer called with a basement that flooded every time there was a heavy rain. There were cracks in the floor that had water coming through them. Although the basement had floor drains, they weren't working - this isn't a surprise, as drains can only handle so much without the motorized release process of a sump pump. We installed WaterGuard below-floor drain around the perimeter of the basement and a new TripleSafe sump pump to actively collect and discharge the water. We also used the TrenchDrain system in areas with particularly heavy water flow, as the large grated design allows for rapid draining of water. 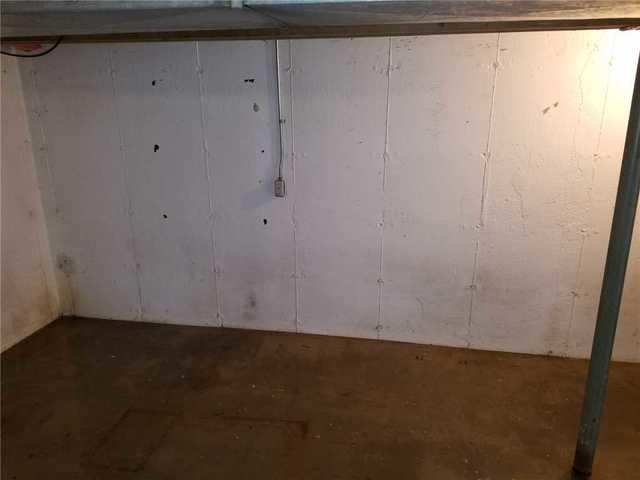 In addition to coming up through the floor, it's clear that water has been coming in through the walls - note the staining. 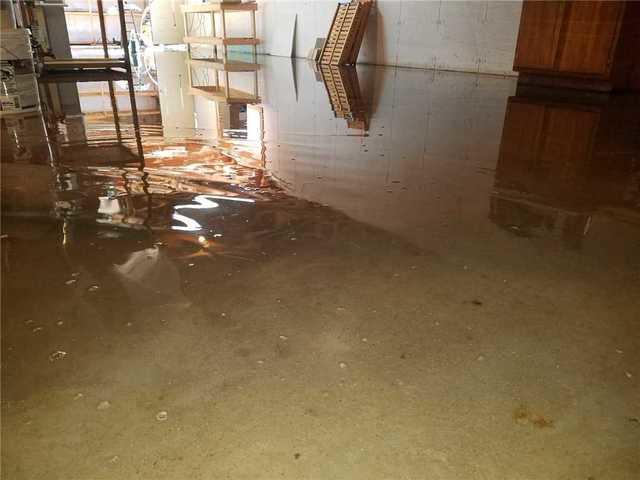 This basement flooded every time it rained - even though it isn't finished, the water was still a hazard and inconvenience. 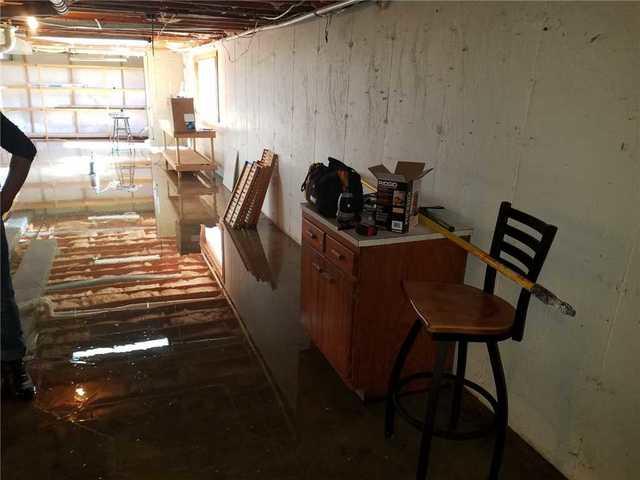 Even a basement that isn't being used as living space has function as storage, but that isn't possible if it's constantly flooding. 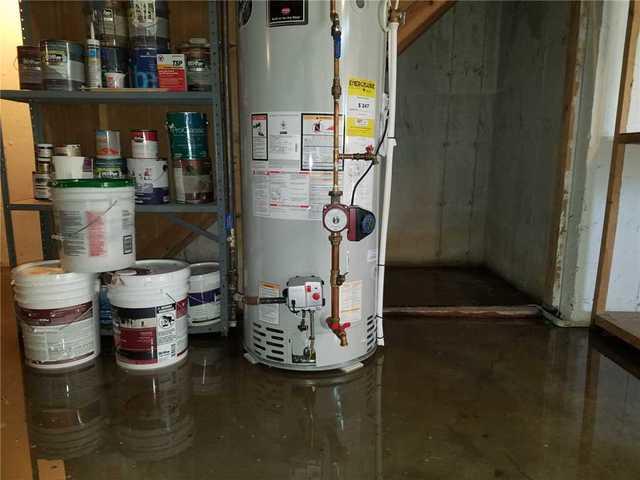 In addition to making it difficult to store items in the basement, standing water can damage fixtures like the water heater or HVAC system. 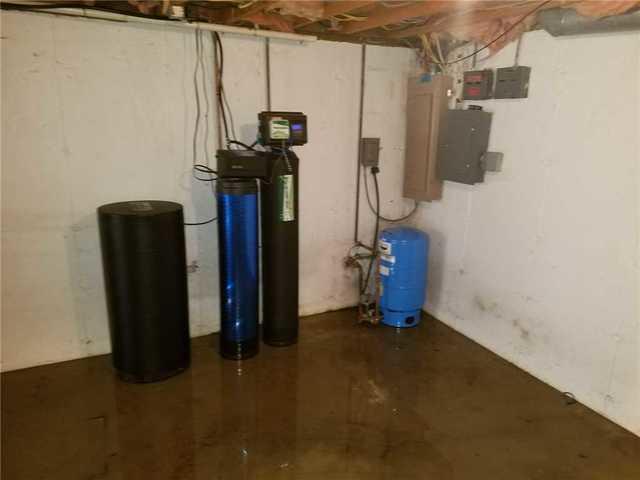 In addition to damaging fixtures, it isn't safe for them to constantly be sitting in water. Electrical appliances can be hazardous when wet. 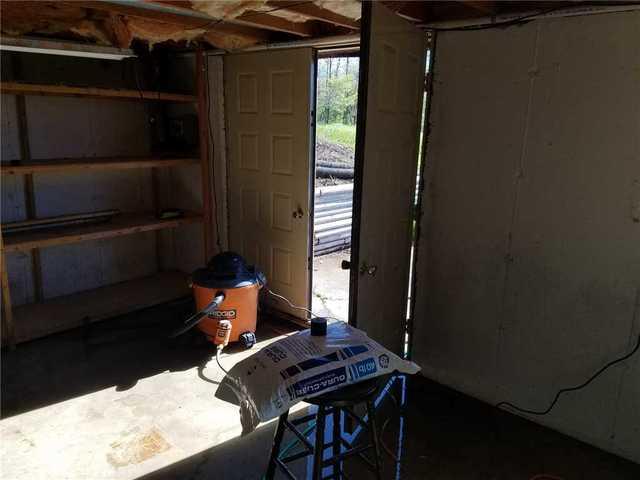 Ah, the shop vac, defender of wet basements everywhere. It isn't a long term solution, and think of the time you waste vacuuming up water every time it rains. 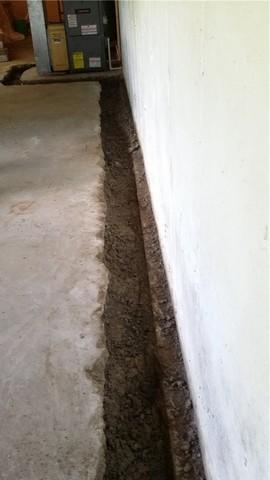 Removing the Floor for WaterGuard

In order to install a below-floor drain system, we need to get...below the floor. This involves jackhammering out a perimeter that we'll pour new concrete over after the system is installed. 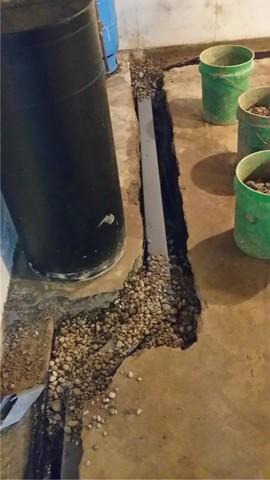 Here, the WaterGuard is installed around appliances to ensure full perimeter coverage without interference.

Here, a crew member makes sure the TrenchDrain system is level before securing it. TrenchDrain is installed in high-water areas like doorways to expedite drainage. It's tied into the WaterGuard so water goes right to the sump pump. 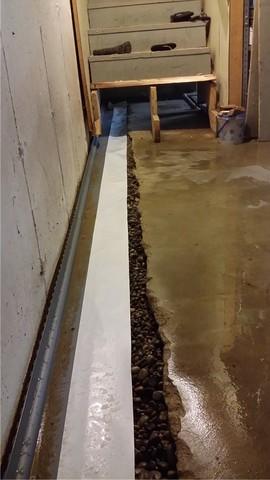 After the system is in place, we secure the WaterGuard before pouring new concrete. 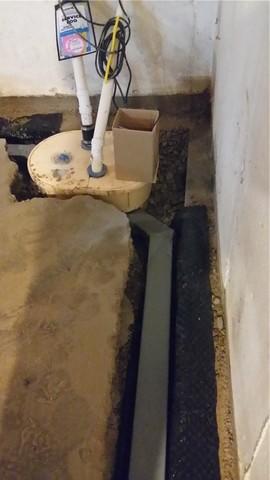 Tying WaterGuard into the Sump Pump

The WaterGuard system is tied right into the new TripleSafe sump pump to make sure all the water gets to the pump and is discharged outside. 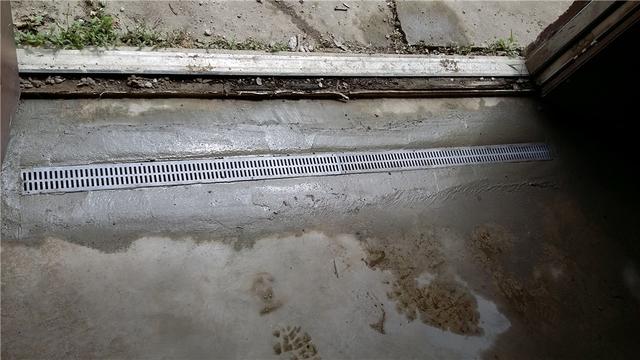 Once the new concrete is poured, the TrenchDrain sits flush with the floor. 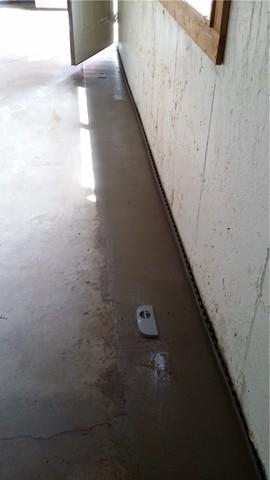 WaterGuard inspection ports allow us to access the system for annual maintenance or in the event of any concerns. 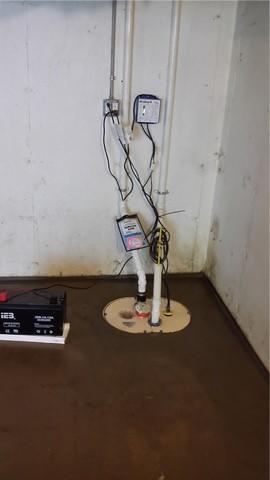 With three powerful motors and a battery backup, the TripleSafe will keep your basement dry, even when the power goes out.