Cheri began to notice cracks and detrioration in her basement walls which led to water puddled on the floor. She wanted to find a fix so that she could stop worrying every time it rained. Many homeowners will try to seal the cracks with various over the counter sealants in hopes that this will fix the problem, but these seals are imperfect when you're dealing with cracks that have any sort of sediment in them and may expand or contract over time. Cheri needed a fix that was going to keep puddles off of her basement floor for good.  The answer for Cheri was FlexiSpan and a Waterguard system. We did put a sealant in any cracks as a primary mode of precaution, but beyond that, we put our WaterGuard drainage system around the base of the wall which is designed to capture water from the walls and direct it to the sump pump. Then we put a special foam strip over the wall cracks and a mold and mildew resistant layer over that. The foam creates a space for water to flow from the cracks, behind the mold-resistant layer, down the wall and into the drainage system. Cheri can rest easy knowing that beyond basic sealers which can often fail, we have a tried and true waterproofing solution installed that she can rely on.

Cracks In The Wall Lead To Puddles On Williamston, MI Basement Floor 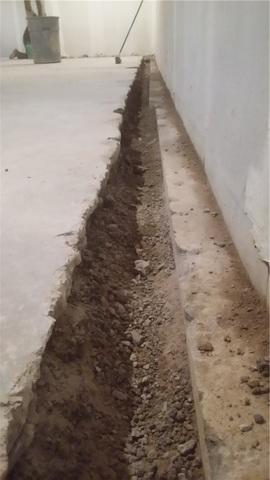 A Small Amount Of Concrete Is Removed Down To The Footer

The WaterGuard system is a great way to waterproof many baseements. The system is placed right along the base of the wall where it captures moisture from the wall. Only a small amount of concrete needs to be excavated and will ultimately be replaced. 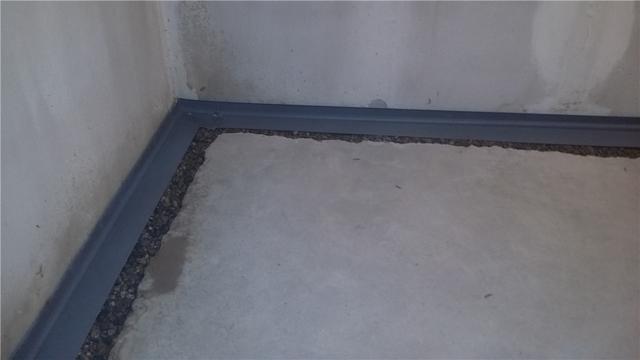 Our WaterGuard system is set right on the footer and directs moisture to the sump pump. Unlike waterproofing on the outside of the home, the WaterGuard system won't clog and reliably moves water out of the basement for years and years to come. 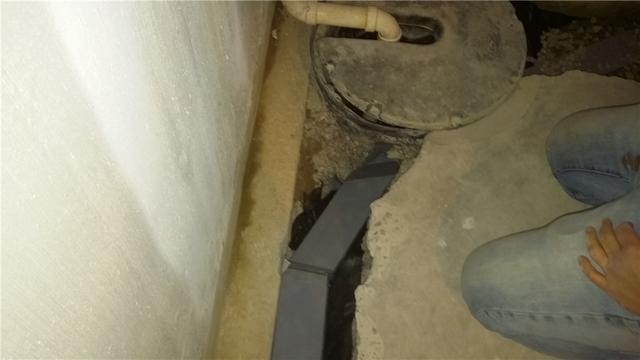 The WaterGuard system directs water to the sump pump so that any incoming water is quickly and easily directed out of the home and away from the house. 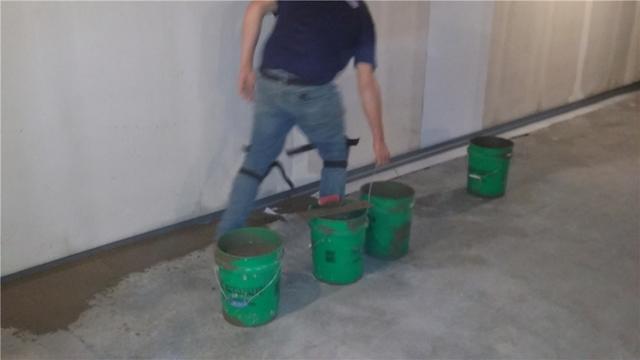 Once the WaterGuard drainage system is in place and the surrounding area is filled with crushed stone, the concrete is replaced so that you almost don't even notice that it was ever removed aside from the small gap that is created at the base of the wall to collect moisture. 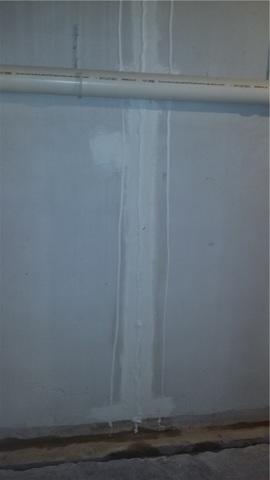 Basement Wall Cracks Get More Than One Level Of Protection

Any cracks in the wall are first injected with a sealant. Many homeowners will take this precaution on their own but ultimately find that its not a perfect solution and its not permanent. Cracks can shift and expand and sediment in the cracks make adherence difficult. This is only step one to our process. We want to make sure the basement is not only dry, but dry all of the time. 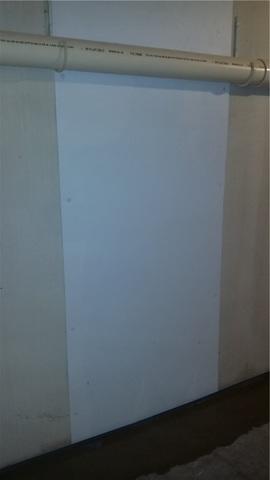 Water From Wall Crack Has No Other Route Aside From Out

Once the wall cracks are sealed, a foam layer is placed over the crack followed by a thick mold and mildew resistant layer. The foam creates a space in which moisture can flow down the wall and directly into the WaterGuard drainage system.