Our customer called with water problems in the basement of their old farmhouse. It still had the original stone foundation, and the basement was leaking, and sometimes flooding. They'd tried several solutions but nothing had worked. Until they called us. We installed a perimeter of WaterGuard as well as inspection ports for easier access to the system and cross tile to give the water quicker escape routes to the new Ultra Sump pump. We also poured a new floor under the staircase and replaced a few of the water damaged stairs. 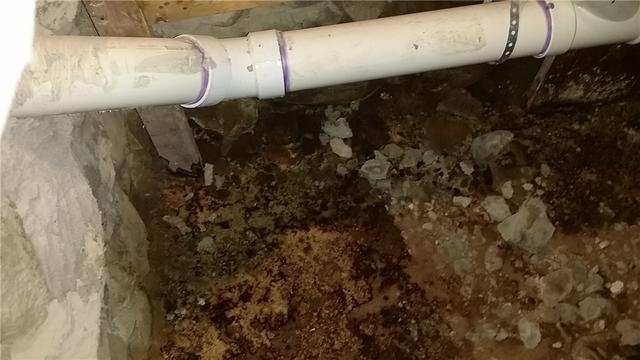 There isn't much floor to speak of in this basement, and what's in tact is riddled with mold. 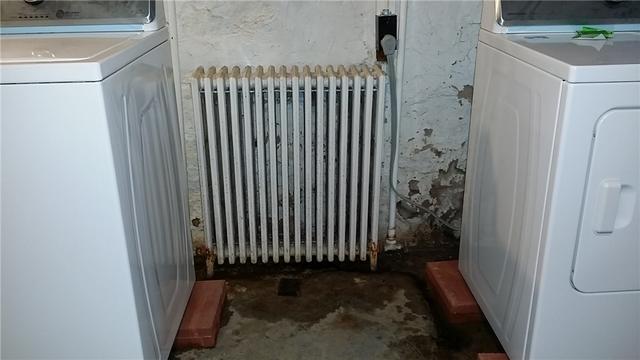 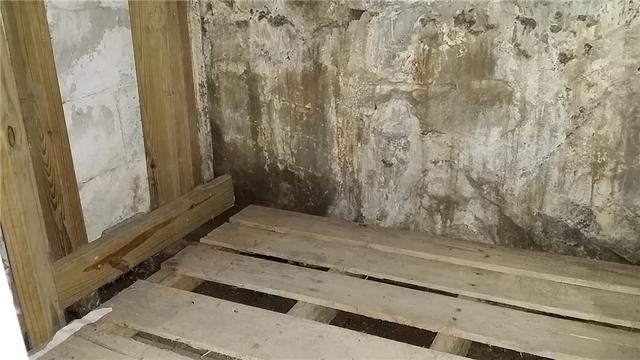 Large swaths of discoloration point to water leaking through the walls in the area under the stairs. That dirt floor likely isn't helping the water problems. 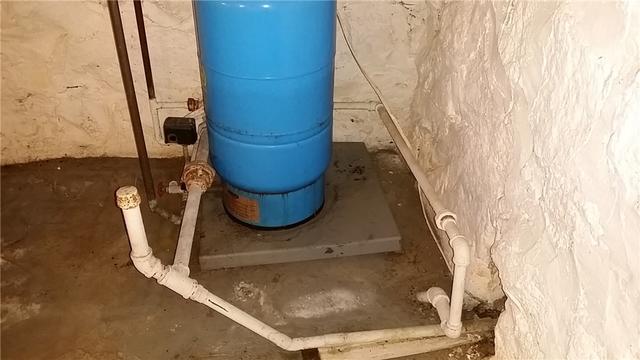 The hot water heater was known to overflow, adding to the ambient moisture problems in the basement. We installed a Flood Ring to keep the water contained and direct it to the WaterGuard. 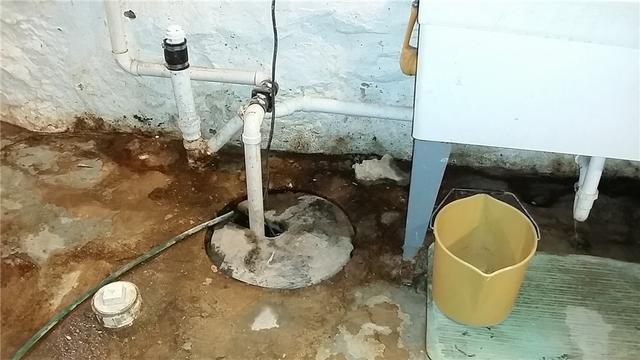 The sump pump in the basement was old and simply not keeping up with the amount of water in the basement. The existing discharge lines were fine, though, so we were able to keep those and just replace the pump. 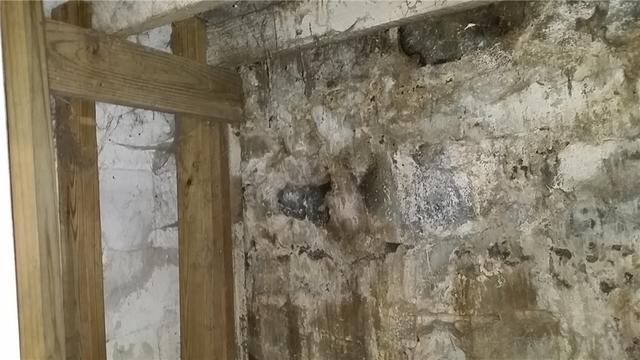 One of the major side effects of water problems is mold. Here, you can see the mold growing on the walls and surrounding wooden beams. It won't be long before those beams lose their structural integrity and can no longer support the floor above. 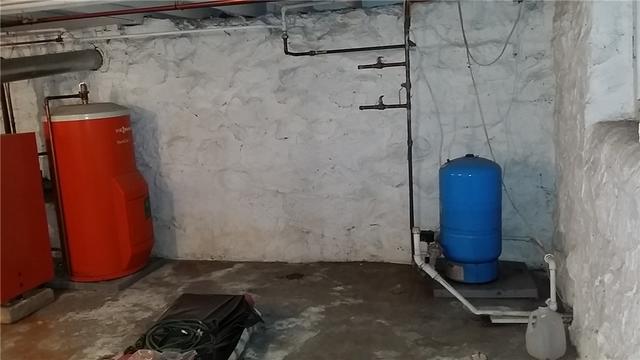 Between the peeling paint on the walls and the heavily stained floor, signs of water damage are prevalent throughout the basement. 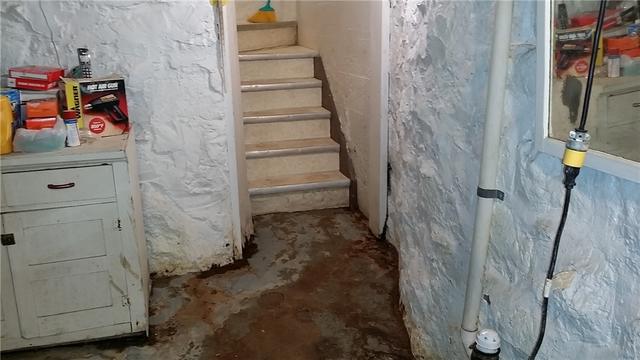 The area at the foot of the stairs was particularly nasty. We actually replaced the bottom few stairs because of the water damage. 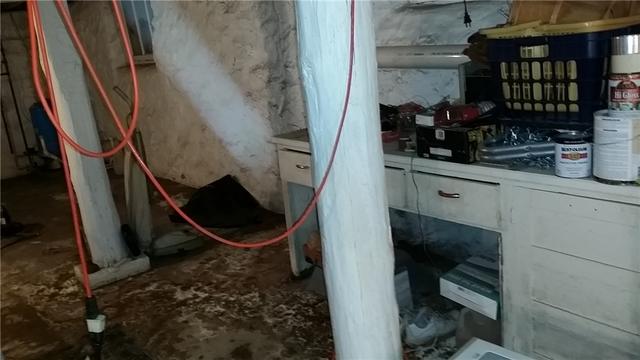 Personally, I wouldn't want to walk on this basement floor without work boots. And maybe a flamethrower. 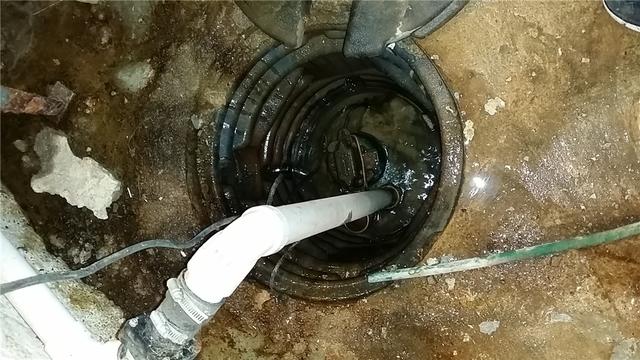 It's unsurprising that the floor around the sump has such heavy water damage - that's where all of the water flows and inevitably backs up as the sump struggles to keep up. 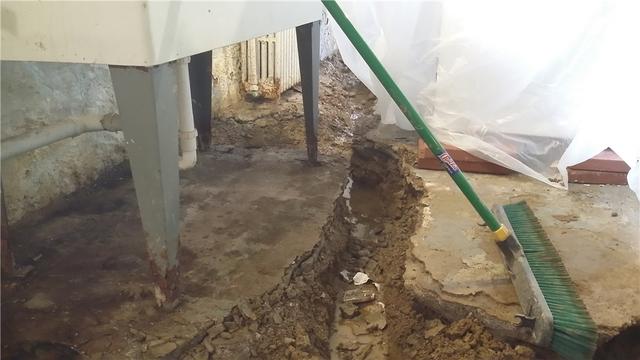 Removing the Floor for WaterGuard Installation

We had to drill out a perimeter of the floor, as well as a cross section for cross tile, in order to install the WaterGuard system. This allows us to tie the drain right into the sump pump and proactively remove the water from the basement. 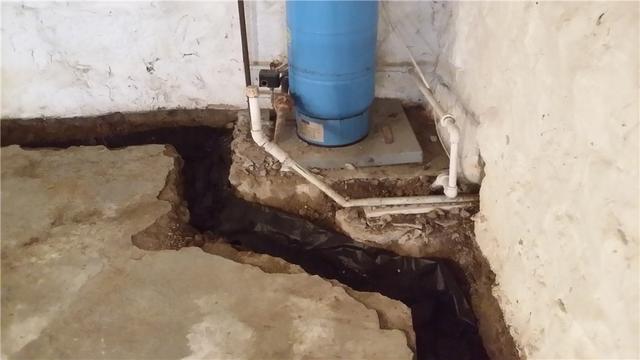 We can install the WaterGuard drain system around existing features, like the hot water heater. 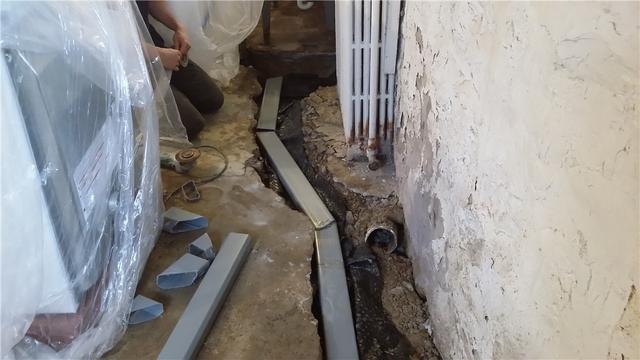 Once the floor is removed, we can install the WaterGuard track, as shown here. 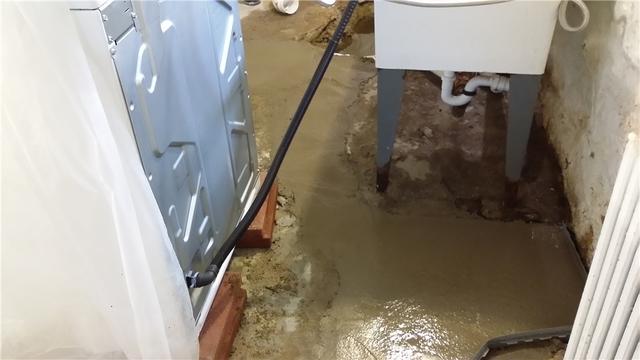 After installing the WaterGuard system, we pour new concrete to restore the floor. 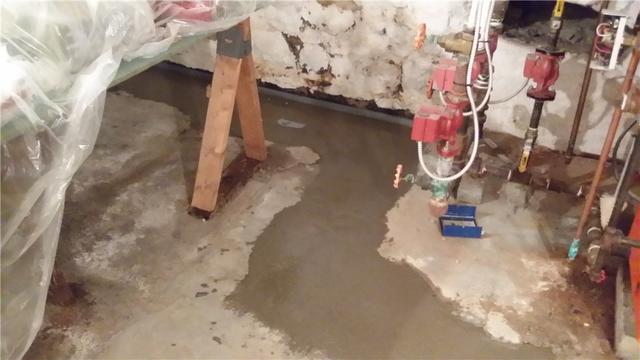 In the event that we need to access the WaterGuard system, inspection ports are installed in a few points on the track. Here, you can see one in the middle at the top of the photo.