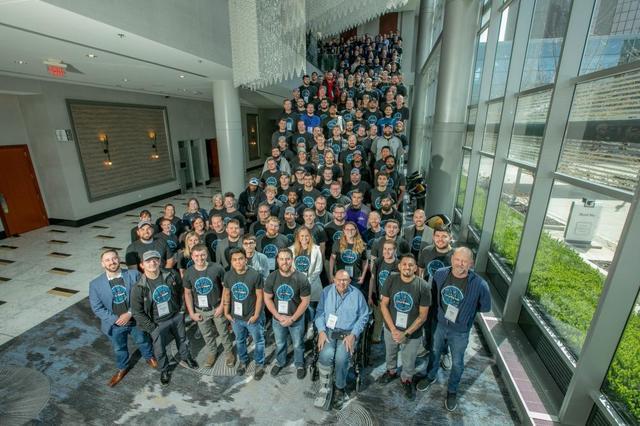 Ayers Basement Systems has been helping homeowners since 1981. It was founded by Virgil Ayers who started the business out of his small garage and had 1 customer. The first job went so well, he used the profit from that job to buy materials for the next one, and so on. After he had a few projects under his belt, he started to get referrals based on his reputation of leaving the basements he worked in cleaner than he had found them and going above and beyond to do the right thing for his customers.

Virgil had experience working for a concrete forms manufacturer, so he decided to specialize in concrete restoration and waterproofing. He hired a few employees and the business started to expand to serve more Michigan homeowners. Soon after Ayers joined the Basement Systems and Supportworks networks to expand the company’s ability to serve a wider geographical area.

Virgil’s one-man team has become a team of about 200, in the office and in the field. The secondhand van he started with is now a fleet of over 30 vehicles. Lastly his small garage has become a building based right here in Lansing and an extension campus in Grand Rapids.

Our team has weathered many storms, figuratively and literally. Recessions, labor shortages, and now even a global pandemic.  We've helped our customers through problems brought on by weeks of double-digit rainfall or months of no rain at all.

Virgil used to have “To my customer: I may not have the answer, but I’ll find it. I may not have the time, but I’ll make it. I may not be the biggest, but I’ll be the most committed to your success” on the back of his original business cards. Virgil’s promise still rings true in Ayers’ mission statement. Everyone who joins the Ayers team takes pride in representing a company that was founded on hard work and integrity and that continues to be focused on helping Michigan and Northern Indiana homeowners!